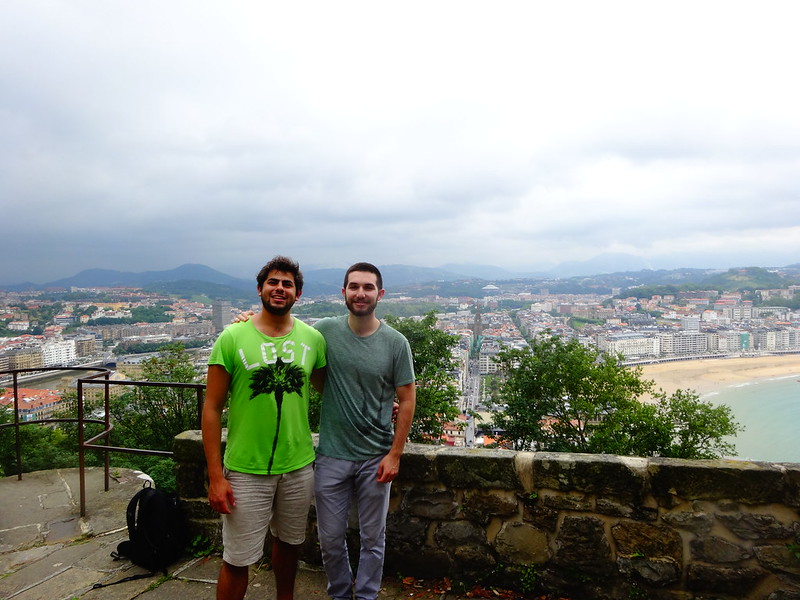 For the past 10 months, I have roamed around most of Western Europe and Morocco; a nomad with one eye on the next destination even as I was enjoying the moment wherever I happened to be. 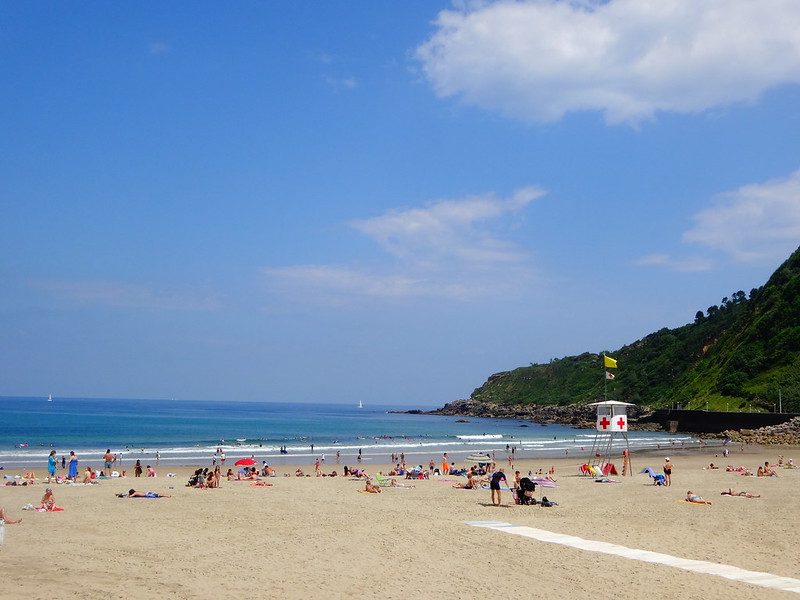 Maybe I fell in love with San Sebastian because I was simply getting tired of the constant pull of the road, or maybe I was feeling a little homesick and this place resembles San Diego more than any other I’ve been to in Europe. 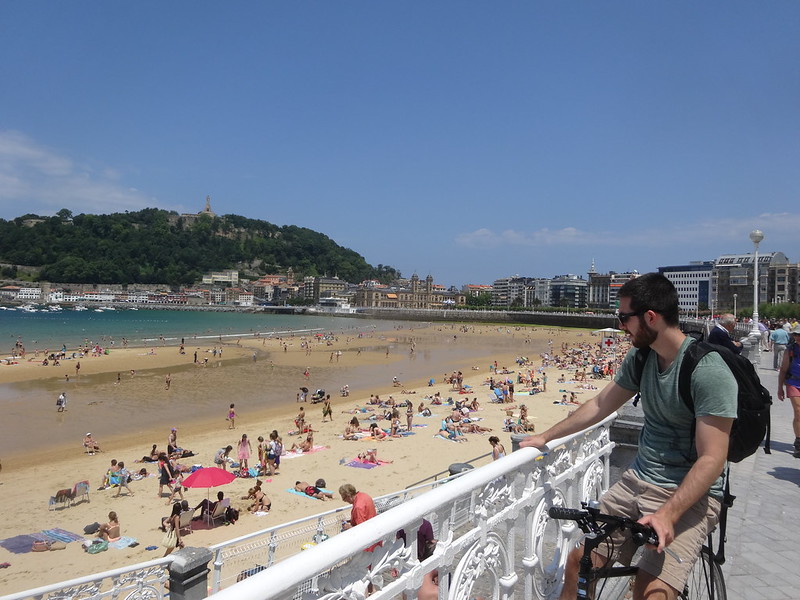 There are some key differences between home and San Sebastian. For one, the beaches here are topless: Salo was quite enchanted by the assortment of exposed breasts basting in the sun. 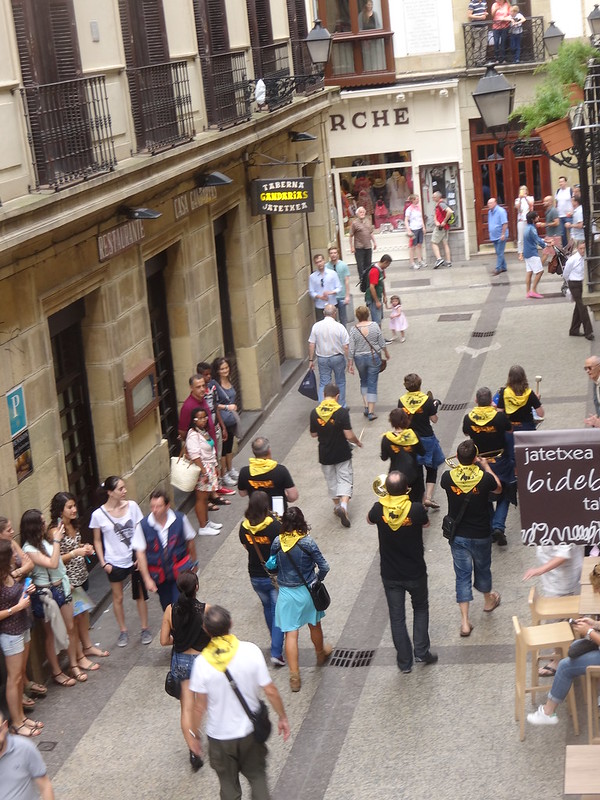 The people here are always ready for a party: the week we came was filled with festivals and marching bands flooded the streets with music. 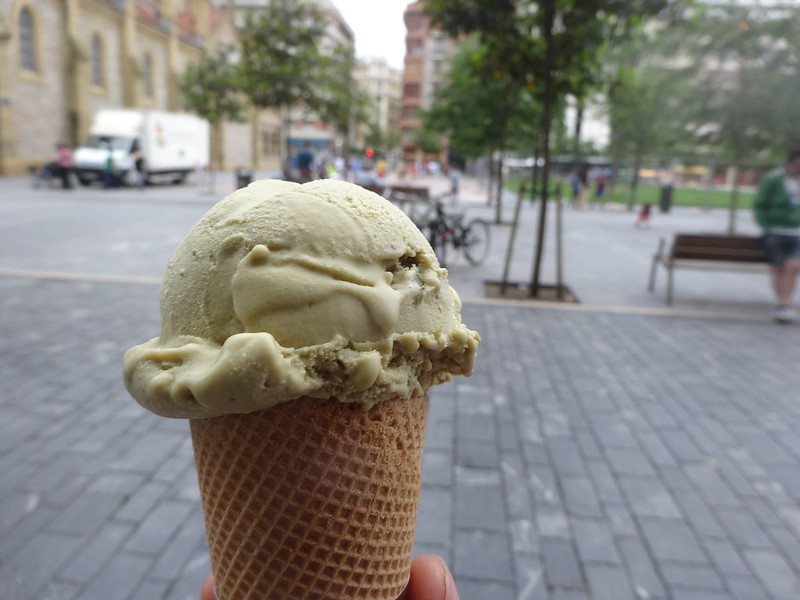 In my last post, I talked about the incredible food we ate here; lest I forget, they also had gelato on par with what I tried in Rome–you can’t have a sandy beach town without a scoop of pistachio gelato every now and then. 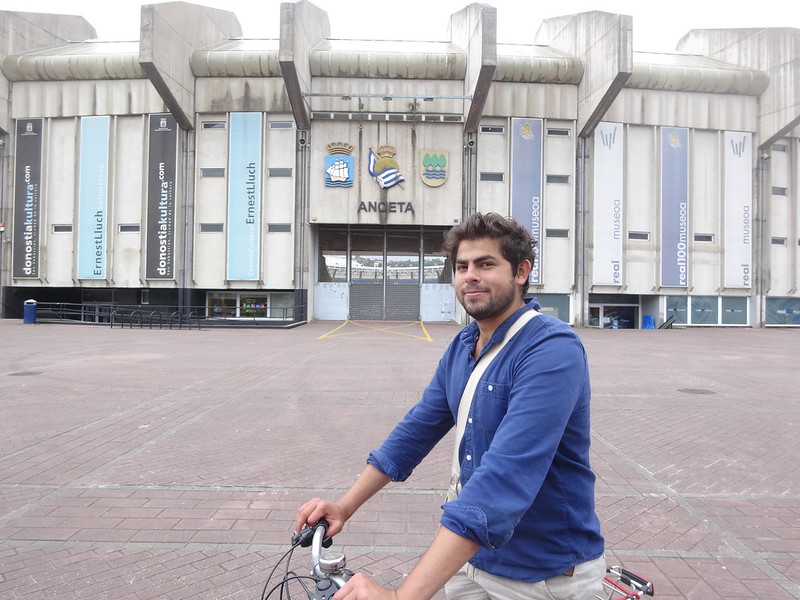 San Sebastian calls Real Sociedad its own–not that I need a football team at this point, since I fell for Real Betis back in February, but it’s nice to have a diversion during the off-peak winter months here. 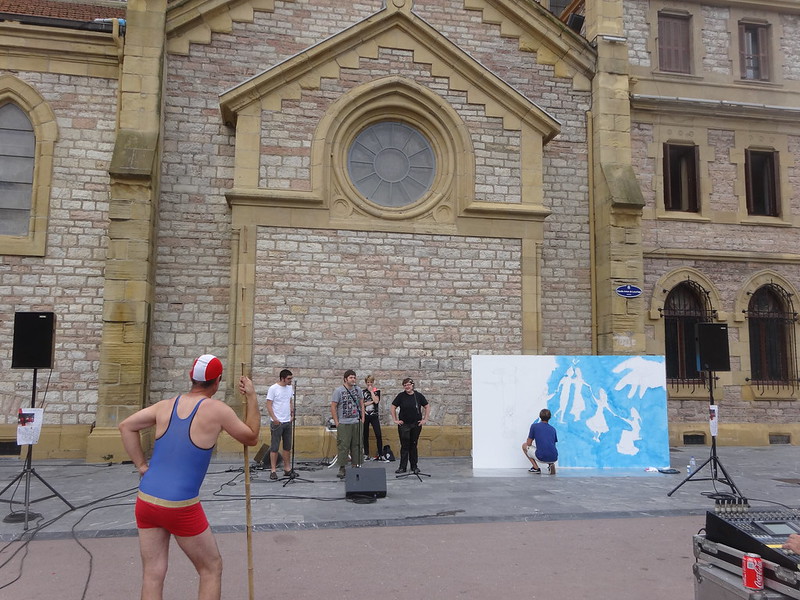 One thing I was a little worried about before coming to Basque country was the attitude of their people. Considering their history of isolation and subsequent persecution under the Franco regime, I figured the tales I’d heard of cold-hearted Basques were true, but instead I found conversation with Basques everywhere I went. They certainly are different from your average Spaniard, but only in the best way. 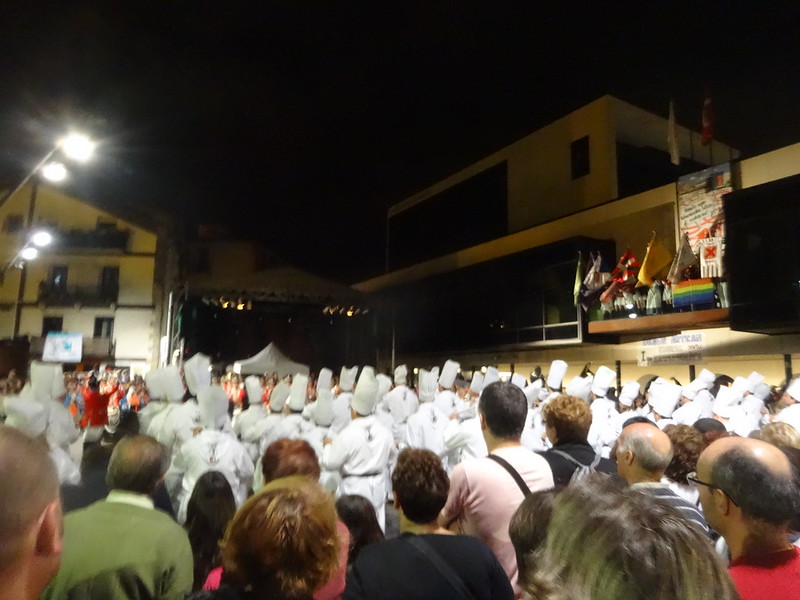 After Franco’s death and Spain’s entry into democracy–or something that at least resembles it–Basque Country underwent a cultural and spiritual renaissance. At a festival in the small nearby town of Lasarte, Salo and I befriended a witch; apparently the practice of the local pagan religion is picking up again. 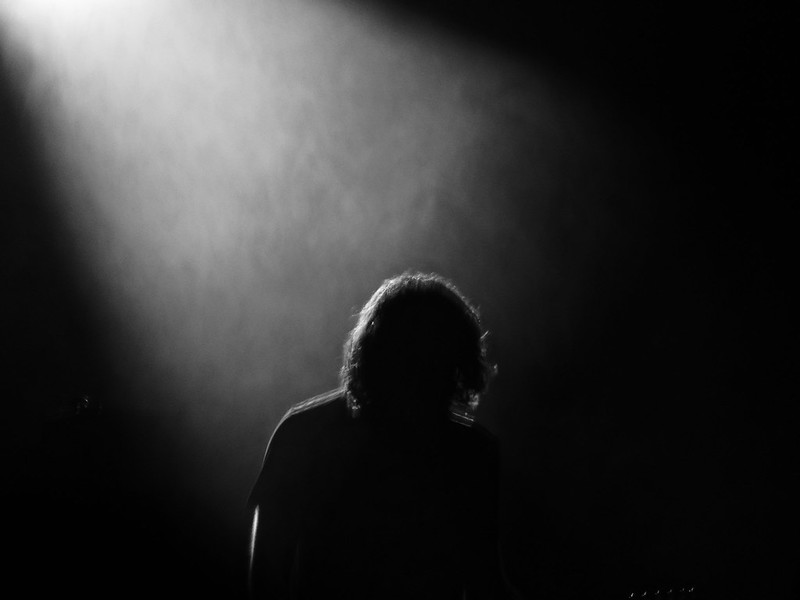 At this same festival we saw Berri Txarrak perform–picture Rage Against the Machine, but singing in Basque. 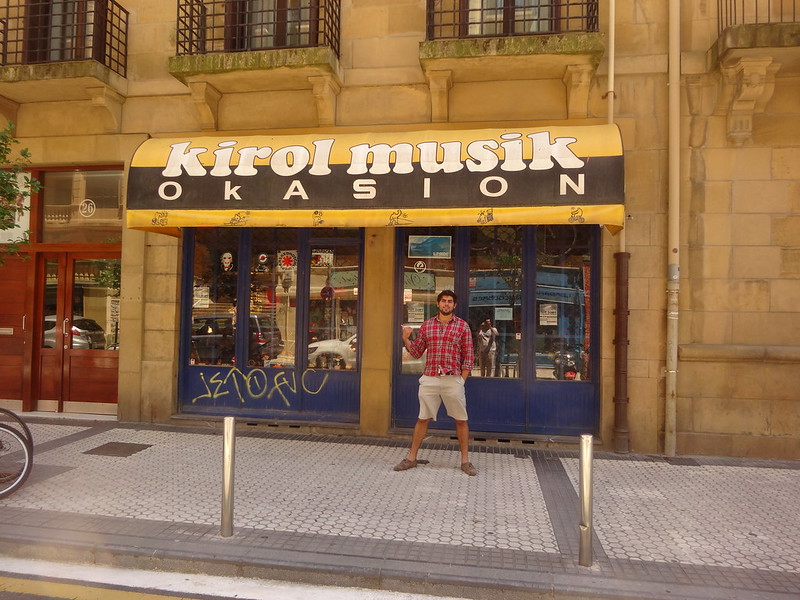 Probably the coolest guy we met in San Sebastian was Unai, a curly-haired dude who worked at this surf shop–unfortunately, it doesn’t seem to have a website or a Trip Advisor profile, but it’s at Calle Zabaleta, 26. You’ll get a great deal on bike or surfboard rentals, but also learn a lot about events that tourists don’t know about–like the festival in Lasarte–and probably get a free beer voucher from Unai for no reason other than he’s awesome. Sadly the shop was closed on the day we left, so I didn’t get to take a picture with him. 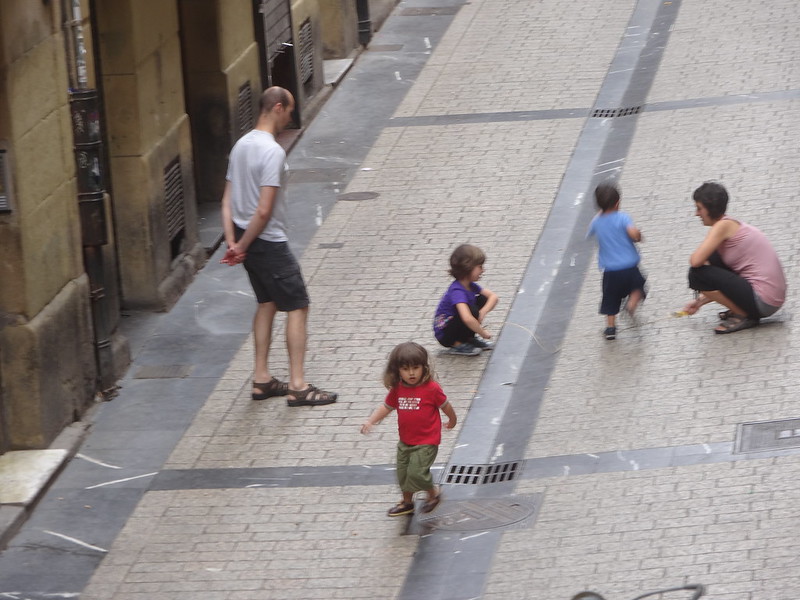 We were only in San Sebastian for 5 days, but before we arrived we were told that it was a city we only needed one day in. I can see how that might be possible during the rainy winter months, but can’t now. 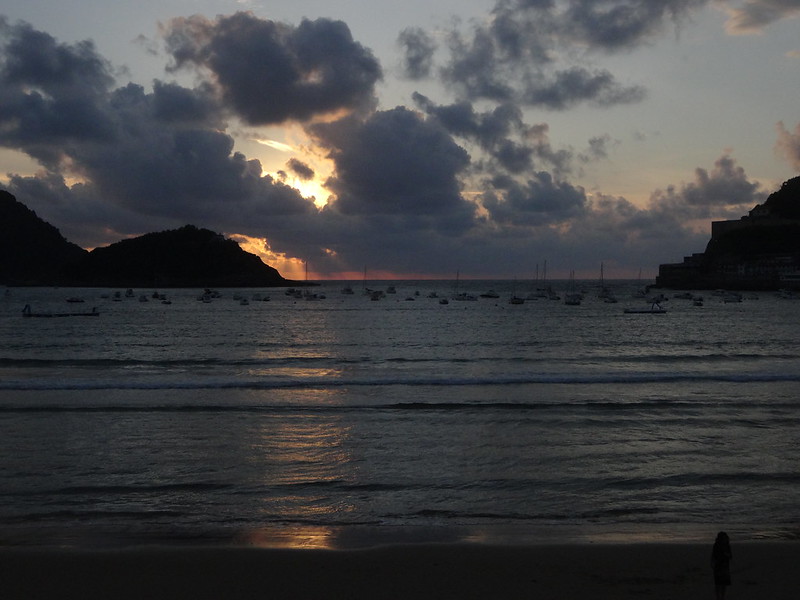 On our last evening in town, we went to Playa la Concha and watched the sun set over the bay. The clouds were puffy and lazy and the sun didn’t quite break through all the way, but it still saluted us before we turned around and went back into the old city for one last round of pintxos. Finally, after 10 months on the road, I found home–and I will be back.

Have you ever traveled somewhere and didn’t want to leave? Where do you call home when you’re on the road? In case you missed it, you should see the food in San Sebastian–probably the first reason I fell in love with this place. First time visiting the blog? Subscribe for free and you’ll get updates sent directly to your inbox!