Not once, not twice, but three times have I been to Madrid. 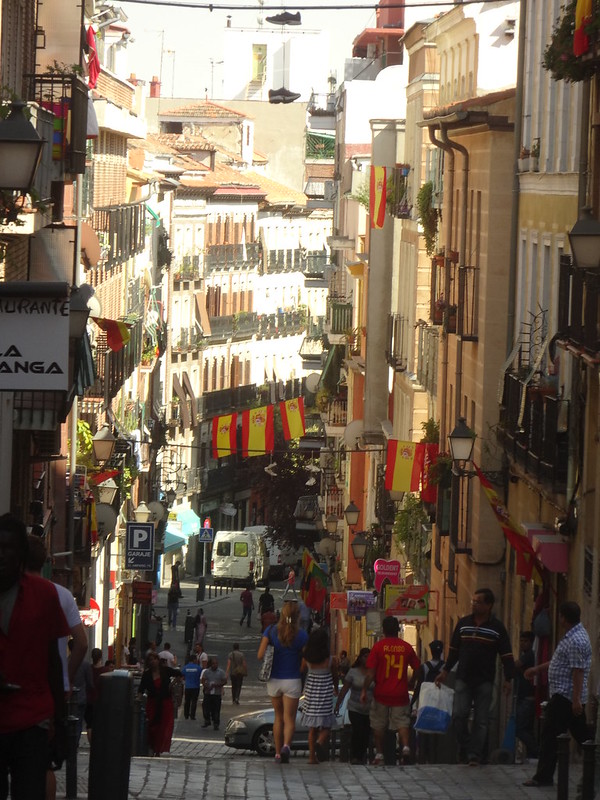 If you don’t look beyond the never-ending urban sprawl, you might never grow to like the city. I’ll be the first to admit that this massive concrete jungle in the midst of the Castillian desert plain is not easy on the eyes, especially when you’re fresh off the plane and have no idea where anything is. 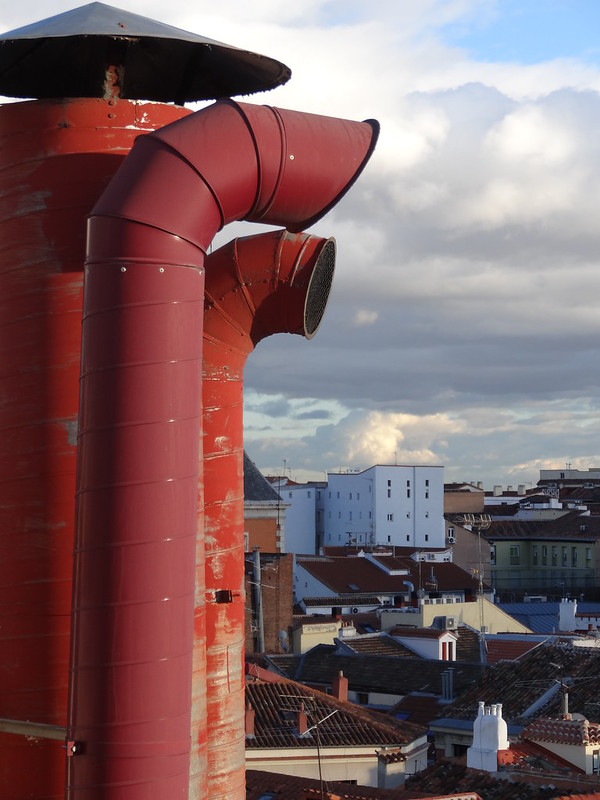 Madrid might not win any awards for its looks, but it is brimming with culture, and its location is perfect for day trips to Toledo and Segovia. So when my cousin Salo from San Diego told me he was coming to Spain and wanted to meet up, I couldn’t resist coming back for a third time. 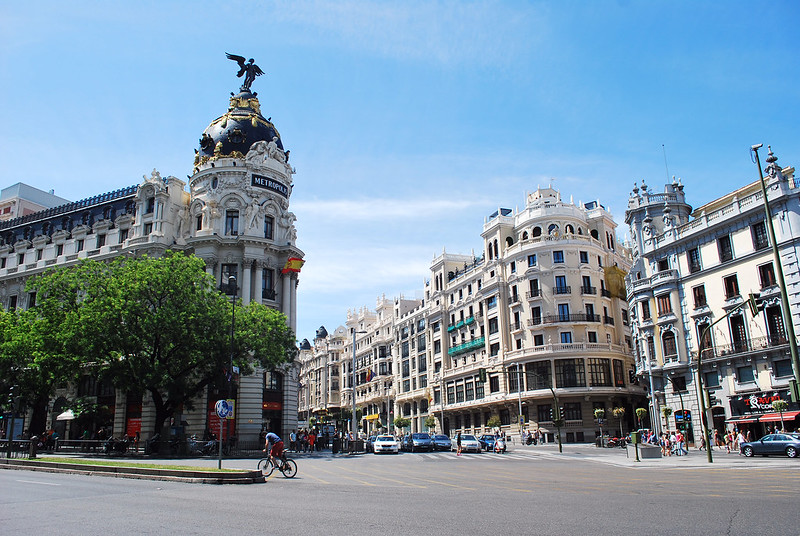 Having already gotten a decent feel for the city, I decided to see if I could stretch out my budget to the limit while still having an awesome time. Did I hold myself to 10 euros per day? No, not even close! My final tally after six days in Madrid was about 159 euros, or 26 per day. Considering what we did, I think you’ll agree I did pretty well.

My Couchsurfing hostess Aleksandra took me out with some friends of hers near the central neighborhood of Lavapies and we watched Mexico put on a brave performance against Brazil in the World Cup. 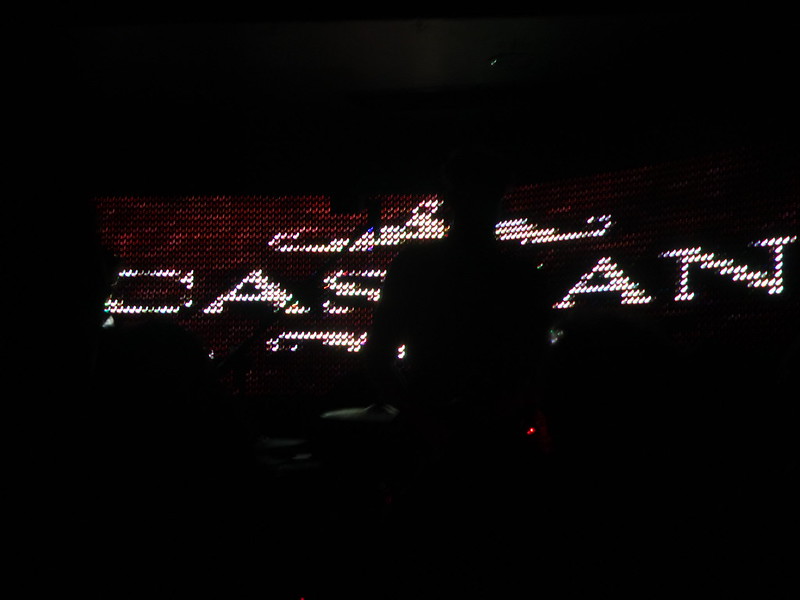 I moved a bit north to an apartment near Parque Retiro and met Mike, a California expat who let us stay in his apartment thanks to a fortuitous connection to Salo (it’s a long and unrelated story). He treated me to a few beers, and later that evening, I rendezvoused with Aleksandra and a group of her fiends to watch Spain collapse against Chile. When night came I splurged 23 euros on a ticket to see one of my favorite bands, Caspian, bring the house down in a cacophony of beautiful noise. I came back home around 1 AM and was greeted by Salo, who had just arrived from Israel. 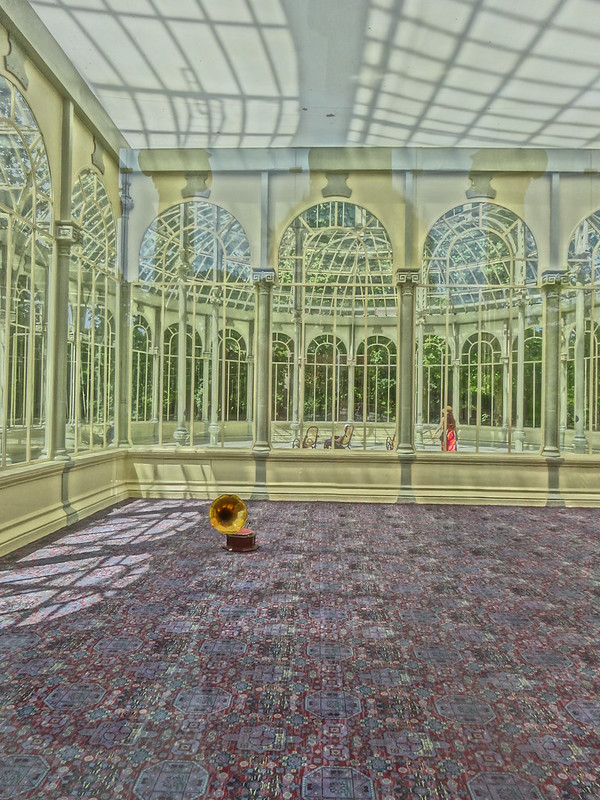 On our first day together in Madrid, Salo and I got off to a slow start. Mike took us out for a late breakfast at a nearby pastry shop, and then Salo and I walked through Parque Retiro. 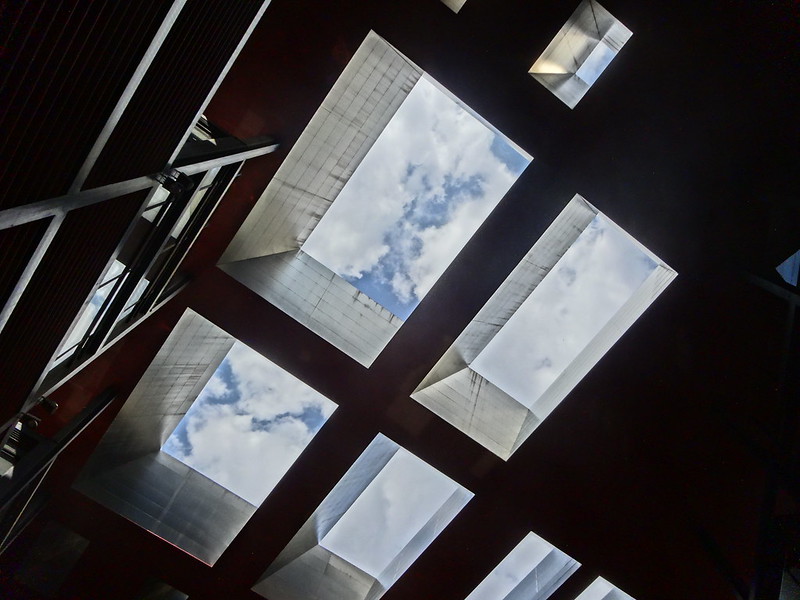 We ate lunch at an Indian restaurant in Lavapies and then used our expired university student ID cards to enter the Reina Sofia and take in Guernica for free, then spent the remainder of the afternoon browsing through an antique bookstore and enjoying some cheap wine and tapas. 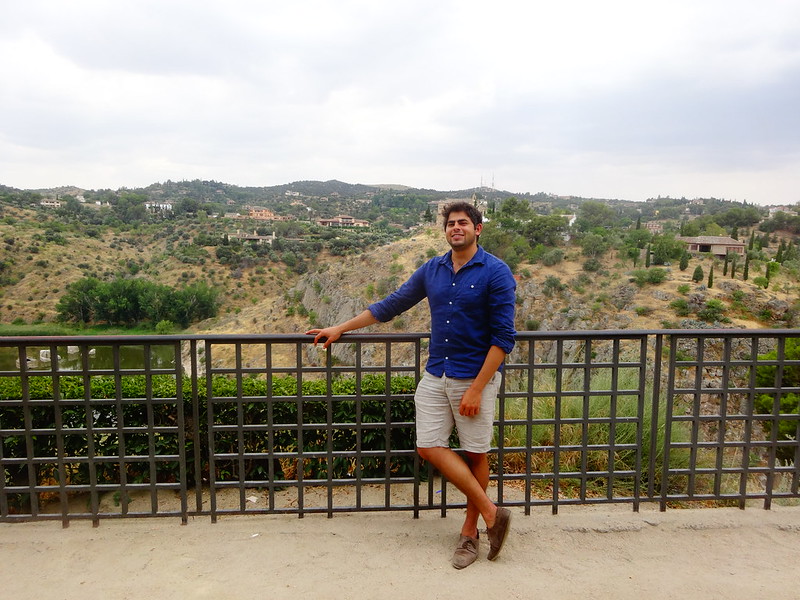 Salo wanted a taste of Jewish history in Spain and I was feeling a tiny bit overwhelmed by the bustle of the city, so we spent the day in Toledo. 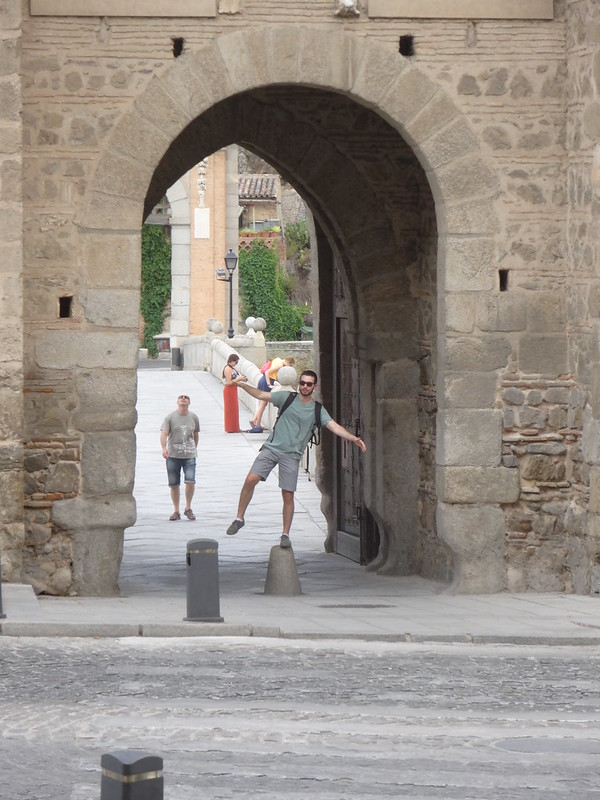 As this was my second time visiting, I steered us clear of the over-priced church and took us to the Jewish quarter to visit two of the synagogues that still stand in the old city. 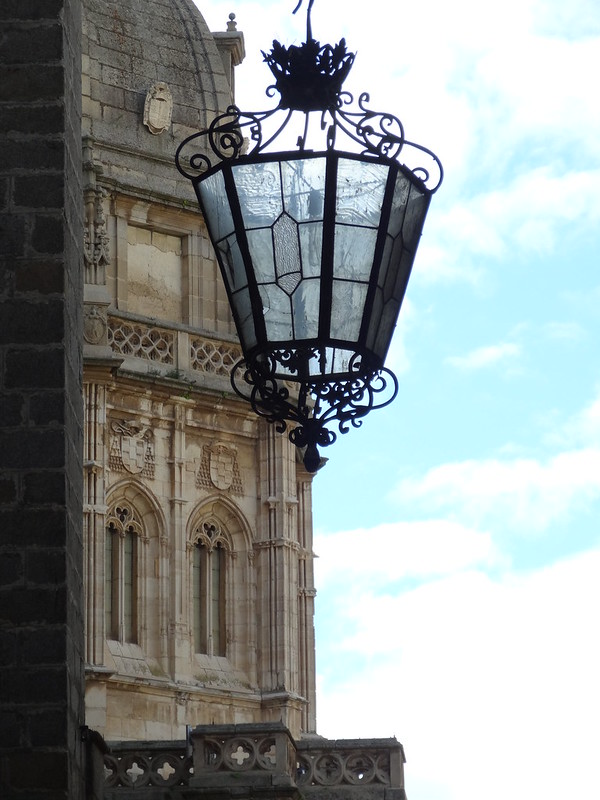 When we returned to Madrid later that day we cleaned ourselves off and went out for tapas near Sol, where bar after bar was filled with a chattering mix of people. 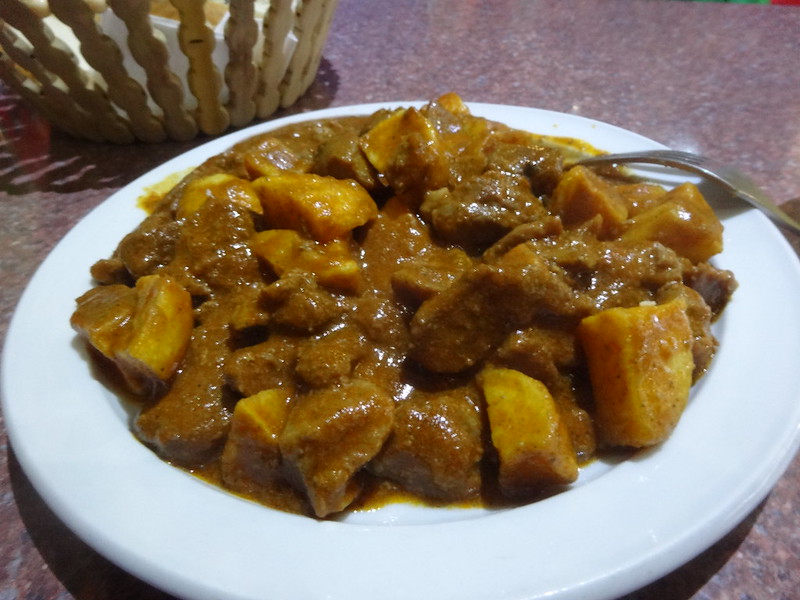 Towards the end of the night we found ourselves in a bar near the opera house; the patrons were mostly Ecuadorian, which was obvious by the yellow jerseys many of them wore, and the pained sighs of exasperation as their team played Honduras. Unfortunately we didn’t stick around long enough to see how they reacted when Ecuador won. 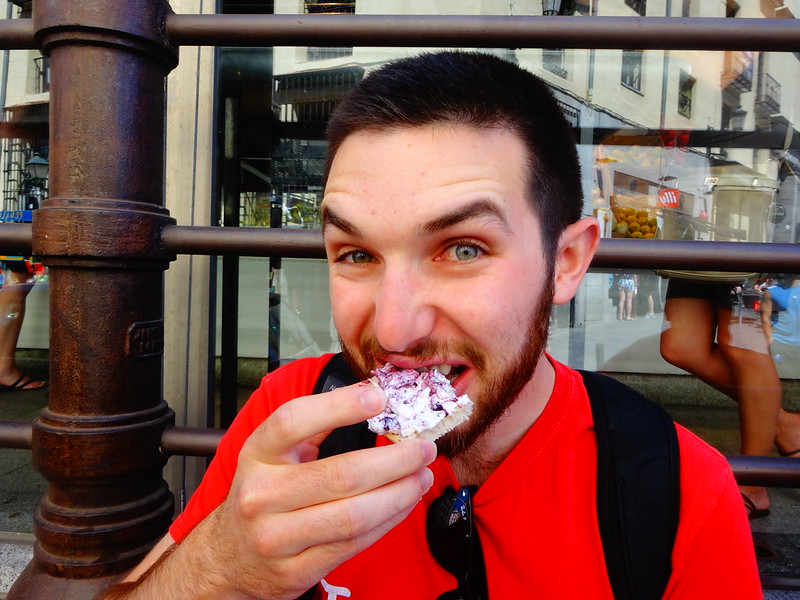 No visit to Madrid would be complete without at least one meal at Mercado San Miguel, a somewhat pricey establishment worth the splurge in the heart of Sol. 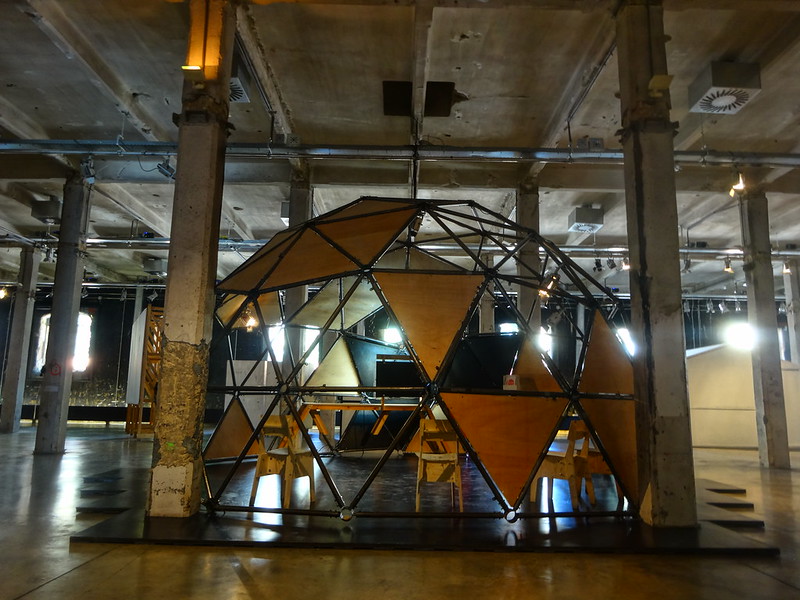 After we feasted on tapas featuring all sorts of critters, we took the metro south to the gentrifying district near the river and toured the Matadero, a slaughterhouse converted into an arts center. 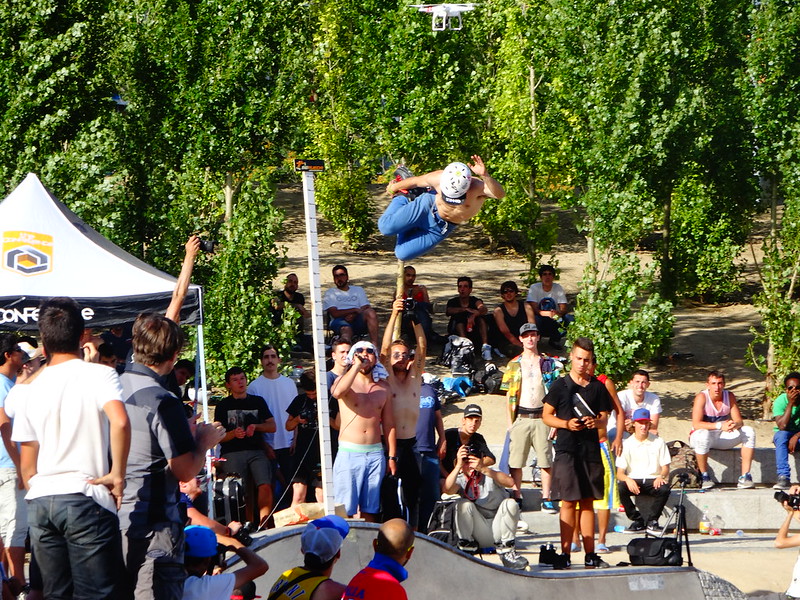 Not far from the Matadero, Parque Lineal follows the curve of the Rio Manzanares, and acres of green space and sports fields lie adjacent to wide paths for walkers and bikers. A skatepark in Parque Lineal was hosting a roller bladeing tournament, and we were lucky to catch these daredevils in the act. 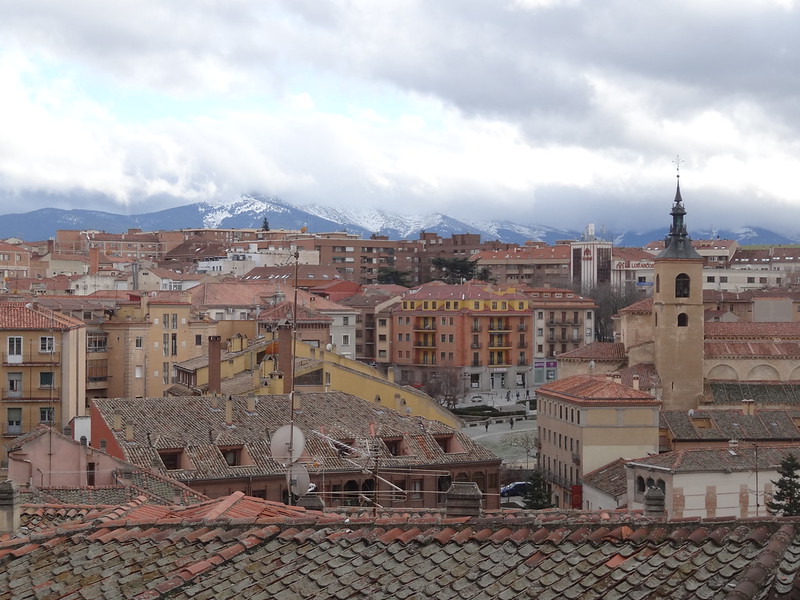 We spent our last day in Madrid outside of the city and took the train to Segovia, a former stronghold of the Spanish Reconquista. 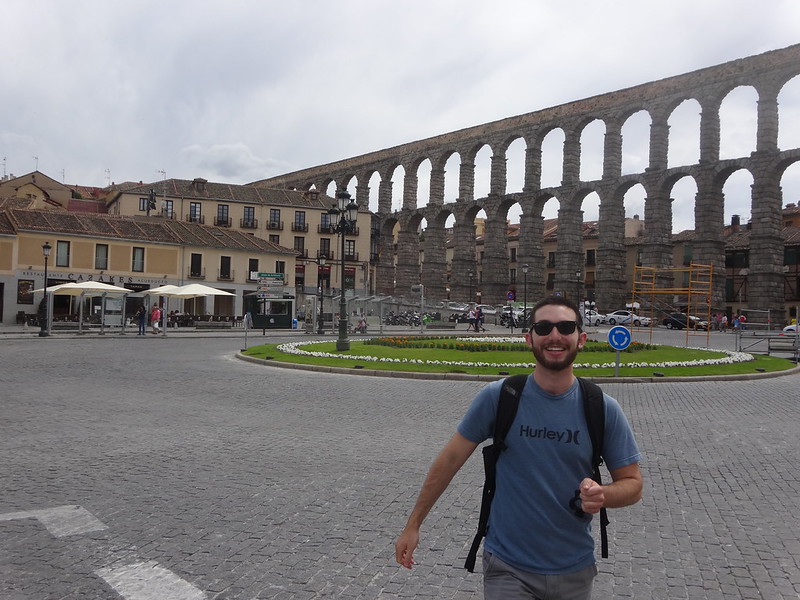 While Segovia is best known for its imposing Alcazar and its Roman Aqueduct, its cathedral is also worth a visit. 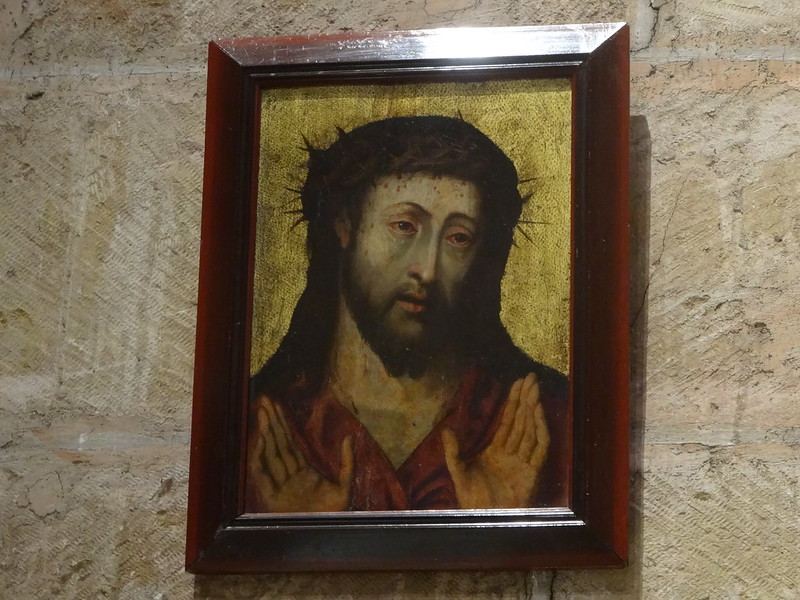 This painting sits in the cathedral treasury, and while I’m sure the artist had other intentions, it looks like Jesus needs to go easy on the weed.

There you have it: 6 days in Madrid, including two day trips, one concert, three museums, lots of tapas, and some insane roller bladeing tricks. Maybe it’s not 10 Euros per day, but with a little bit of discipline your money can go a very long way in Madrid!

If you want to make the most of your trip to Madrid, definitely consider using Kedin as a one-stop resource for all things cultural happening in the city. Intrigued by the possibility of finding life in the midst of a concrete jungle? Check out Brussels, which might seem ugly at first but has its hidden charms. If Segovia and Toledo seem more like your style, some other awesome smaller cities in Spain worth taking a peek at include Logroño and Girona. If this is your first time here and you want to learn more about budget travel and some of the awesome places you didn’t realize you could actually afford, don’t forget to follow this blog!