If you’ve ever visited Italy or taken a rudimentary course in Art History, there’s a good chance that you’ve been told a certain Florentine master named Giotto di Bondone marks the turning point in Western Art from Medieval/Gothic to the Renaissance. Among many of his masterpieces, perhaps none embody his adaptation of Classical Roman form and bold use of color better than the Arena Chapel of Padua. The deep blue hue of his fresco cycle at the Arena Chapel is a bedrock example of early Renaissance art, and is frequently cited in art history textbooks.

During my undergraduate education as an art history major at Brandeis University, my coursework was overwhelmingly focused on the West–particularly the Renaissance of Italy and Northern Europe. I can’t blame my professors or the department for this focus; ever since the Florentine Giorgio Vasari penned the first modern history of art, the discipline has always focused on the West. While comparative art courses are now a staple of the curriculum–I took a survey on Japanese art and fell in love with the delicate ink paintings and caligraphy of the Muromachi period–there was never much focus on the art of Eastern Europe or the Balkans. 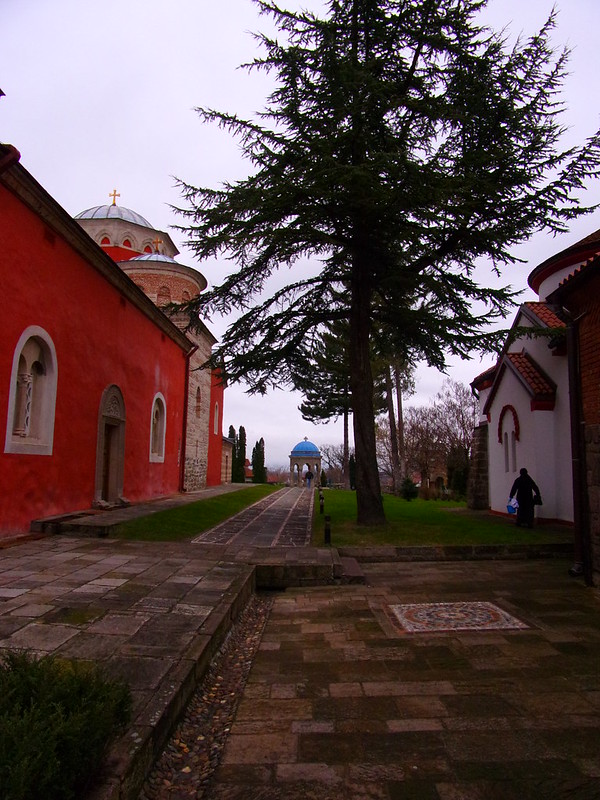 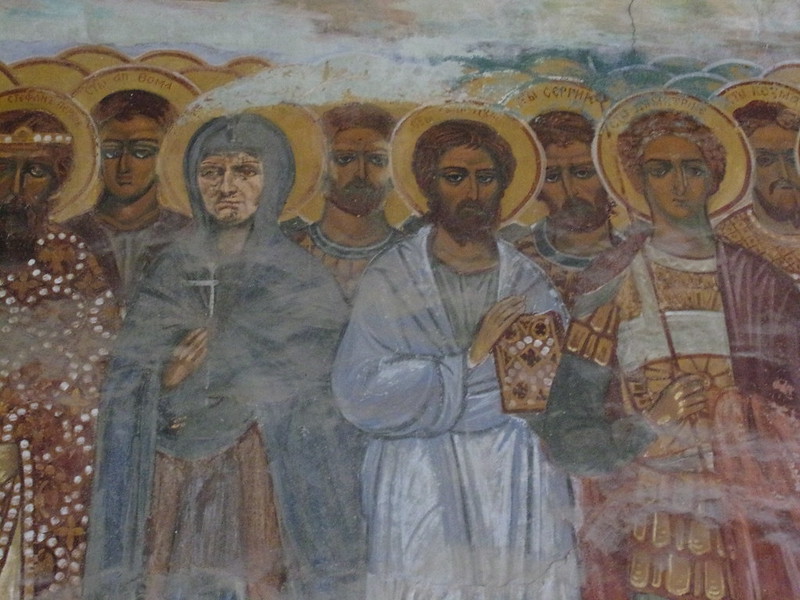 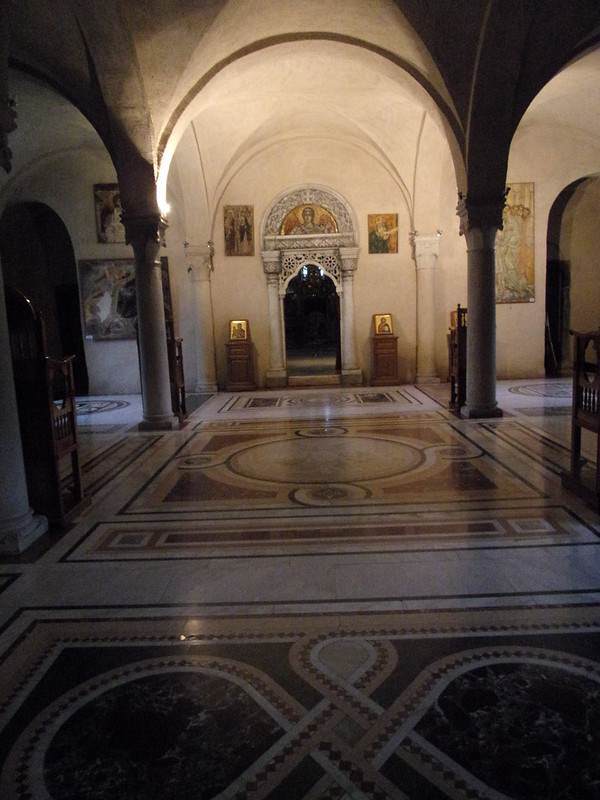 Imagine my disbelief when I entered the monastery of Žiča, 200 km south of Belgrade, and saw frescoes on the walls here that were as old as Giotto’s, including a few nearly 100 years older. The same arresting blue background, with figures that belie the Eastern, Byzantine hand that painted them, are no less impressive than Giotto’s own work. As with the rise of the Italian Renaissance, the construction of Žiča and other nearby monasteries coincided with an upswing in prosperity and sovereignty. The consolidation of the medieval Serbian state and the founding of the Serbian Orthodox church by St. Sava at the end of the 12th century were two major factors in the building of monasteries across the land. Thanks to the Mongol invaders of the 13th century, most of Žiča was destroyed, so the majority of the frescoes inside the church date to a rebuilding that took place during the late 13th century, just as Giotto was beginning his career. 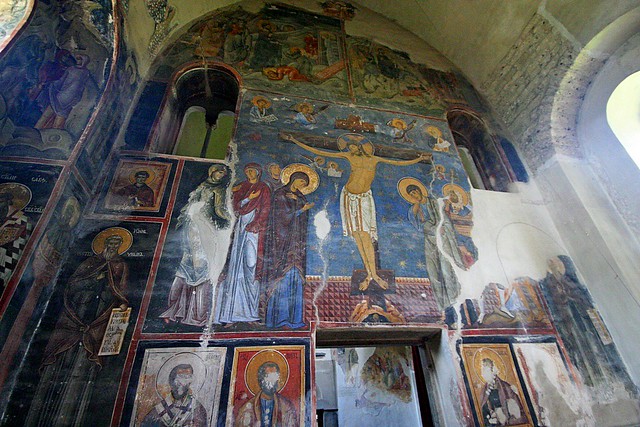 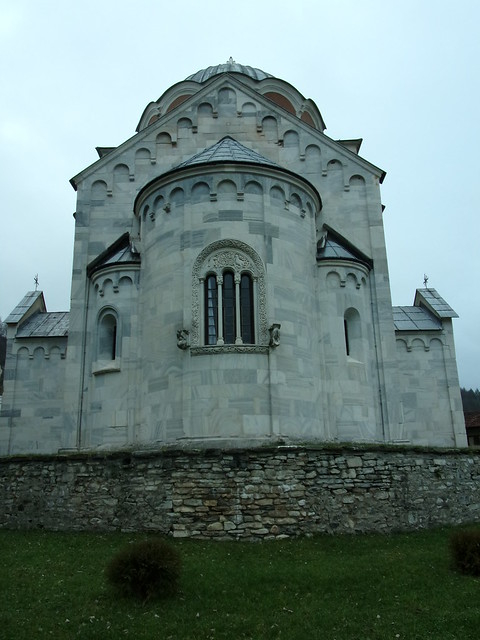 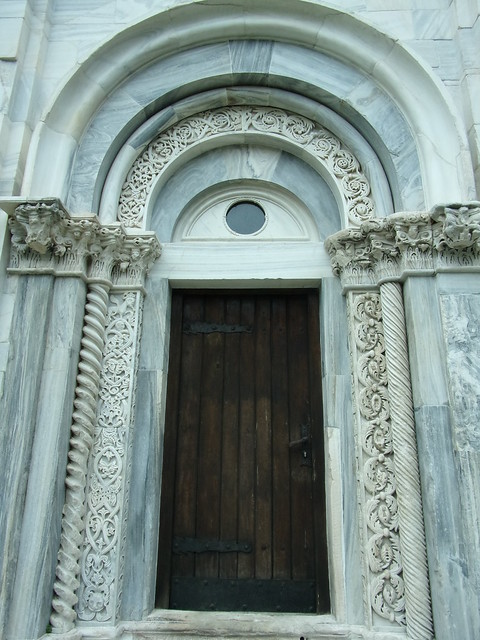 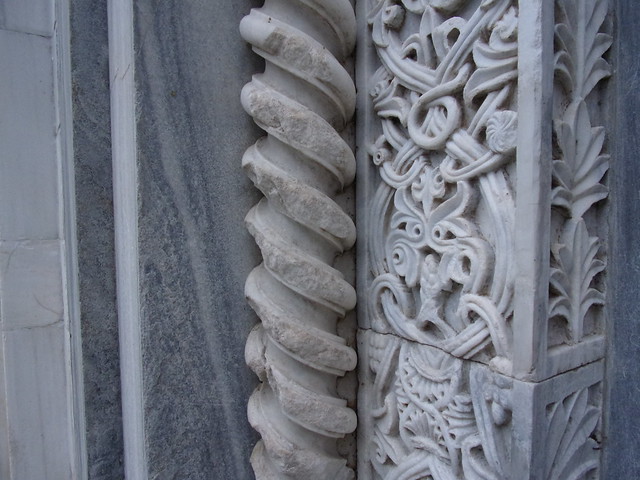 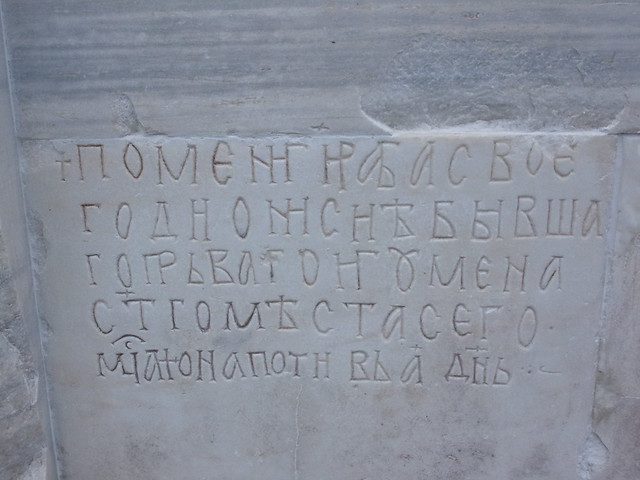 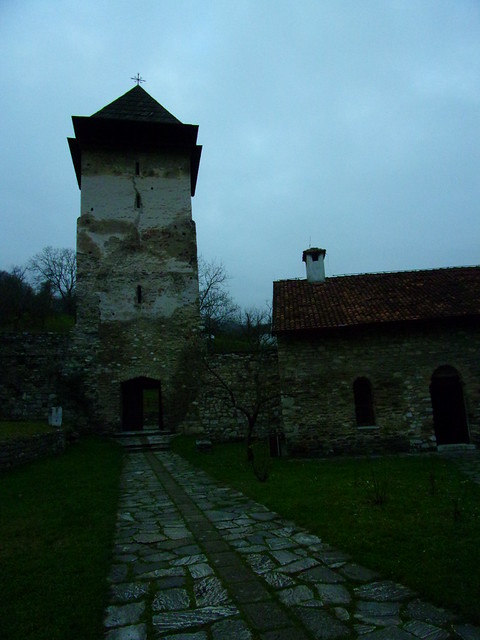 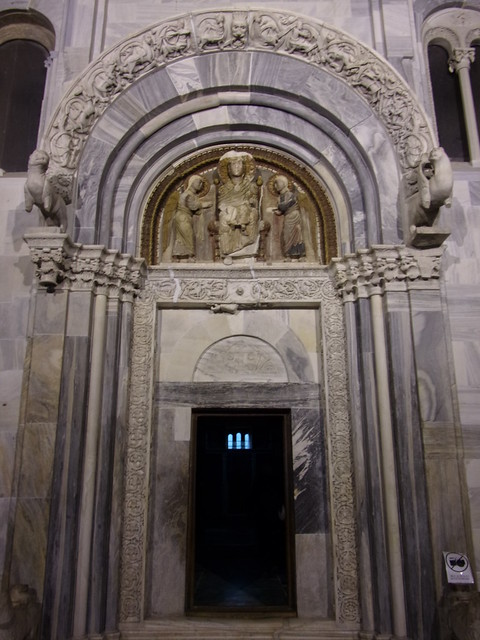 Deep in the mountains of south-central Serbia is Studenica, the spiritual center of the Serbian Orthodox Church and home to some of the most spectacular frescoes I have ever seen. Studenica has been recognized by UNESCO for its exceptionally well-preserved (and in some cases restored) frescoes and Romanesque-Byzantine hybrid sculpture. In particular, the monumental Crucifixion scene in the nave–painted by anonymous Greek artists in 1208-0–is a breathtaking proof of the movement towards the emotive and flowing dynamism that characterizes Renaissance art. Photography of the interior is not allowed, and although I could have snuck some photos I was too overwhelmed by what I saw to pull out my camera. Take two minutes to watch this video and get a sense for what it’s like inside Studenica and to appreciate its isolated and peaceful surrouindings. 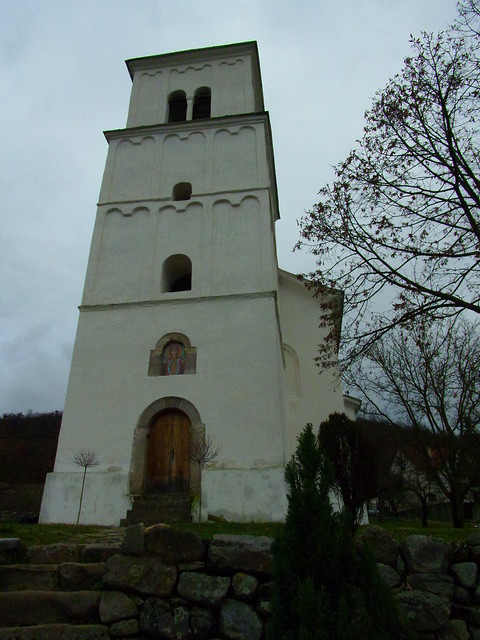 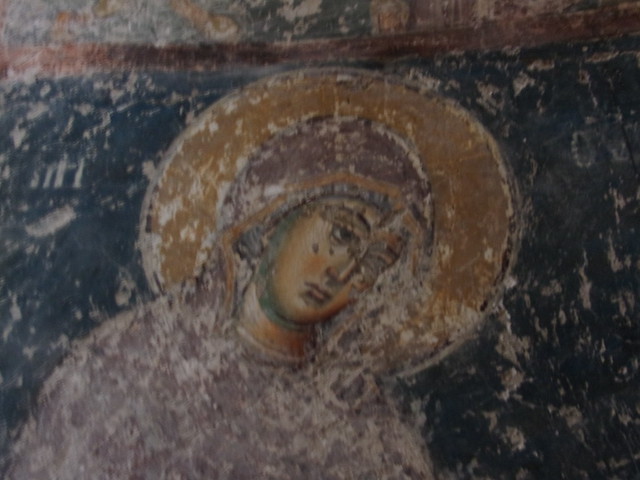 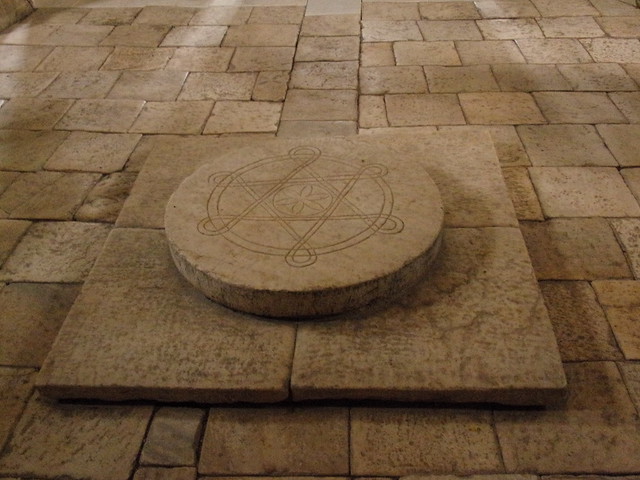 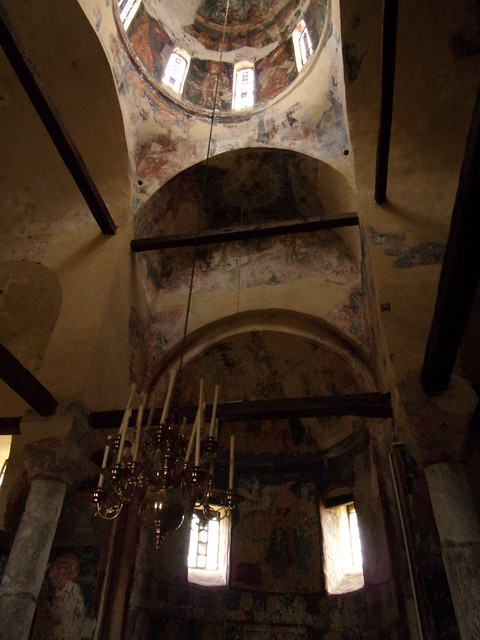 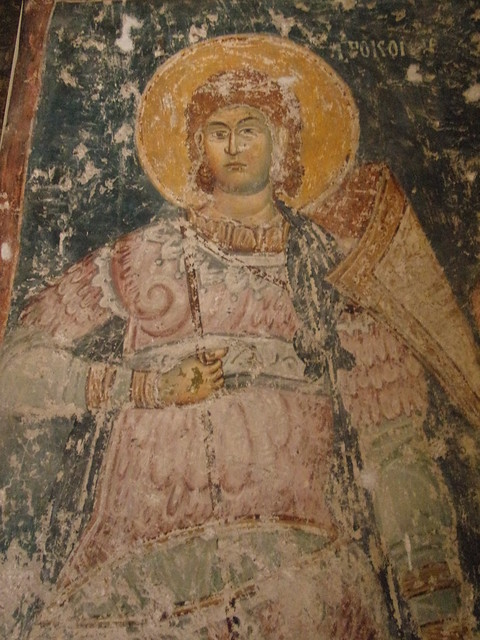 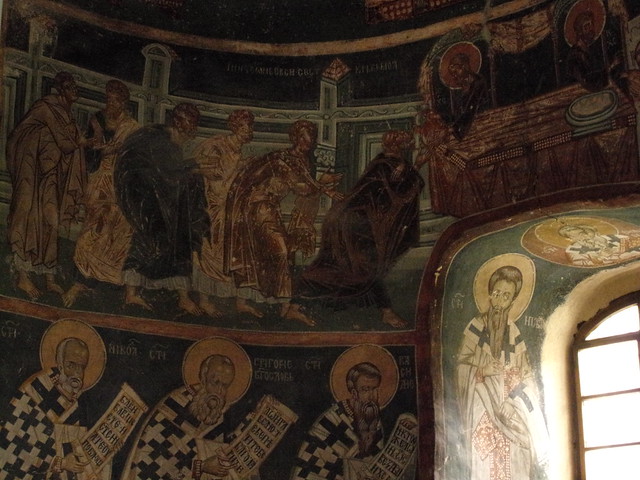 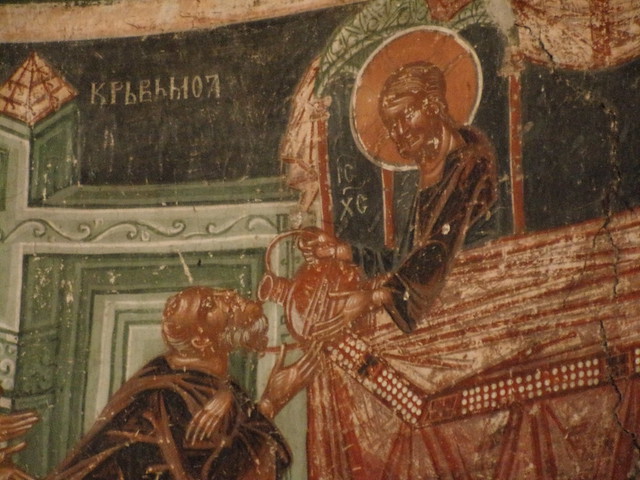 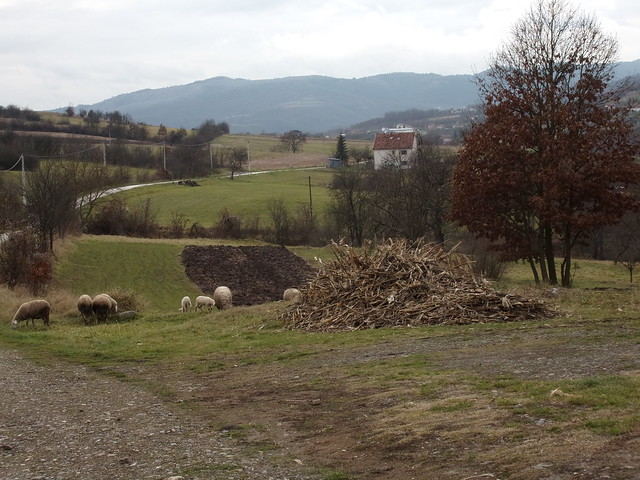 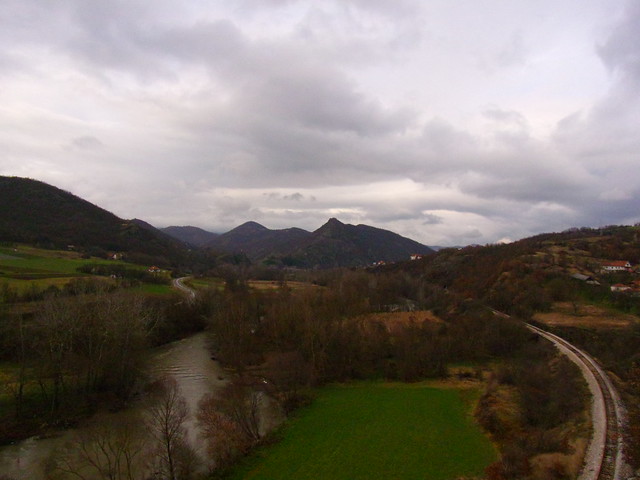 The last monastery that I visited in Serbia was Pavlica, near the small city of Raska and the southern border with Kosovo (the border which Serbia’s government doesn’t really acknowledge, but that’s for another day and another blog post). Pavlica is seldom visited by westerners, so I had trouble finding any information written about it in English–if you’re fluent in Cyrillic then you can check out this website devoted to it. Pavlica consists of one white church surrounded by a ruined stone wall and the foundations of the old monastery. Just down the hill from the church is a small modern home where presumably the priest lives. When I was dropped off by the bus going from Kraljevo to Raska at some random intermediate point a plain taxi drove me the 9 km out of the way to Pavlica. Apart from a ramshackle home or two and a shed of some sort the place is deserted.

When I stepped into the nave and set down my bag in the narrow corridor that served as the narthex, two men standing in the choir briefly turned their heads towards me before resuming an incantation of sorts. One of the men was dressed in the brown frock of the clergy; the other wore a sweater and track pants, typical Serbian male haute couture. Up until then I had never seen an Orthodox service being performed; many candles were lit and at the end of the ceremony, which lasted for about 10 minutes, the layman left a small bill in a dish lying next to a side altar. Then he bowed and left. The priest glanced warily at me and gave me a stern warning: “No photo. No photo,” he repeated a few times; then he exited the church, and I was left alone with these ageless frescoes. At the head of the church is a beautiful tableau of the Eucharist being performed. Six apostles line up on either side of the apse, and Jesus feeds one line of them bread and the other wine, tipped forward into the open mouth of an apostle.

I stood silently inside the church and contemplated the rich colors and figures that surrounded me, most of them probably about 700 years old or more. Then I gathered my pack and walked past a small herd of grazing sheep, following the river to my right as it wound its way towards Raska.

5 thoughts on “A Serbian Renaissance In Giotto’s Lifetime”