If you’ve ever heard anything about Cornwall, you probably think of big doughy pasties and cliffs rising majestically out of the sea. 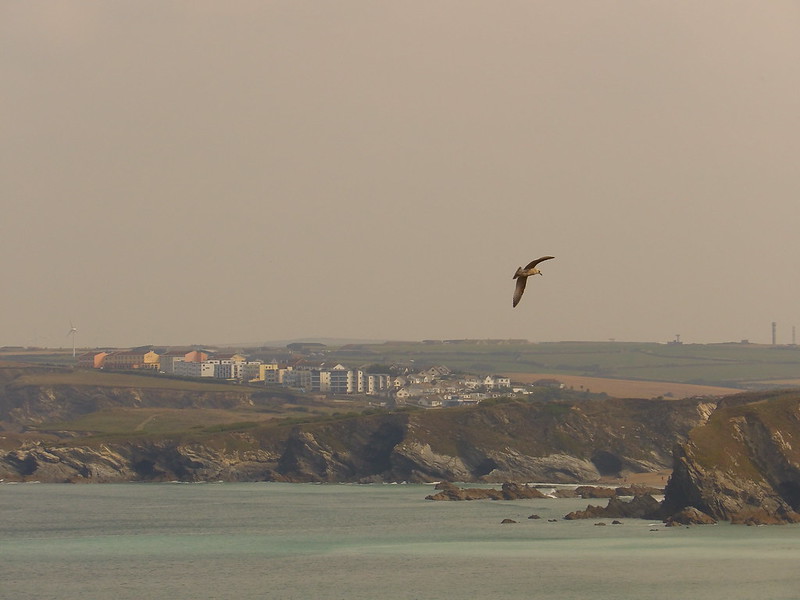 There’s more to it than that, but I was feeling beachy, and despite cold water, Cornwall is excellent for surfing. 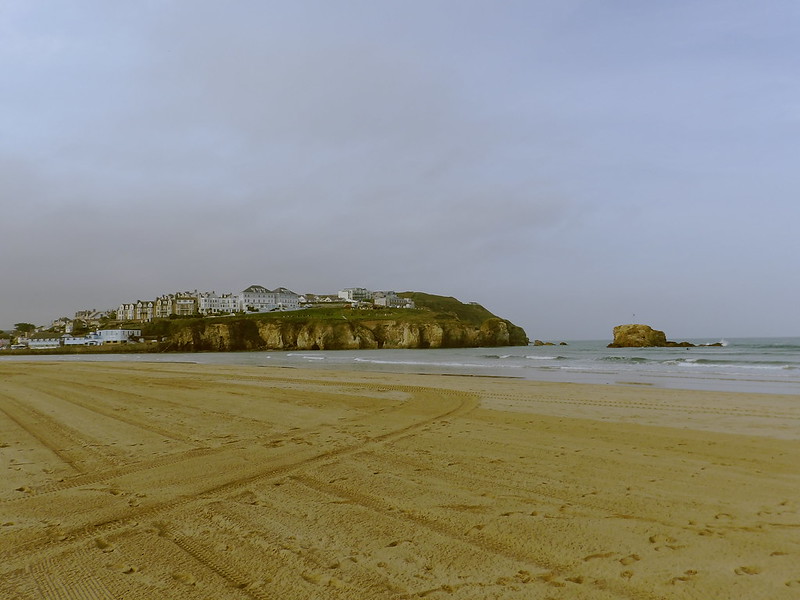 After I stopped through Salisbury and Stonehenge (which you can read about here) I wasted 2 days in the rather boring city of Bath before heading southwest towards Newquay, with the ultimate goal of reaching a captivating place known as Land’s End (do I need to explain why they call it this? I think not). 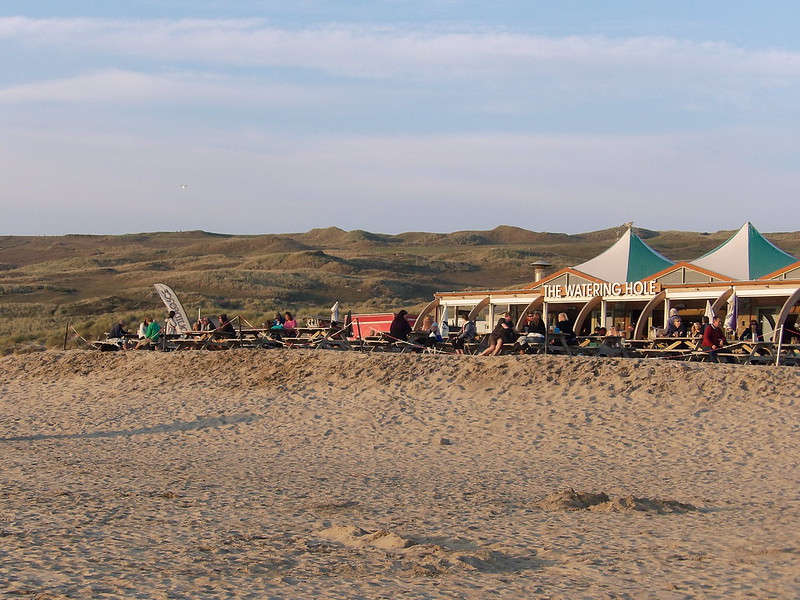 I didn’t make it to Land’s End; instead, I fell in love with a seaside town called Perranporth and camped there for 2 days on the beach. My days in Perranporth consisted of long beach walks and surfing in the chilly Atlantic, as well as one ill-fated game of volleyball with some guys from London. 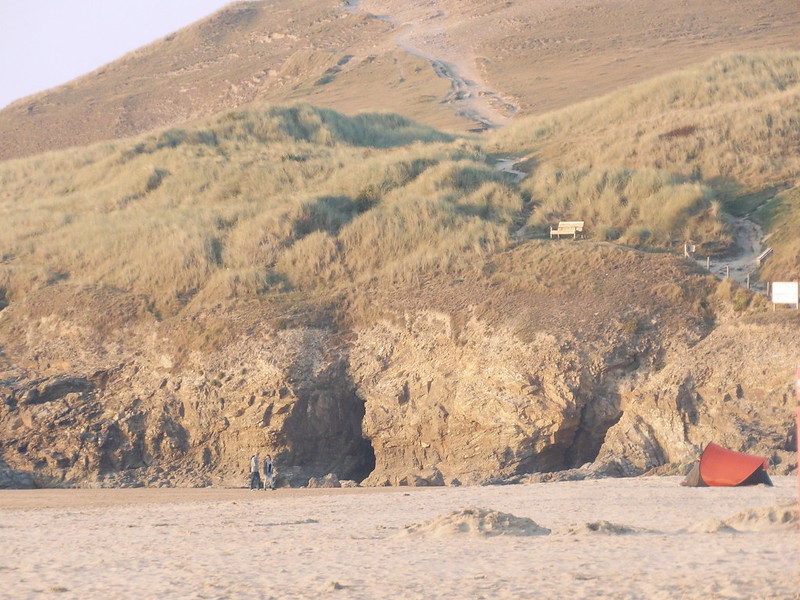 I was also approached by some drunk local girls who were looking to buy weed. I suppose if I were looking to score I would also ask the homeless guy pitching his tent on the beach. 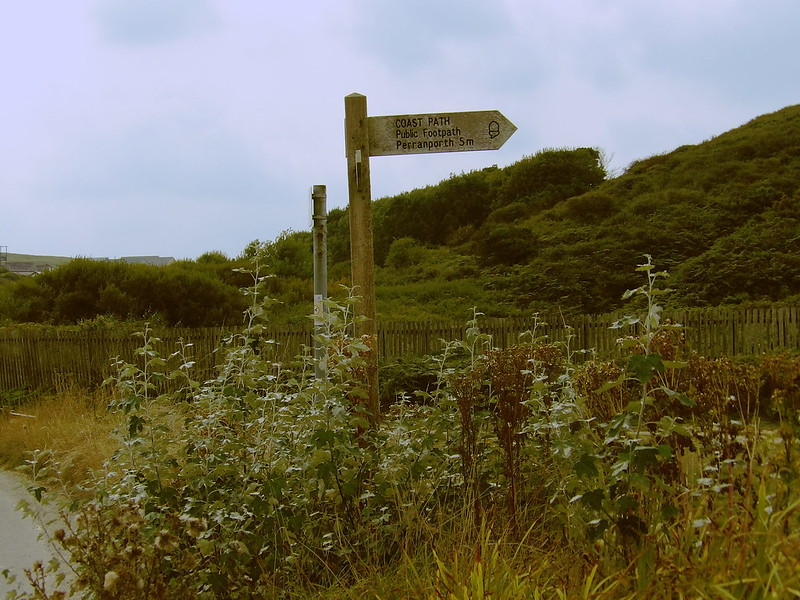 It’s 5 miles to Perranporth if you take the bus from Newquay to a place called Holywell Bay. 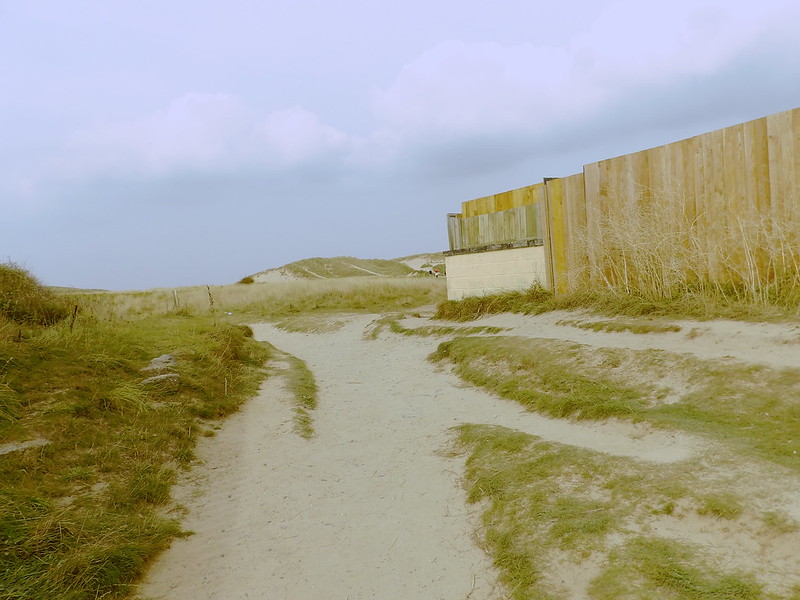 The hiking path ascends a cliff from Holywell Bay and passes through a military installation. 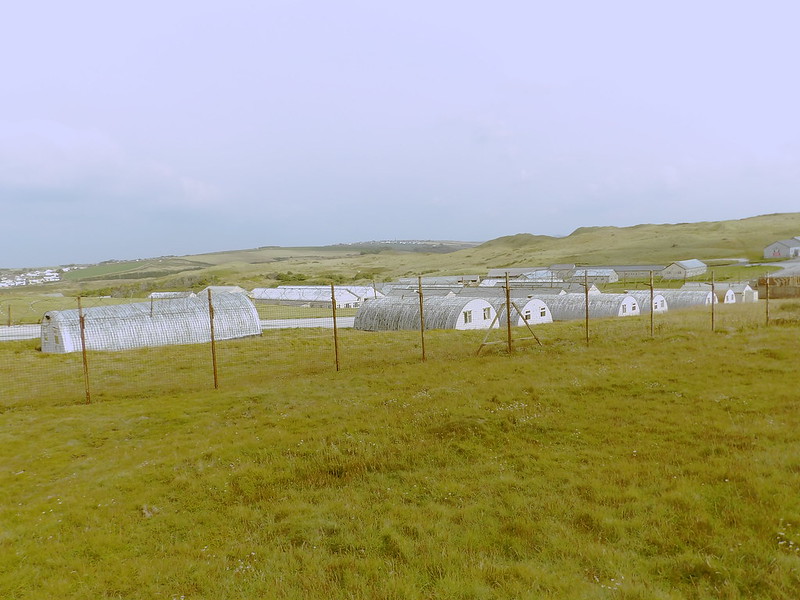 There are also signs cautioning hikers of stray mining shafts, and I did well to avoid falling in them. 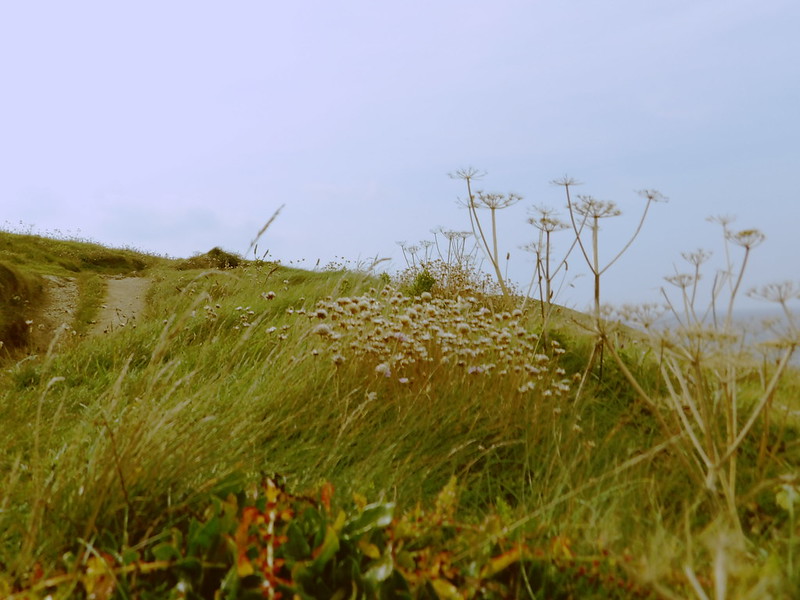 A little less than halfway through the hike, a single house perches on top of a hill over the water. 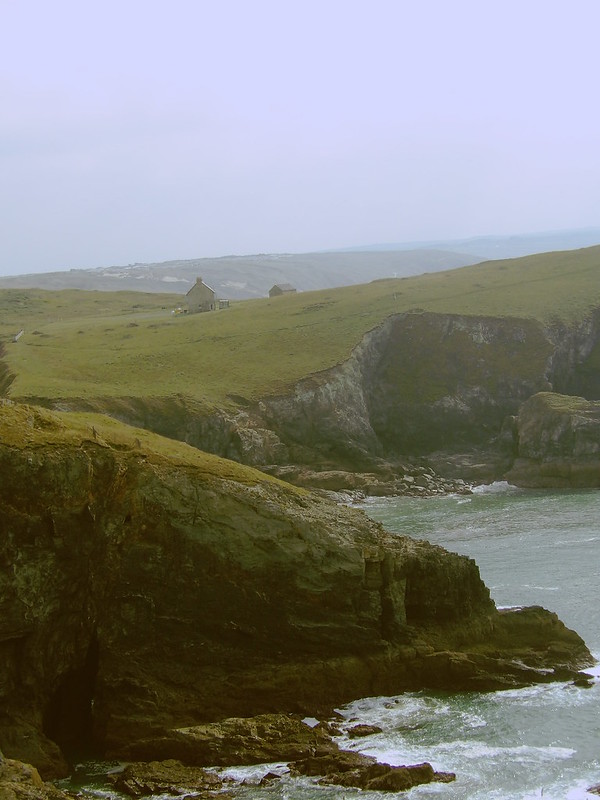 I would think the real estate value of an ocean view would be offset by the wayward roads (Cornwall isn’t that big, but even a GPS can lead you astray). 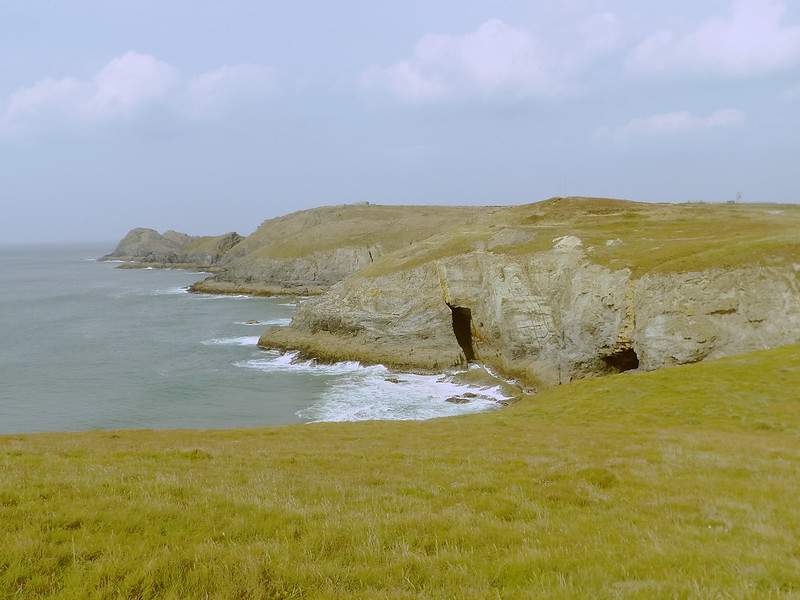 After passing by the cliffside house, you can see caves dug into the cliffs by thousands of years of exposure to the sea. 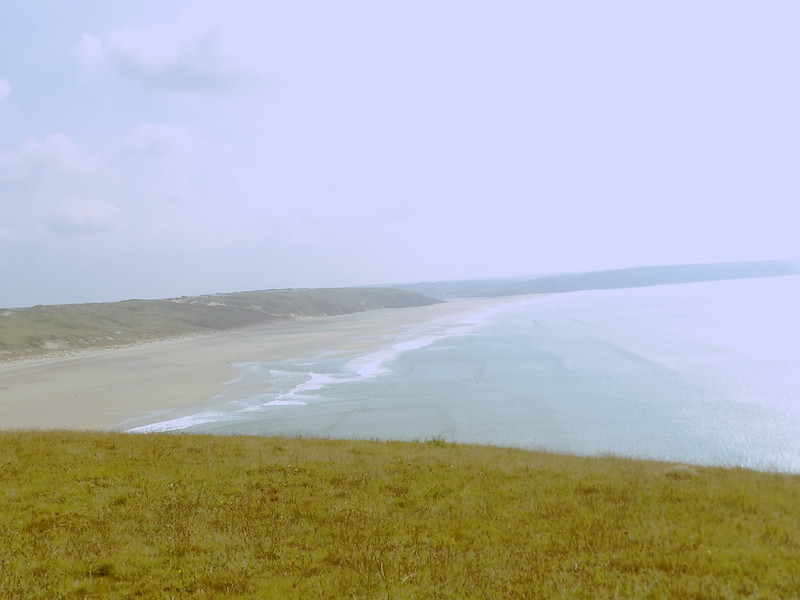 Beyond the house the path finally begins the final descent to Perran Sands, which is a 2 mile-long stretch of flat beach leading to Perranporth. 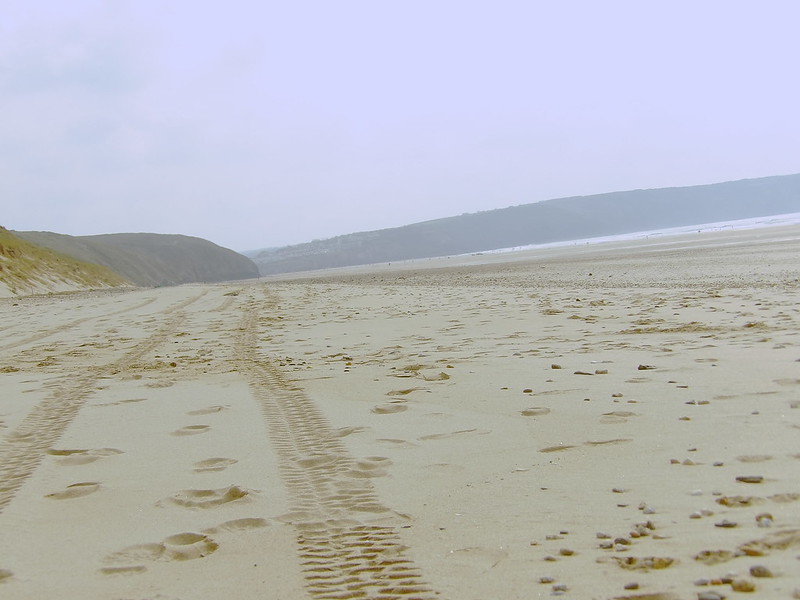 For a while it seems like you’re not getting any closer to the town. 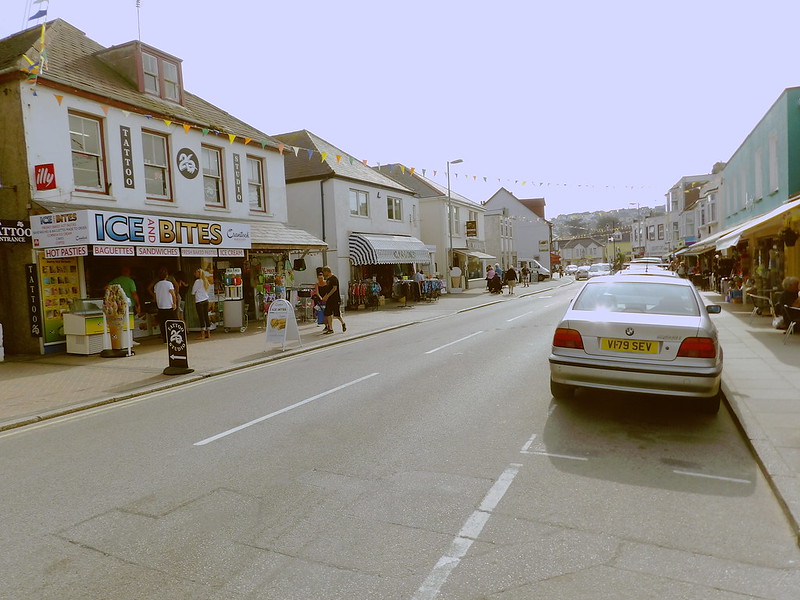 After close to 30 minutes of trudging through the sand with my pack on, I finally hit the main street and grabbed an ice cream cone here. Cornish ice cream is creamier and somehow more filling than your average scoop of ice cream. 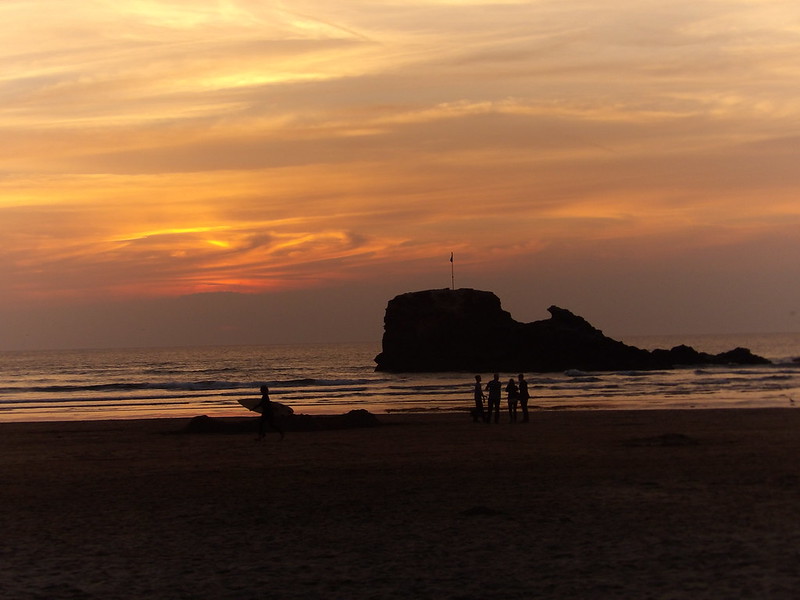 Eventually sunset came and I spent it taking photos of the rock (with the Cornish flag flying) and people along the beach. 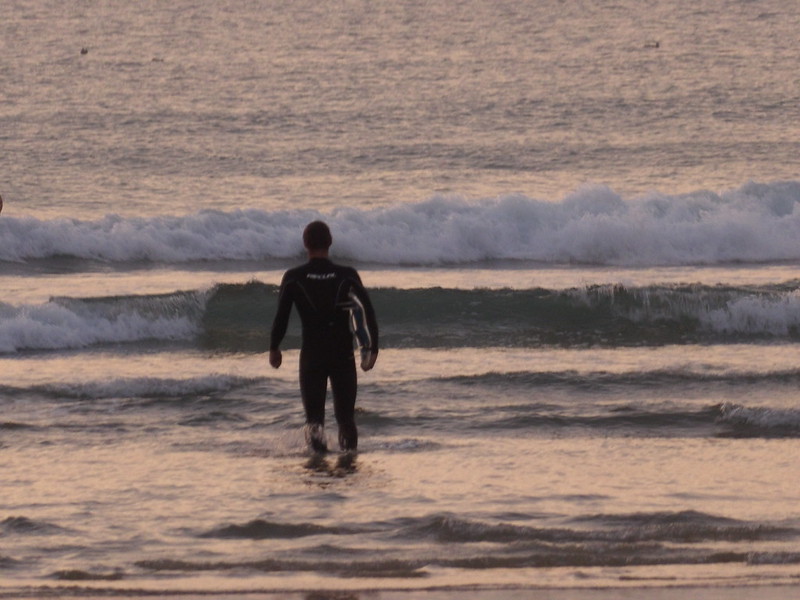 Too soon did my time in Cornwall come to an end; it’s worth much more time than what I gave it. In April my dad and stepmom will be coming to fetch me home in London, and I think they need to visit this beautiful place with me for at least 3 days. What do you think? 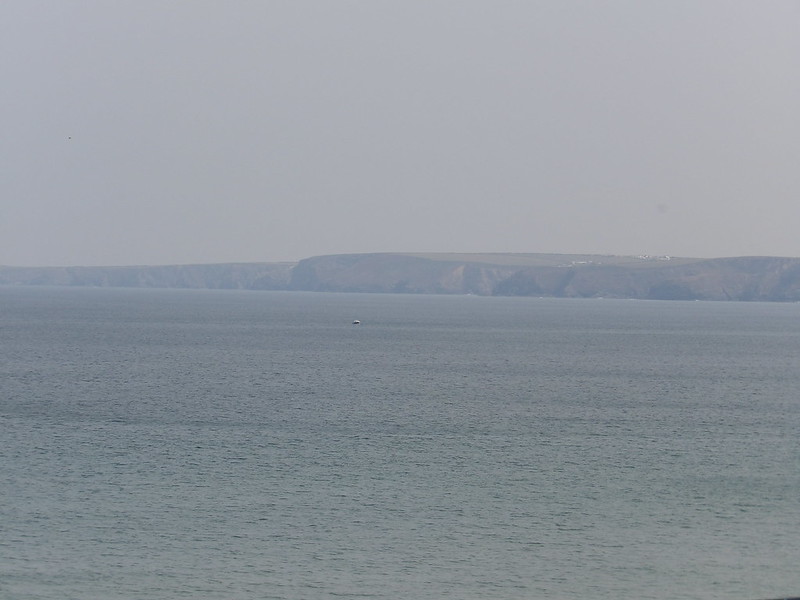 9 thoughts on “3 Days In Cornwall”