Thanks to the amazing music app Songkick and my willingness to hawk tshirts and pick up trash, I scored a free ticket to Light Colour Sound, a music, arts, and spoken word festival in its first year. 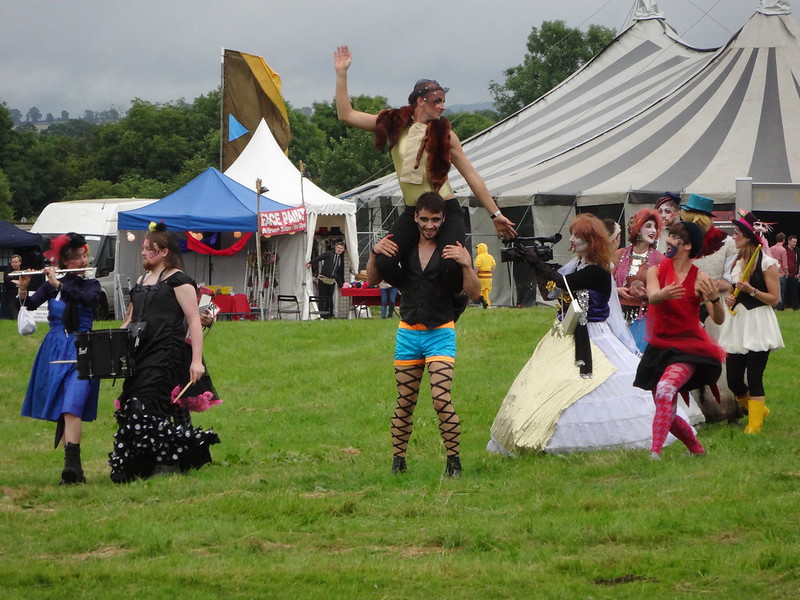 My experience with music festivals is rather slim, I’m afraid: the high ticket cost, multi-day involvement, and overwhelming amount of bands performing means that I usually stick to one-off concerts and gigs for one or two bands that I really like. 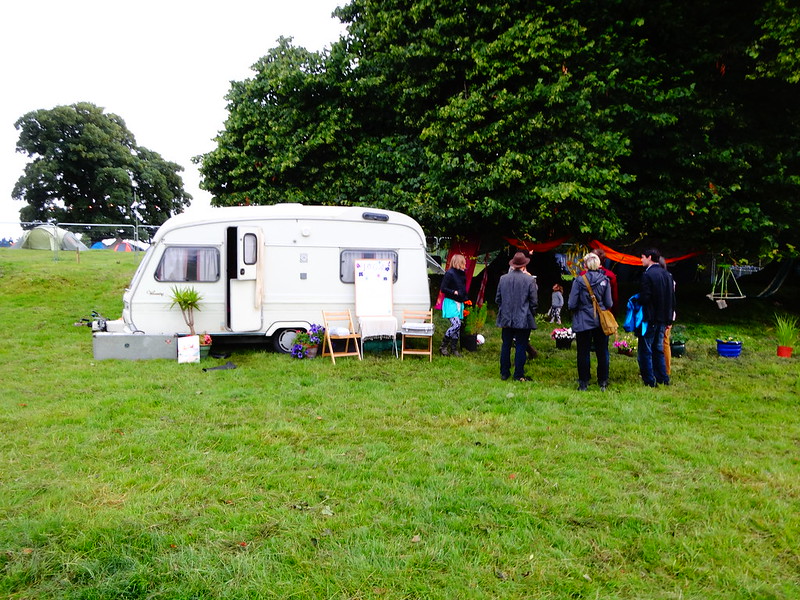 I made an exception this time around because the ticket was free and because a band I’d recently discovered–And So I Watch You From Afar–were headlining. The prospect of being able to say, years later, that I was at the first Light Colour Sound Festival also was a bit intriguing. 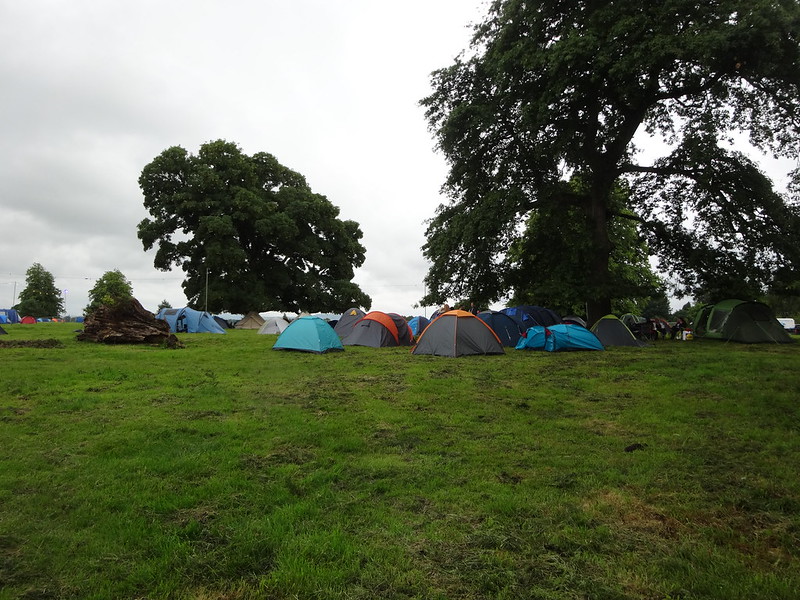 So it was that I flew to Ireland after two weeks well spent in Spanish Basque Country, spent my first night back in Ireland since November in Dublin, and pitched my tent alongside others on the broad grounds of a castle in southeastern Ireland. 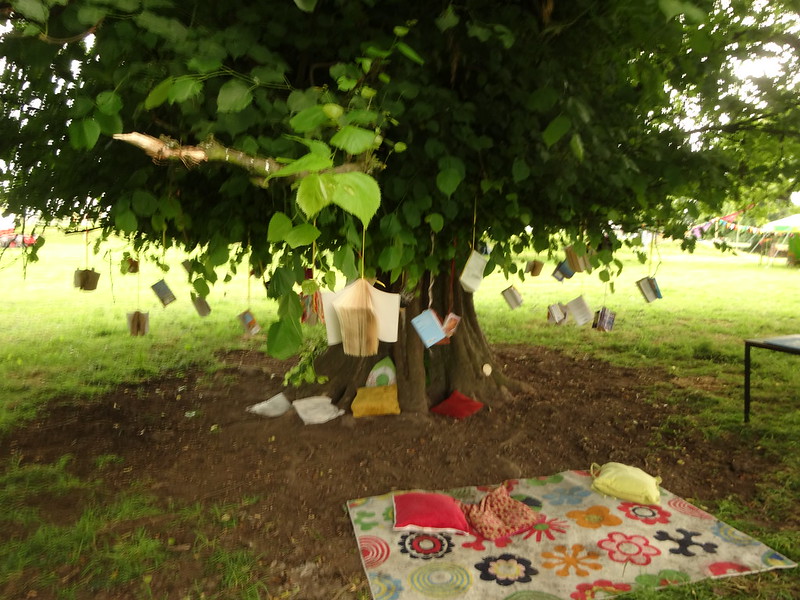 Since I arrived late–the bus was almost one hour behind schedule–I missed the setup and was given the first day off to wander the festival as I pleased. This was how I stumbled upon this tree laden with books. Needless to say, I helped myself to the fruit and picked a particularly juicy one off its branches. 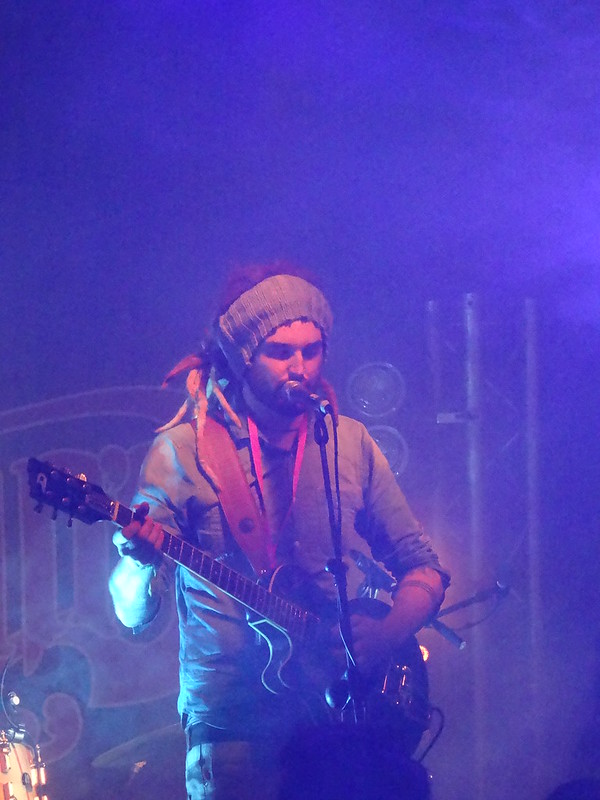 Of course, this was first and foremost a music festival–and I got a firsthand taste of how rich Ireland’s music scene is. Apart from ASIWYFA, I didn’t know any of the bands on the lineup, but they made an incredibly deep impression. 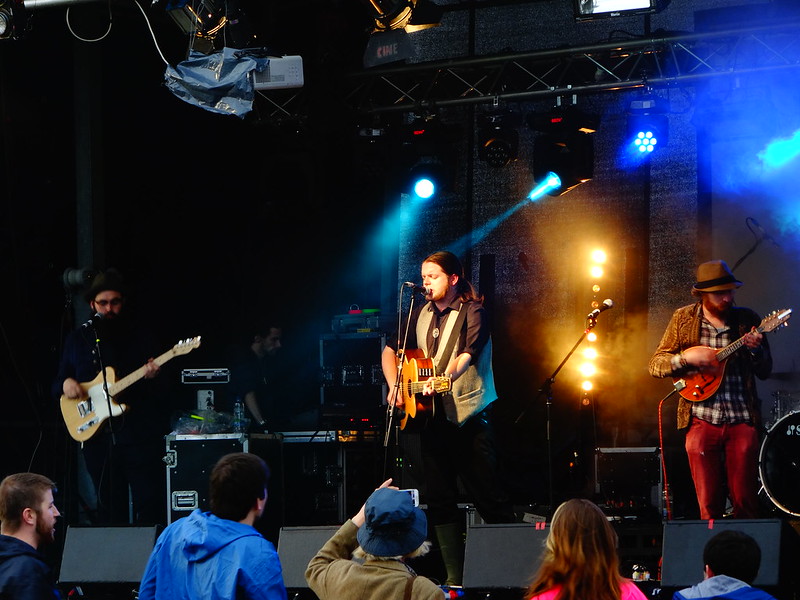 Groups such as Neon Wolf, The Eskies, and Overhead, The Albatross were revelations in Indie rock, bluegrass, and post-rock, respectively. 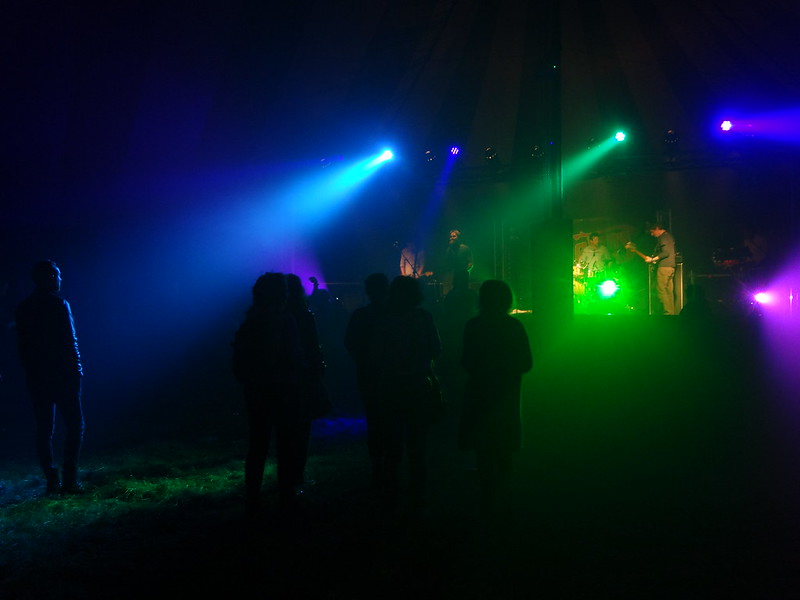 After the last performance of the evening, I went back to my tent, exhausted from a full day of travel, but most of the campsite was alive until morning. 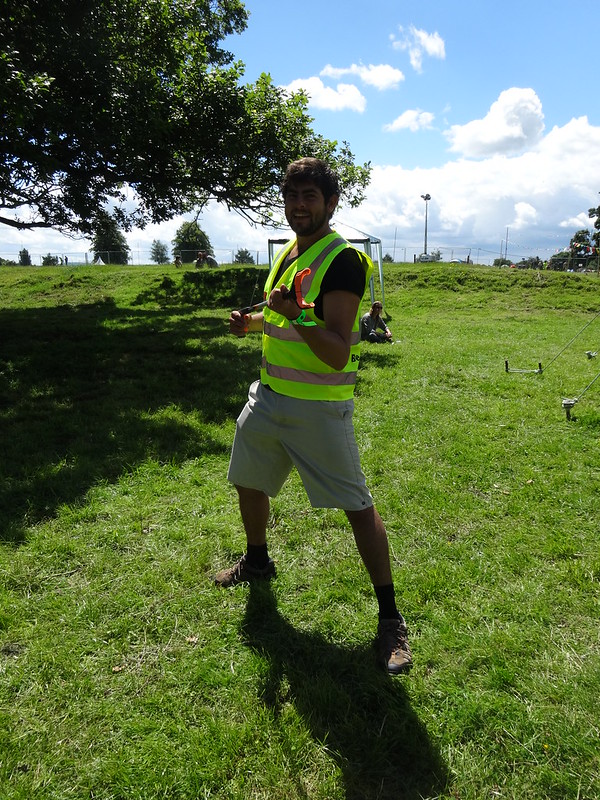 The next day I donned a high-vis vest and went to work in the fields, picking up garbage that was tossed from the night before. Luckily I didn’t have to scoop up trash for too long: a shipment of festival tshirts arrived and I was delegated to sell them. 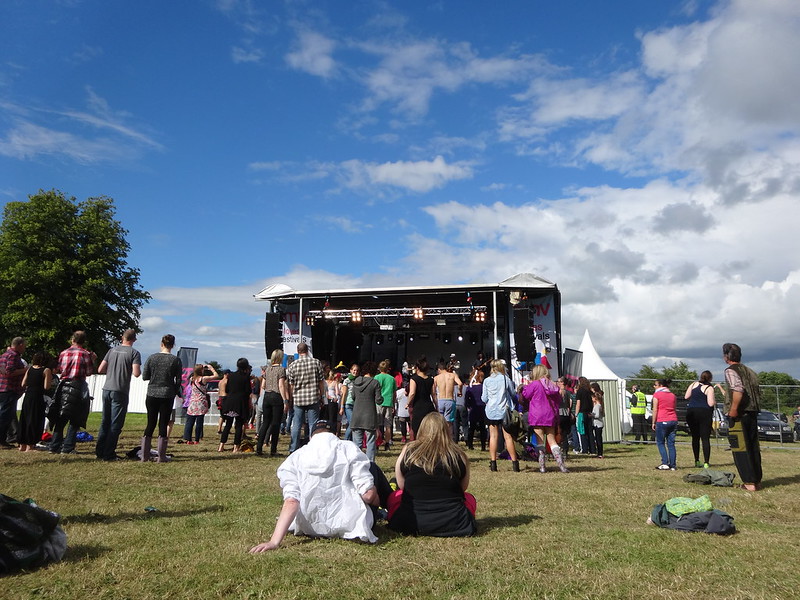 Despite the sticky smell of rubbish that hung about me, I managed to sell a pretty decent number of shirts and got to wander between the music stages as I worked, so I didn’t miss any of the performances taking place. 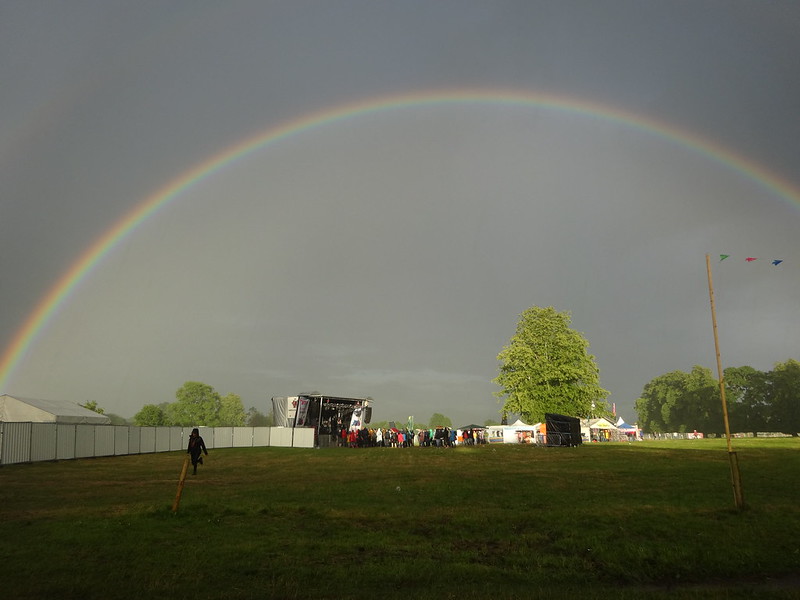 Sometime later in the afternoon, the skies opened up while The Barley Mob, an Irish roots-reggae band–I shit you not–were onstage, but despite the torrential downpour, spirits stayed high. The double rainbow that popped out of the clouds not long after was definitely a cherry on top. 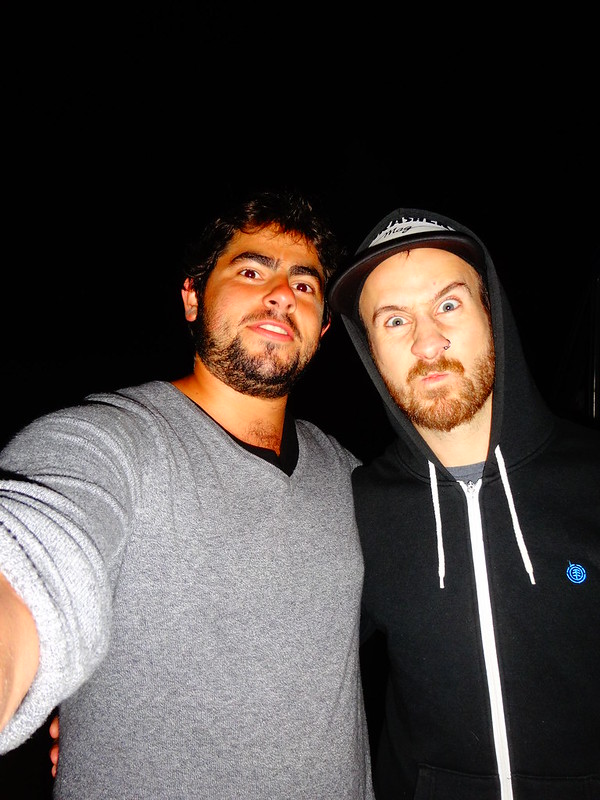 After several hours of wandering around the festival and meeting members of one of the smaller bands that performed the day before–and getting invited into their tent to kick back a few beers with them–it was finally time for the headlining act to come on. And So I Watch You From Afar asked the festival organizers for a small case of beer, some red bull, and chips before going onstage, and somehow I was delegated with the job of delivery boy. That’s how this selfie with Rory, the lead guitarist for the band, happened. I think I played it pretty cool.

Saying that ASIWYFA kicked ass would be like saying the atomic bomb explodes when detonated. The entire festival was awash with sound; we were devastated by pure noise. I would have gladly picked up trash for another day just to see them perform another set. 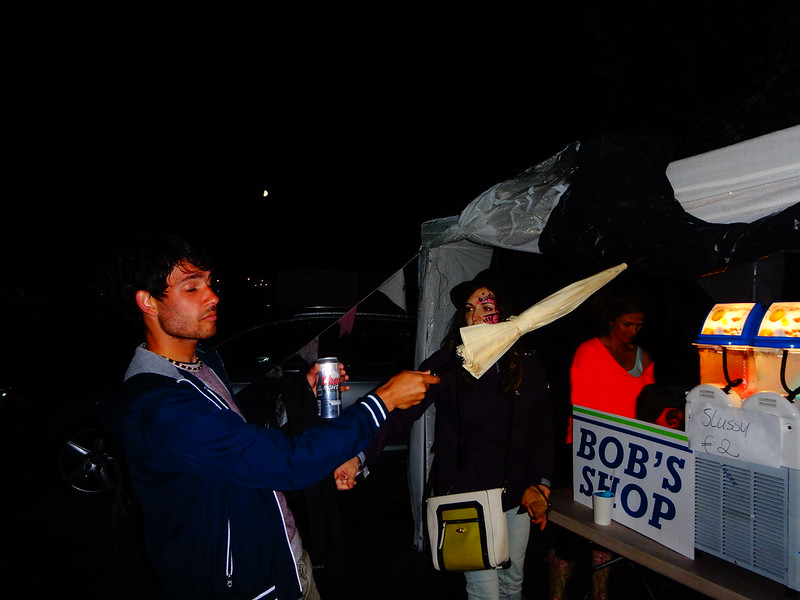 Rounding out the evening, I got a bit drunk with my fellow concertgoers. Aubrey, the gentleman in the photo, tried explaining the plateau of inebriation that every Irishman goes through–it made sense at the time, though looking back it seems absurd that he used the contours of a rolled-up tarp as a stand-in for a proper s-curve graph. 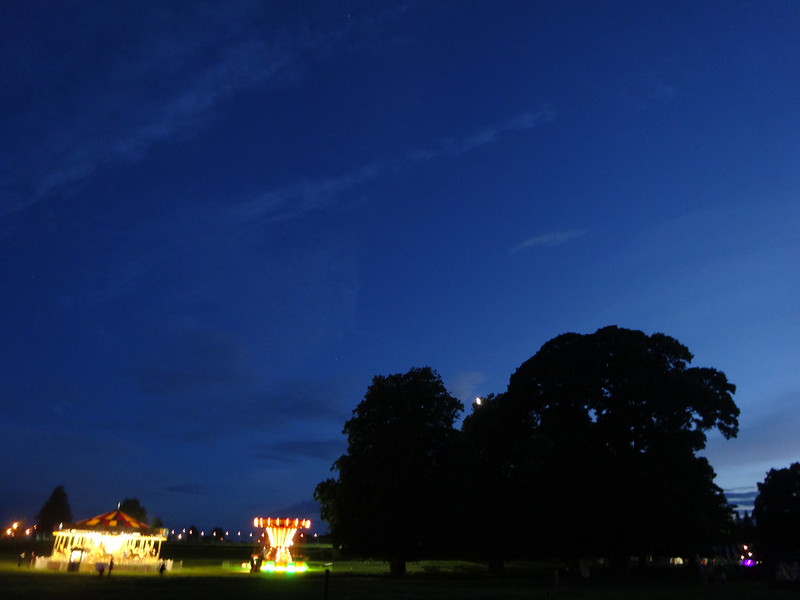 In the end, it seemed impossible that the festival only lasted two days; it felt like much less time had gone by. Despite being a first year festival without a huge PR machine, the lineup was excellent and the location rocked. I probably won’t be in Ireland next summer–home seems a more likely destination–but I hope Light Colour Sound gets the hype it deserves, because it truly dazzled.

If you’re interested in some of the other musical acts I’ve been to, check out Ludovico Einaudi in Belfast, Olafur Arnalds in Glasgow, Hello Atlantic in Lisbon, and perhaps my most memorable concert experience, when I went backstage at Oscar & The Wolf in Maastricht. Thanks for stopping by.