It’s early in January and I’m in the southern outskirts of Lille, my pack resting on a cracked sidewalk by the entrance to the main route south to Paris. The winter sun is weak and though it’s early afternoon, the stoplight casts a long shadow across the tarmac. Scores of cars blaze past me without slowing; my sign (PARIS!) is nearly wrenched out of my hands by their turbulent, gasoline-scented wake. The denuded trees in the decrepit park behind me crackle against each other as the wind blows. Time is stagnating at the same moment that it passes swiftly—once it gets dark I will have no choice but to return to the city center and board the train instead.

Thanks to horror movies and social isolation–I blame texting and the ever-present distraction of smartphones—hitch-hiking is on the wane. Apart from one instance five years ago when my younger brother and I saw two teenage boys thumbing rides down the coast of northern California, I had never encountered hitch-hikers. Nevertheless, there are still humble travelers who stand amidst the weeds and detritus on the margins of cities, and there are still good Samaritans who pick them up. 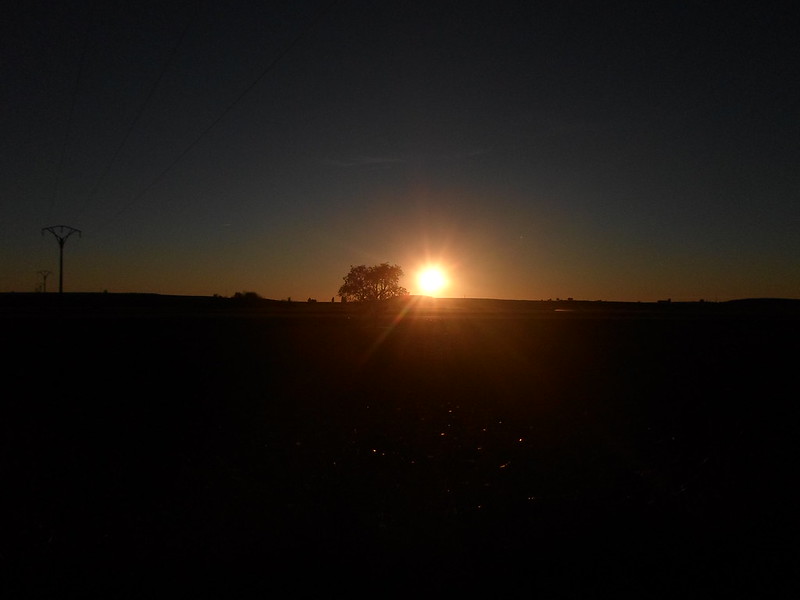 On that brisk January afternoon, just as I was considering returning to the city center and taking a train directly to Paris, a man in a sports coupe pulled over and opened the passenger door. Not much later, he dropped me off at a highway gas station. With darkness rapidly approaching I took the initiative and began asking drivers filling up their cars if they could offer me a lift south. Eventually, one man gave me a ride to the majestic cathedral city of Amiens, halfway to Paris.

Yes, there is the allure of the free ride, but this alone is not a compelling reason to sit, possibly for an hour or two, and wait for someone to come along. Why bother?

For me, the answer is in the state of mind that comes from hitch-hiking. The Spanish philosopher Miguel de Unamuno once said, “I have grown accustomed to taking hope from desperation itself,” and I think this sums up the hardy spirit of the hitch-hiker. It’s one thing to find a ride within 5 minutes of sticking your thumb out on a well-traveled expressway—literally anyone can do that if they’re lucky. But to be stranded in the middle of nowhere, or perhaps be at that same well-traveled expressway yet suffer the misfortune of watching every single car pass you without slowing down—to be uncertain of deliverance and to reach the point of despair, yet find peace despite these circumstances—this is the grace under fire which makes hitch-hiking a meditative experience. 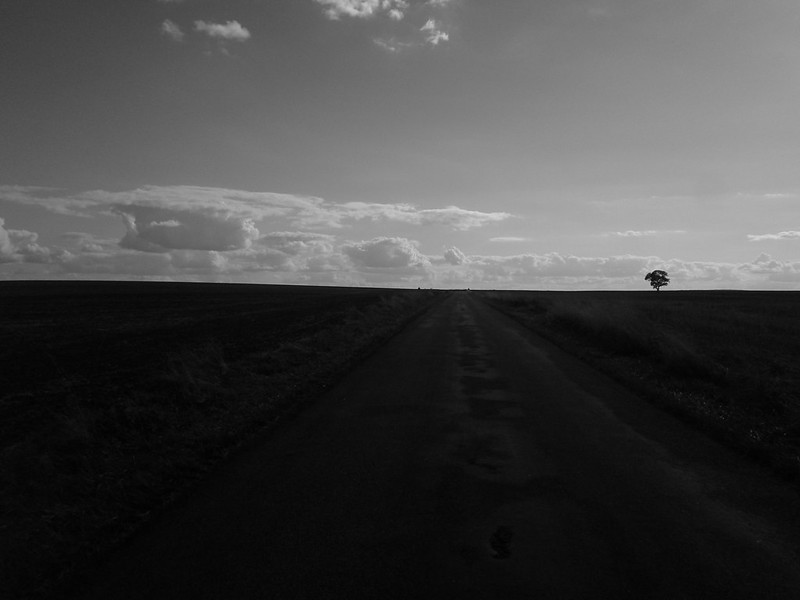 When you let go of control and roll the dice, the breathless possibility of meeting a total stranger, the capricious whims of the road, the encroaching and always-dreaded nightfall, the nagging doubt that you will be stuck in the middle of nowhere without a ride, and the muted thought that you might encounter a maniac add up to create an elevated state of mind. The hitch-hiker is a rock in a stormy sea of movement, surrounded by the constant rush and flow of passing cars, the whirlwind of creeping fears and uncertainties, the enervating sense of helplessness—amidst the chaos, the hitch-hiker stands still, and in doing so, transcends.

2 thoughts on “The Zen Of Hitch-Hiking”