It’s one of the fastest-growing cities in France and is home to a major university, so it’s not a surprise that in Montpellier the streets are filled with vitality–and lots of colorful art. 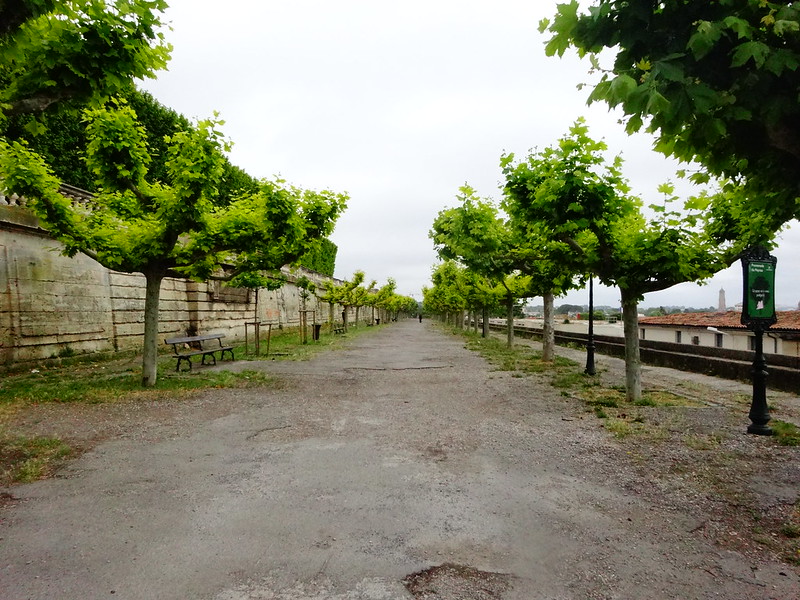 The splendid Place Royal du Peyrou sits on a hilltop called Ecusson with a view of Montpellier’s suburbs to the east, and it anchors the wide modern boulevards of new Montpellier and the polychrome alleyways that lie just beyond the 17th century archway. 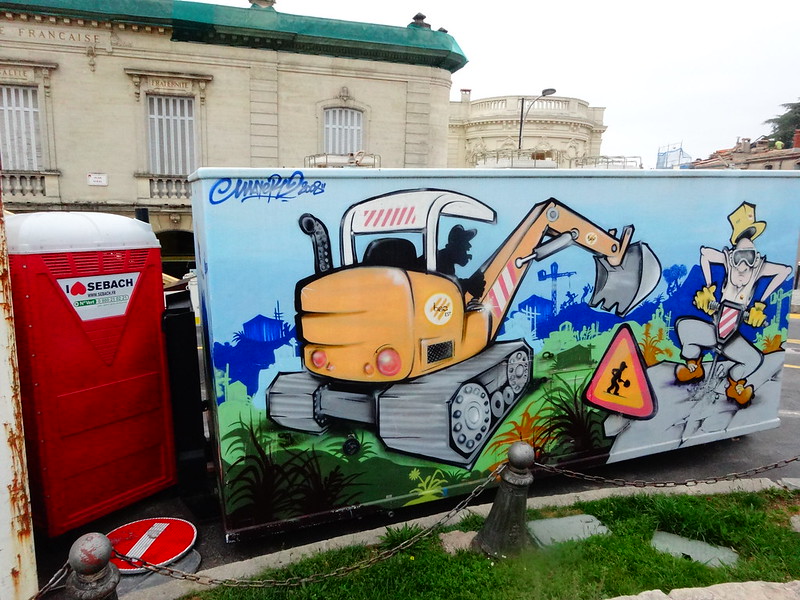 One thing that is readily apparent about Montpellier is the profusion of street art; it takes many forms and appears just about everywhere. 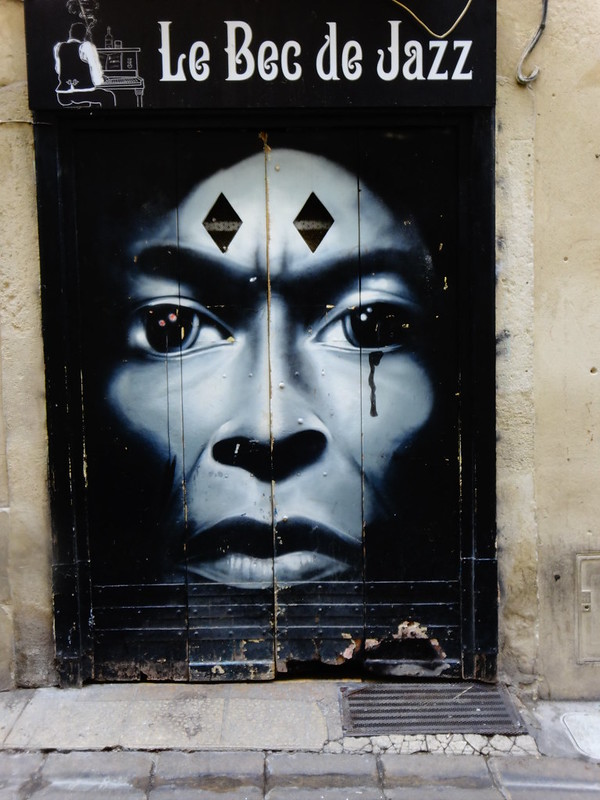 It’s hard to look away from Miles Davis’ steely black and white visage. 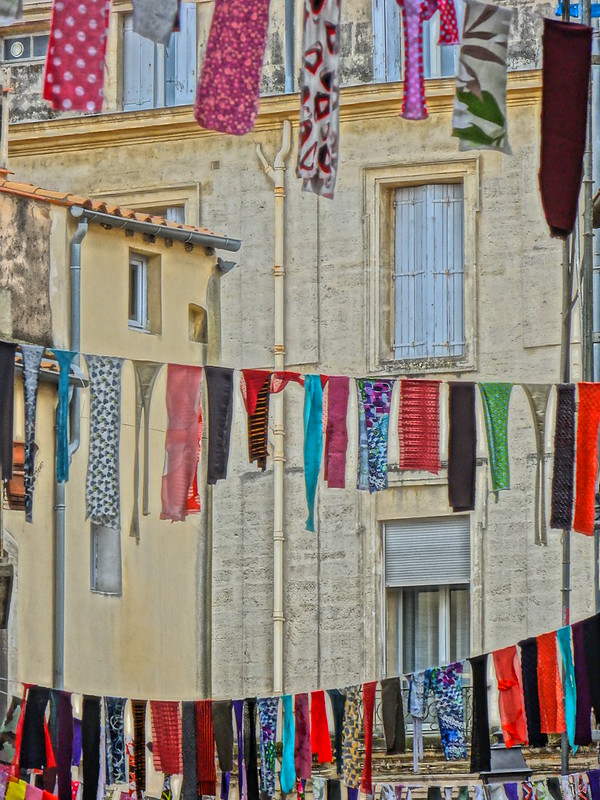 Montpellier looks just as good in color, though. 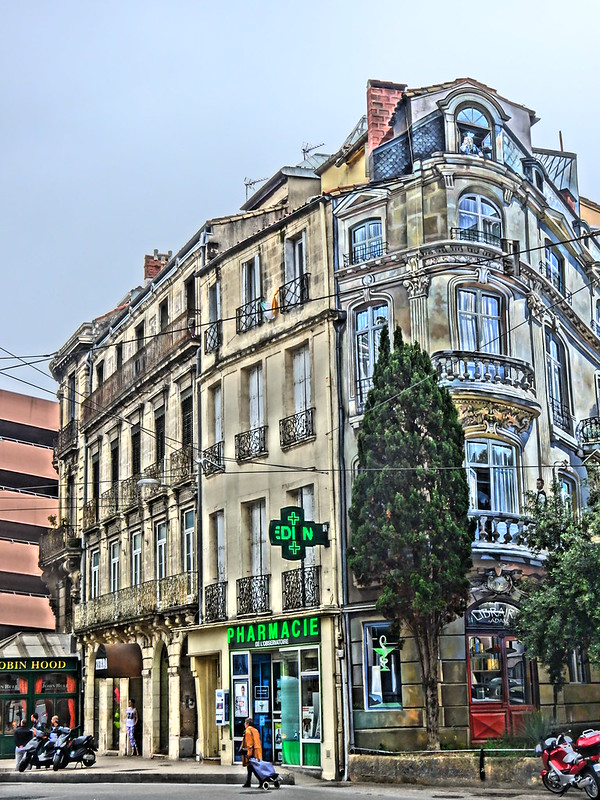 There’s a lot of trompe l’oeil going on; one of those buildings isn’t real. 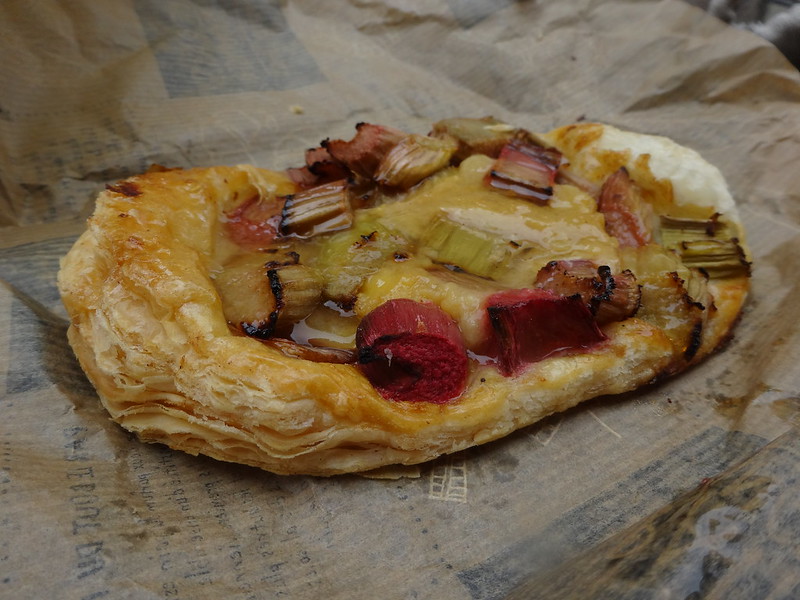 Fortunately for me this tart wasn’t an illusion. 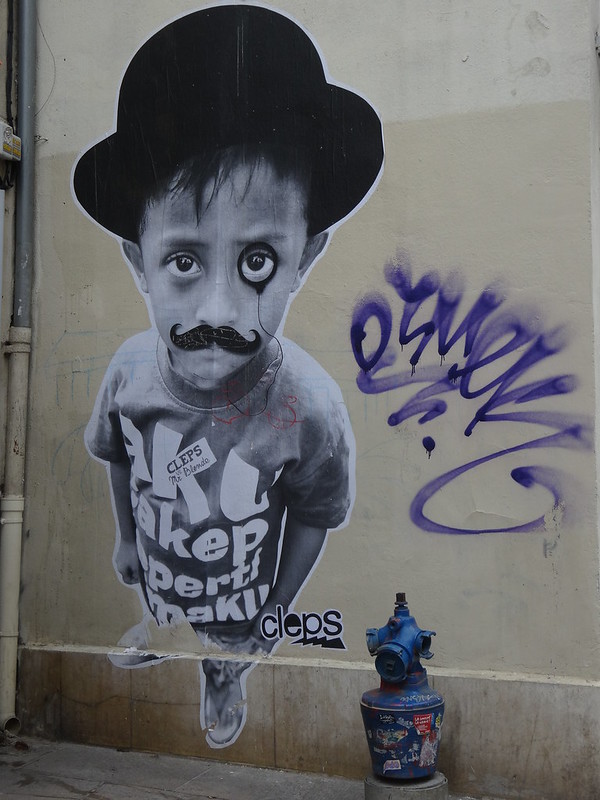 This kid seemed a tad young for a mustache, but he pulled off the monocle with pizzazz. 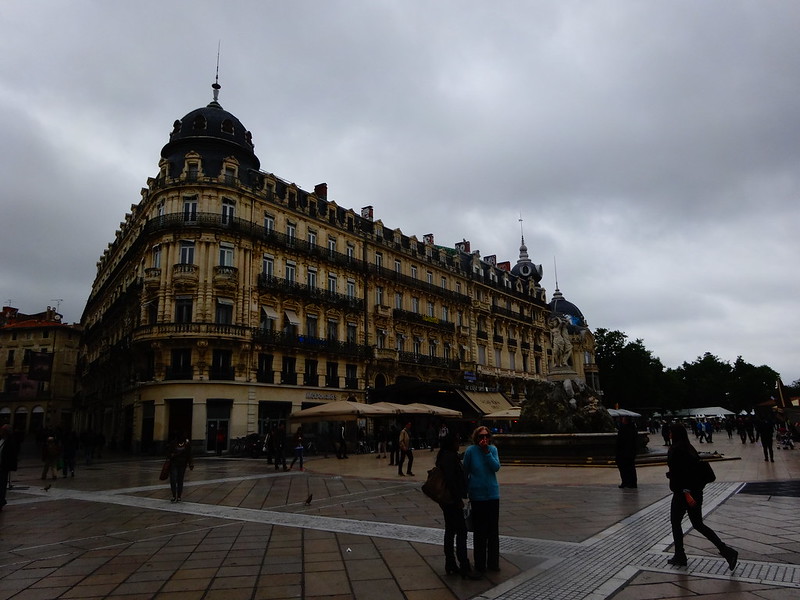 After wandering down side streets for a while I entered the expansive Comedie, which overlooks the opera house, as well as the slightly less classy McDonald’s. 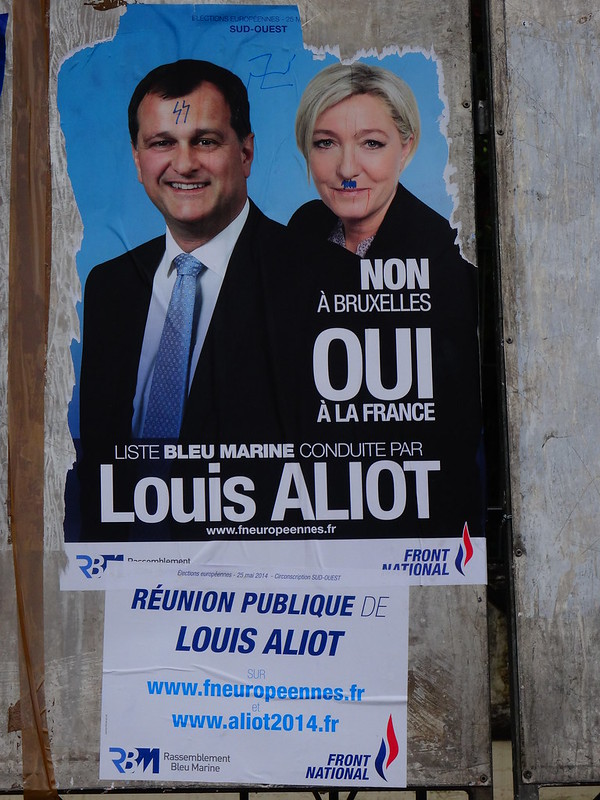 Not far beyond Comedie are a bunch of political posters for the upcoming EU parliamentary elections. The Front National is a far-right party that unfortunately has been gaining ground in France, and with the tasteful application of felt marker an astute citoyen has made it all too clear who their policies are a reminder of. 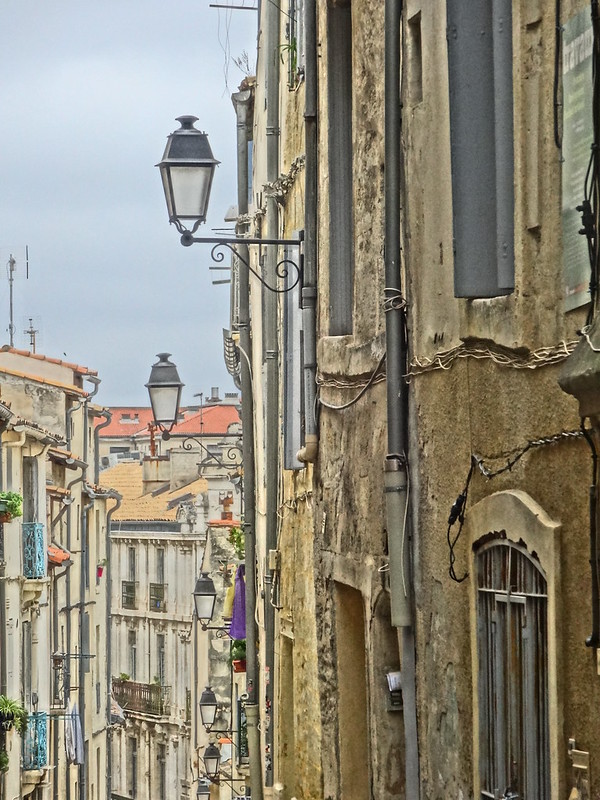 Back on the steep and narrow streets of Ecusson, the grade of the hill creates a lovely pattern of lamps jutting from stuccoed facades. 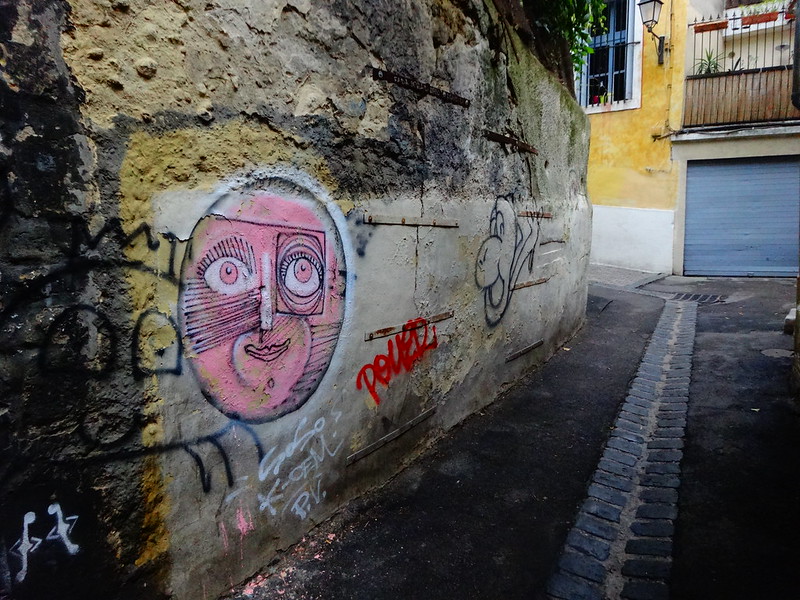 At the top of the hill a smiling pink moon greets pedestrians. 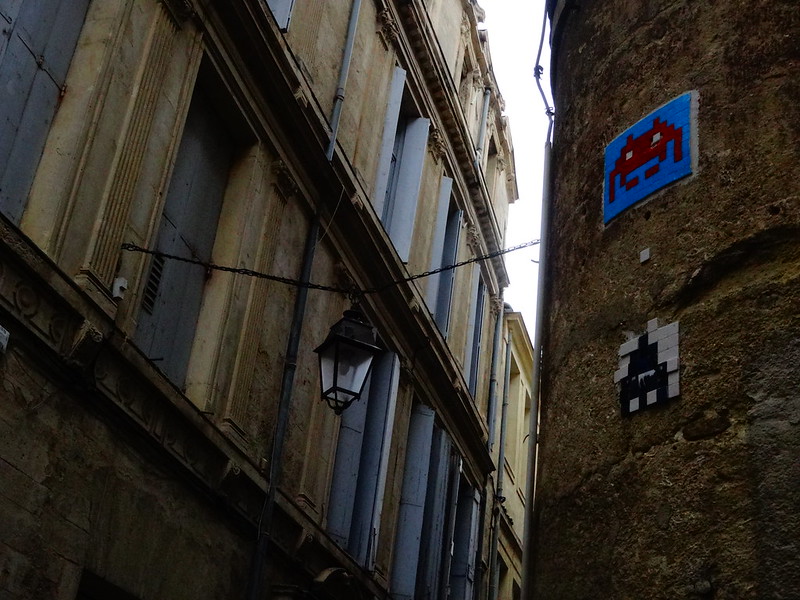 A space invader awaits you around the corner, but it won’t bite. 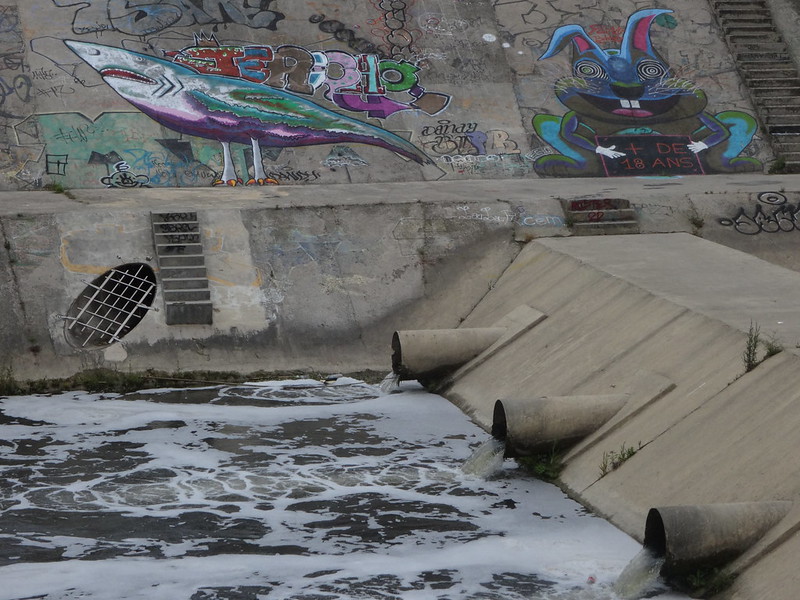 And by the river Lez, which runs to the nearby Mediterranean sea, some of Montpellier’s strangest residents stand by the quay to greet you.

While I can’t promise that these colorful works of graffiti art will still be on the walls in Montpellier if you make it over here, you could do yourself a favor and subscribe to my blog for an interesting look at places that are a bit off the tourist map.