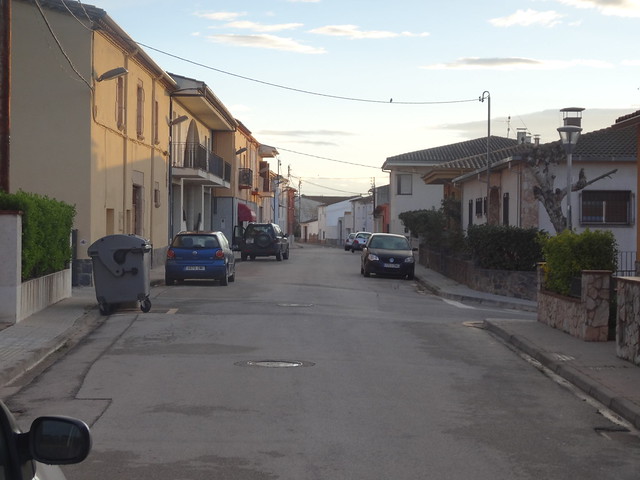 It was about three in the morning, the temperature couldn’t have been many degrees above freezing, and I was feeling a bit like Jesus. I mean that specifically in the sense that just as the rabble-rouser from Galilee was betrayed three times by his buddy Peter before the cock crowed, I too was thrice denied before dawn. That’s how I found myself sleeping outdoors, sheltering under an awning in case rain began to fall and huddled on unforgiving stone in the fetal position from the cold, and that’s how the tenants who lived in the same house I was using for the night found me. 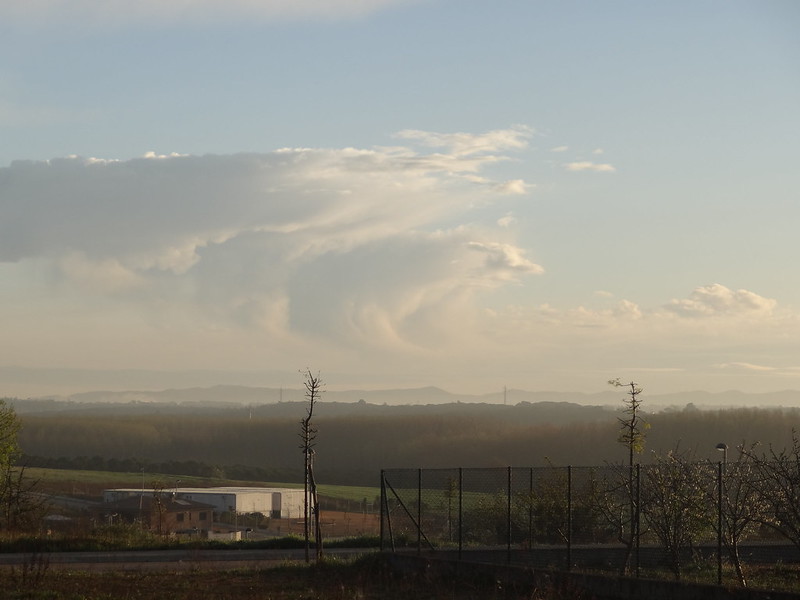 My original plans did not involve me begging two unwary strangers to refrain from calling the police and letting me spend the night on their terrace. I arrived in Barcelona after a one-month sojourn in Morocco and decided to get out of the city and explore the northern regions of Catalunya, known as La Costa Brava. I sent out some requests on couchsurfing to people living in Girona, a historical gem of a city only an hour and a half by train northeast of Barcelona. A guy named Ruso accepted my request and gave me his cell number for contact, and I spent the afternoon in the city finishing a book I’d bought in Rabat and buying a new one at an all-English second hand bookstore. I had called Ruso several times during the day but he didn’t pick up, so when I finally took the train to Sils, a small town not too far from Girona, I was hoping he would at least have gotten my message that I was arriving on one of the last trains in. 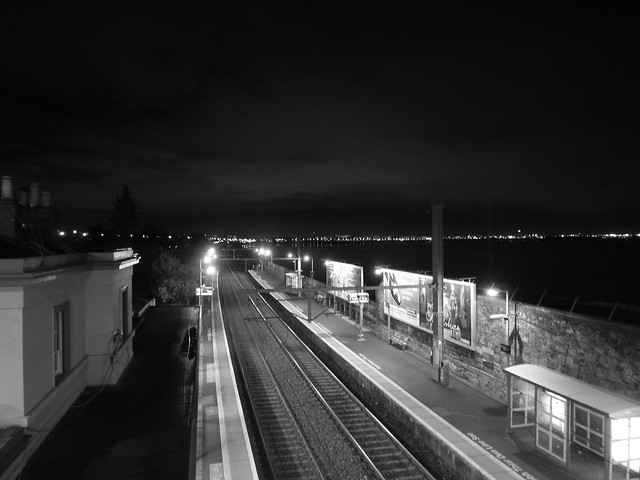 It was 10:30 PM when I arrived at the station, and there was no sign of Ruso. I asked around and a local told me that he knew of a farm not too far from the station; one of the only things Ruso told me about his house was that he had tons of chickens and lived about 1 km from the station. So I walked down a narrow road that passed by a small industrial quarter before turning down a section of swampland. There was indeed a farm down there, but when I rang the bell the man who came outside knew nothing of a guy named Ruso, nor where could I find him. I was starting to worry that I wouldn’t be able to track Ruso down, so when I trudged back into town I felt I’d hit a stroke of fortune by finding a bar with wifi. 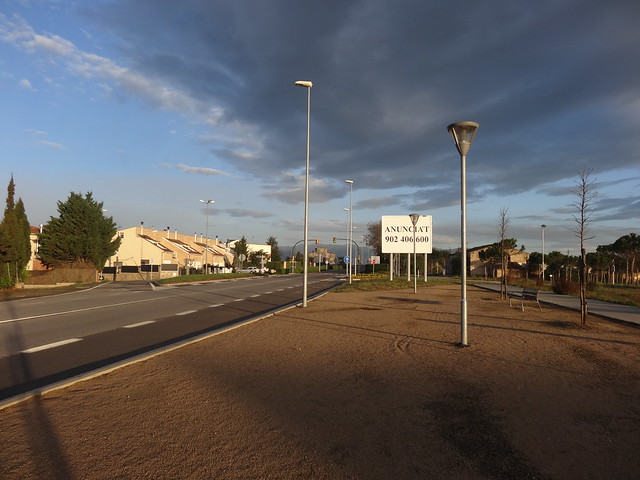 There were still no messages from him, and after calling him several more times and receiving no answers I gave up on finding him–the first betrayal of the night. One man in the bar said that if I walked down the main road going north I would find a hotel after 2 km. I had nothing else to go on at this point and started walking; it was past midnight when I finally arrived at the hostel, and all the windows and doors were shut. By some miracle a drunk with keys on him opened the door when I was about to leave, and I asked him to bring the manager over. I was dumbfounded when the manager, an older man with a droopy mustache and even droopier eyes, told me the place was full. This was pretty much the middle of nowhere, and I saw almost no cars in the hotel parking lot; the second time I was denied! Instead of offering me a place, he referred me to a casa rural–basically a Spanish B&B–just down the road, and said they would have space for me.

A few minutes later I arrived at a handsomely appointed stone house with two incredibly promising signs: there was a seashell tacked against the wall, meaning this place took in pilgrims on the Way of St. James–surely being a former pilgrim would help. Even more promising was the fact that a group of six or seven people were seated in a comfy-looking living room, drinking and talking together. I knocked on the door and heard someone get up to answer it, but then their footsteps receded and I was left waiting. I went around toward the living room; a wire fence divided a terrace extending from the house and the street, so I was about twenty feet away from the window. I raised my voice and shouted at the window (it was closed) if someone could please open the door. No one paid any attention to me. 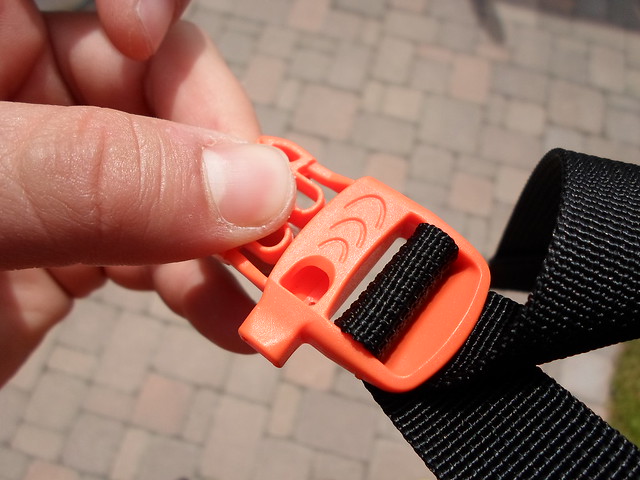 The late hour and my increasingly fatigued body demanded I get a bit more theatrical, so I started waving my arms back and forth to draw someone’s attention, but no one noticed me. Between this and yelling for them to get up and open the door I was making a fool of myself for nothing, but I had one more trick up my sleeve: the rescue whistle on my backpack. I drew in a deep breath and blew like hell–that got their attention like nothing else had. The group got up together and one of them opened the window, curious as to why a clean-shaven vagabond was whistling at his friends at such an odd hour. I quickly explained my predicament and asked if there was room for a bed, also adding that I would gladly pay to sleep on a couch if there were no beds available. The way my luck was playing out, you’re probably not surprised to hear that no beds were available, and the manager apparently had a strict “no couchsurfers” policy. I was betrayed for the third and final time, and now I realized that I would have to find a place to sleep outside.

I did, and not too long after being rejected at the casa rural. I was secluded from the street by a small fence ringing the terrace, and the awning above me provided me with the assurance that if there was going to be rain at least I would be dry. I fell into the restless sleep that comes from spending the night on hard, cold ground, only to be woken up a few hours later by the couple who lived in the upstairs apartment–where there was nightlife in Sils, I had no idea, but I was just as surprised to see them as they were to see me. The woman didn’t scream but she took a hurried step back from me and grabbed her boyfriend by the arm. She threatened to call the police, while he said I needed to leave, and quickly. I sat up and calmly explained that I’d been stranded in Sils and that all the hotels in town were full. When you’re truly desperate, you don’t need to fake it, and I clearly had their pity. I was told that I could stay but that I needed to leave at sunup. 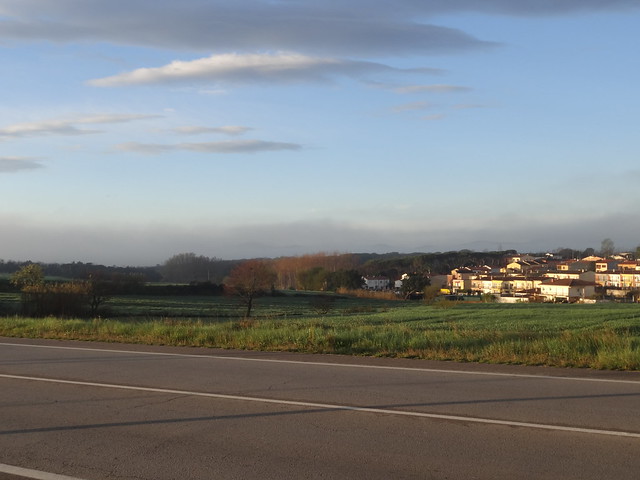 That’s how I found myself walking down the road back to Sils, in the same cafe where I desperately called Ruso last night, telling you my story and considering whether to call him one last time and leave a voicemail explaining what an hijo de puta he was for leading me all the way out here and then mysteriously disappearing. Thrice denied and homeless for the night; what a way to celebrate my return to Spain!

If this is your first time reading my blog, let me know in the comments section below! It’s nice reading about how shitty my travels can be from the comfort of your living room couch, isn’t it? So why not follow me? It’s free, and I don’t believe in spam–click on the “Follow!” button up there on the right for stories from my travels and inspiration for when I go somewhere cool and don’t end up homeless.