Five months have passed since I left the farm in Normandy, was detained and deported out of the UK, and finally made it back to the USA.

That’s twenty-one months, if you’re keeping score at home, that I was gone from the country of my birth, roaming around much of Europe, as well as traveling to Morocco, Israel, Jordan, China, Hong Kong, and Singapore.

Nothing too out of the ordinary happened while I was back home. I spent time with my friends Dennis and PJ from Via Lucis at their home in Cape Cod, saw a host of other friends in Boston, NYC and San Francisco. 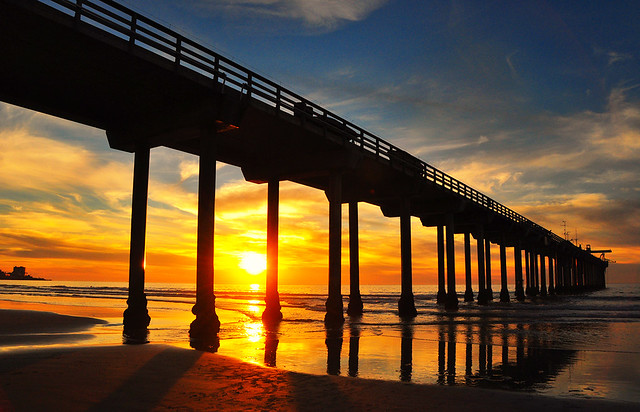 Then I came back to San Diego and finally remembered what it was like to sleep in my own bed. Oh, and I also spent a lot of time going to the beach. I’m biased, but there’s no place I would rather watch the sunset than at La Jolla Shores beach, with the waves of the Pacific dark blue in the last light and streaks of pink and orange lighting up the distant sky.

I had a pretty quiet summer, focused mostly on building up my workload as a writer to save money, hung out with my family and made a few new friends. But this wasn’t really coming home for good, not yet.

Right before I left Europe at the beginning of May I bought a ticket to Florence.

I wasn’t ready to say goodbye–especially since, despite seeing so much of Italy, I had never set foot in the city that gave birth to the Renaissance.

It’s kind of like an awkward, friendly giant hanging around.

Since I came here with the intention of continuing to work, things have been busy for me. This is my first week here and I’ve still yet to enter the Duomo or hit up the major museums. 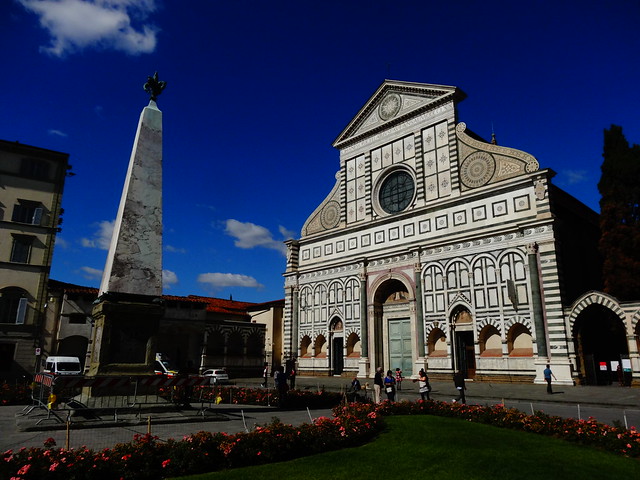 One place I have visited is Santa Maria Novella, which is located conveniently next to the central train station of the city. European city planning never ceases to boggle my mind–imagine getting off the train, buying a cheap ticket to enter Santa Maria Novella, and then laying eyes upon the monumental crucifix inside by Giotto, just a couple minutes later? 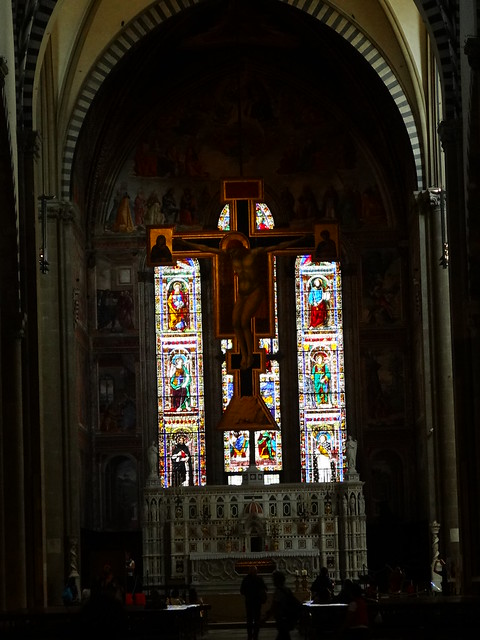 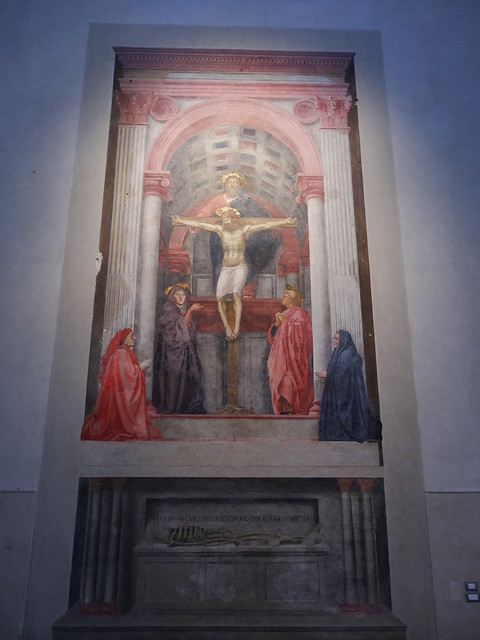 And while I have so much art left to see, I’ve made a point of consuming as much pizza, pannini, and gelato as possible.

The Mercato Centrale is a bit pricey since it caters especially to tourists, but you’re also guaranteed to have an excellent meal. Think of it like the Florentine version of Mercado San Miguel in Madrid. 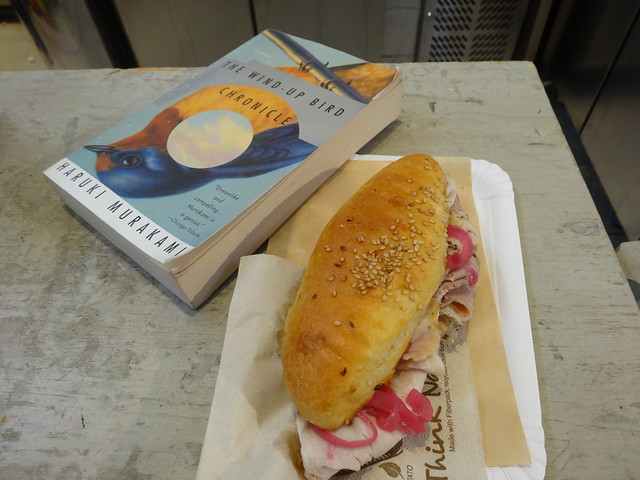 For just four Euro–which is thankfully super weak right now–this porchetta pannino really hit the spot. A generous serving of pickled red onions on top gave it a nice tang to compliment the equally zesty mustard slathered on the bottom of the bun.

As for Murakami’s The Windup Bird Chronicle, I’m getting there.

I’ll get to the rest of Florence too, eventually–I still have two weeks left here before I head off to visit friends in other parts of Europe. And I might be back for the last week of November, depending on how things work out some of my friends.

If you’ve been here before, what are some other places in the city that I need to check out? Your suggestions are not only welcomed, they are appreciated!

31 thoughts on “And Then I Was In Florence”