I’m surrounded by cardboard boxes of pigeons and men haggling over them. 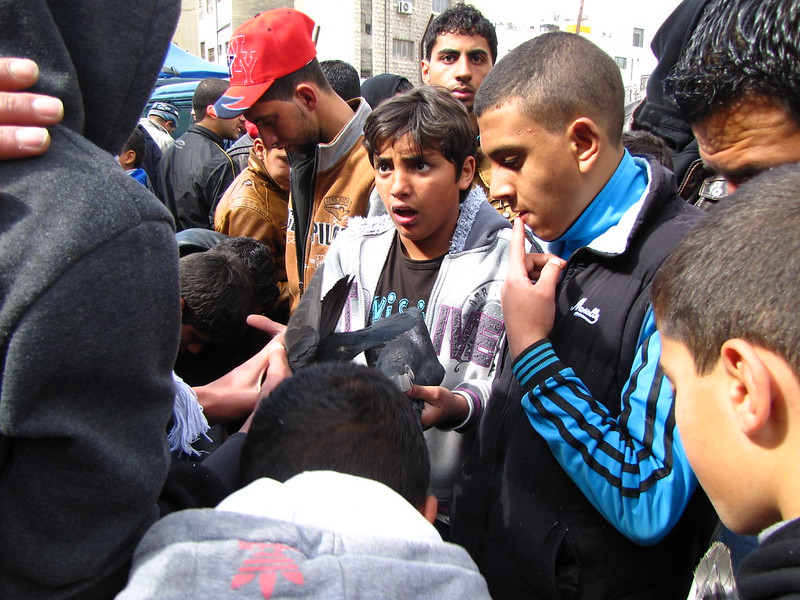 There’s a heavy crush of people, 98% of whom are men, and you can’t see the pigeons until you’re standing over a box. From afar it would appear that everyone here is hiding illicit drugs or weapons in the boxes.

Two baby-faced teenagers grasp the birds upside down in their hands, splaying the feathers to demonstrate quality, aerodynamics, or perhaps comparing the birds’ phalluses–I can only guess.

Quite literally for no reason, a stampede starts in the blink of an eye, and I am caught up for several breathless seconds with a tidal onslaught of people running. It’s over almost as soon as it starts, and since I don’t understand Arabic I have no idea what causes it.

The sun is beating down on my neck and I decide to retreat to the cool darkness of my hotel.

6 thoughts on “Postcard From Amman: The Saturday Pigeon Market”