While I spent most of January living and writing in Split, I used the city’s excellent position on the Dalmatian coast as a home-base for many day-trips around the region. Even after a month in Split there were several places which I missed out on, which speaks to the wealth of opportunities for exploring Dalmatia. Obviously, there’s a big difference between visiting what is arguably the most popular region of Croatia during the winter as opposed to the summer, so I’ll examine some of the differences and give you ideas should you visit this beautiful part of the world one day. 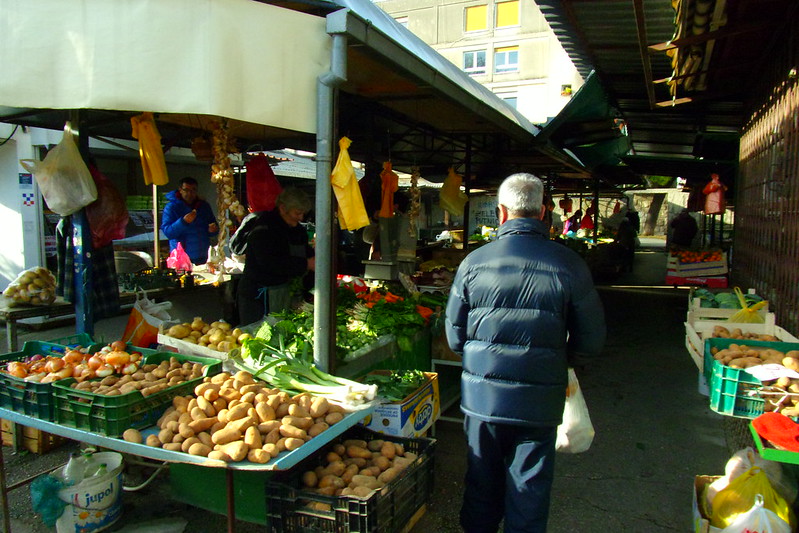 During the off-season, prices for accommodation go way, way down. I had my pick of apartments to rent, and ended up paying less than $400 for a room in Spinut, one of Split’s best neighborhoods. I’ve also heard anecdotally from others who have traveled through Dalmatia and said the price of hostels is literally twice as expensive during the busy summer months. 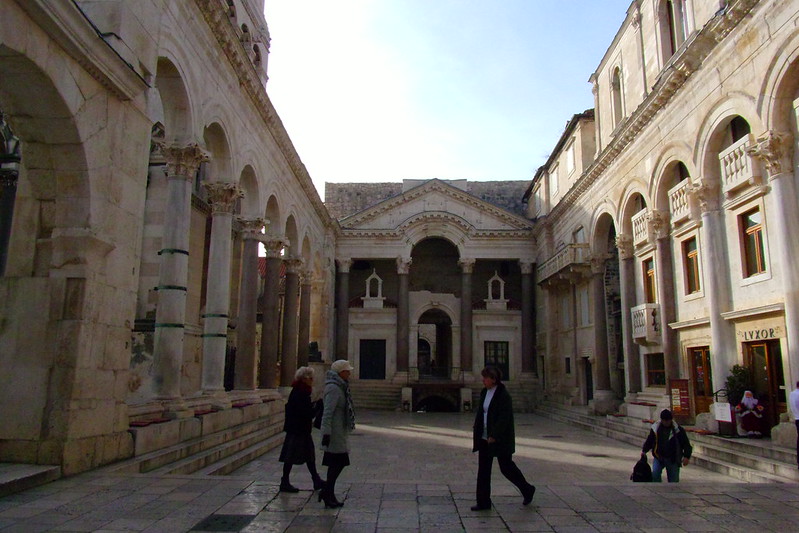 I’m not one for guided tours and fancy excursions, but I imagine that prices go down on these activities, too. If not, I’m sure tour operators are willing to throw in extras to sweeten the pot for you. 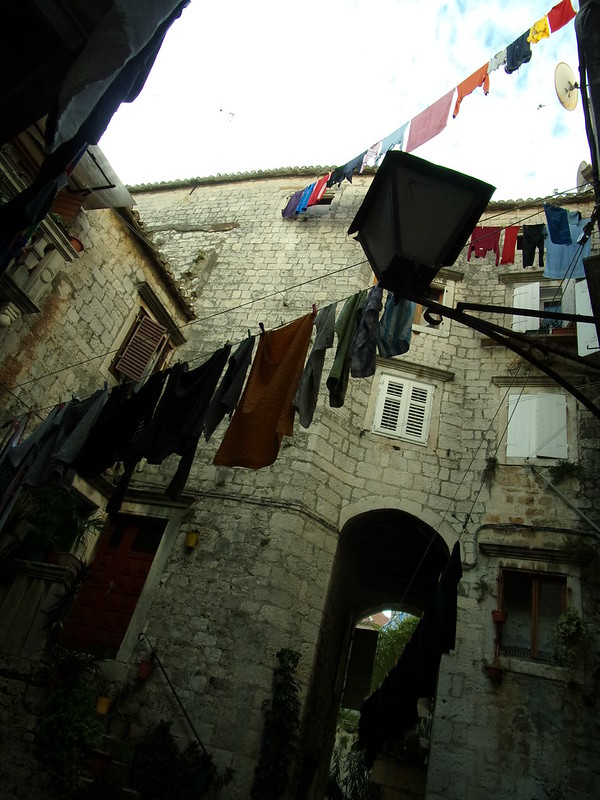 The old catch-22 about tourists wanting to be the only tourists around is true. When you’re the only foreigner somewhere, you feel more connected to the place you visit. And most importantly, when there’s no one else around you can take better photos. I was one of just a handful of tourists when I day-tripped to nearby Trogir, so I didn’t have to contend with noisy guided tours clogging its narrow streets. 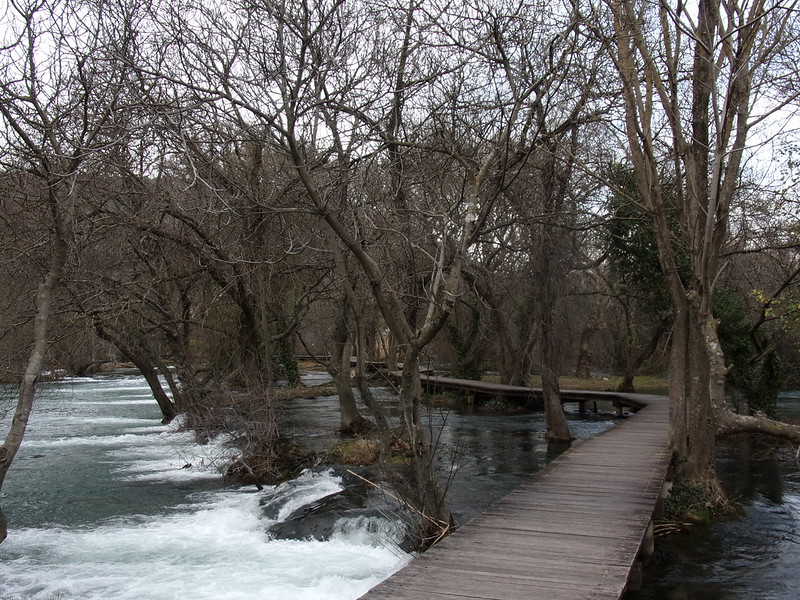 When I visited the national park Krka for my birthday I had the entire place to myself. Being able to walk over the cascades and behold the surging waterfalls in solitude was the perfect way to celebrate my birthday. Couples, take note: visiting Krka in wintertime would make for an incredibly romantic date, plus as long as you don’t try skinny dipping you can probably tolerate the cold long enough for–ahem–other naked activities. What a story that would make! 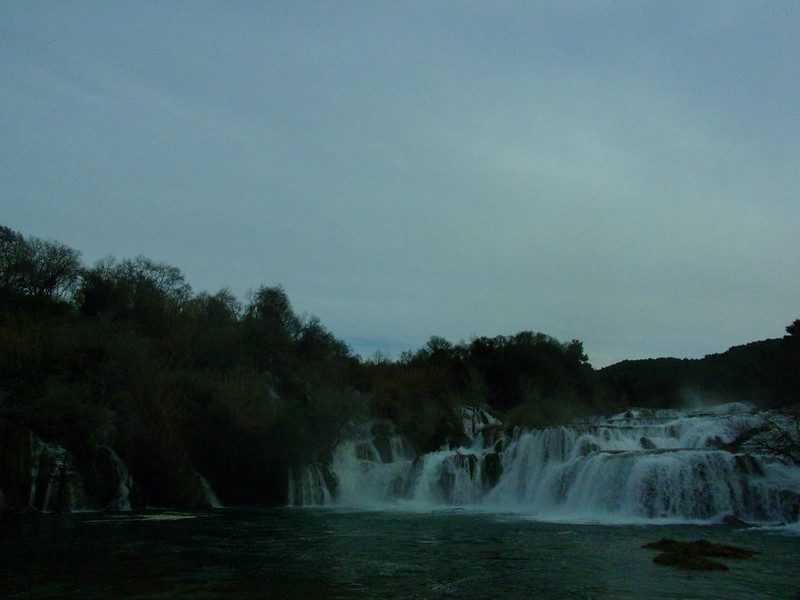 You Don’t Have To Plan Ahead

If you think you can waltz into Dubrovnik (I’m saving it for my next visit) in the middle of July without a reservation prepare to sleep on the streets or end up paying through the nose for a fancy hotel and blow your budget out of the water. Off-season travel in Dalmatia allows for you to make sudden changes in your itinerary without such a worrisome dilemma.

You Can Beat The Heat 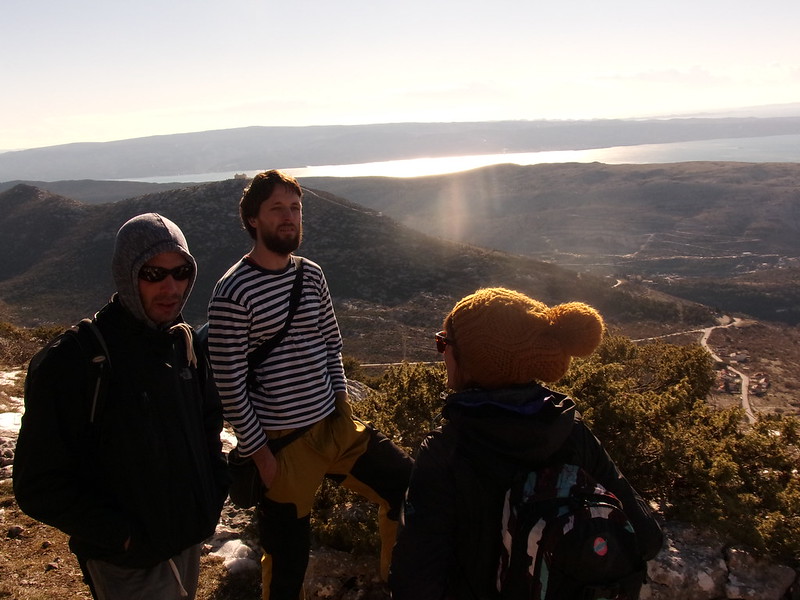 Not that Dalmatia is scalding hot during the summer time, but if you want to go hiking and enjoy stunning views from the mountains, your best bet is wintertime. On my first weekend in Split I joined my flatmates for a day of hiking nearby Mosor mountain, and the weather couldn’t have been better: it was sunny but cool, and even though there was snow on the ground from a storm the day before it was a pleasant hike. 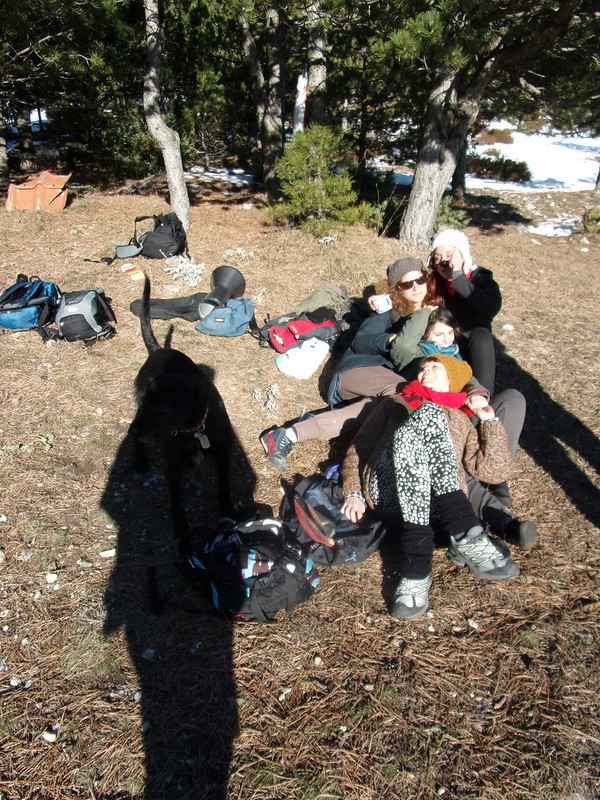 A chalet at the summit of the trail serves a deliciously warming bowl of beans and sausage with bread, and a cabin nearby is perfect for grilling food, drinking, and singing as the sun sinks below the pines. I asked if they did this during the summer. “No, it’s too hot then,” I was told.

You Can Take An Epic Train Ride Through Snow-Covered Mountains 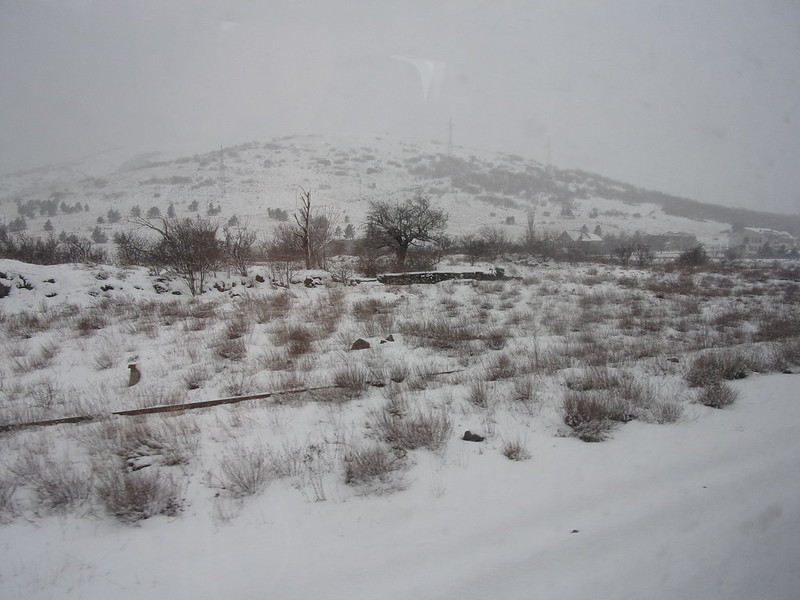 When I finally left Split on February 1st I took a train to Budapest. I split (ha, bad pun) the ride in half and stayed overnight in Zagreb (which is where the hostel sex episode happened). 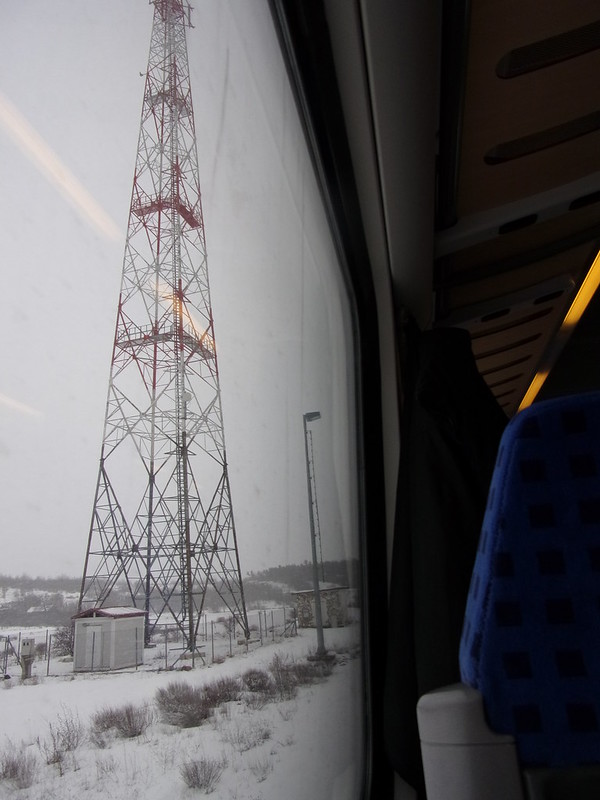 Along the way, I passed the hours staring out into a winter wonderland. My ticket only cost about $16–half the cost of what it would be during the summer–and the train made it to Zagreb without any delays. The only slight downside to this is that there is a summer-only overnight train from Split to Budapest via Zagreb, but you can’t appreciate backcountry Croatia if you’re asleep!

The Nightlife Dies Down 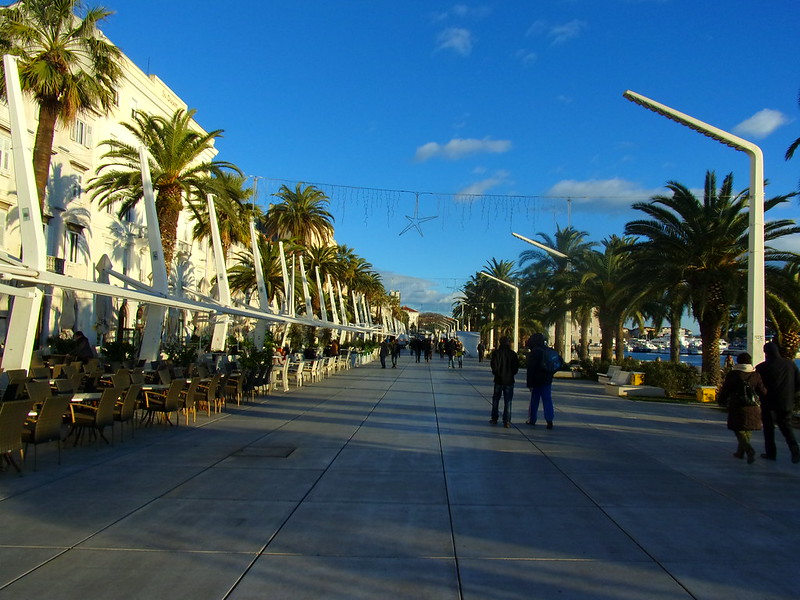 My flatmates Jenny and Tomo explained to me that people in Split are easily scared off by the cold. At night in January, temperatures usually weren’t freezing, but it was still unpleasantly cold. Most night were spent in. During the summertime, this changes. The entire town congregates around the Palace; Riva, the waterfront promenade lined with cafes, brims with people. According to Jenny, during the summertime people don’t even have to make plans to meet up–it’s possible to bump into them on Riva, sipping a coffee and talking with friends.

There’s A Lot More Going On 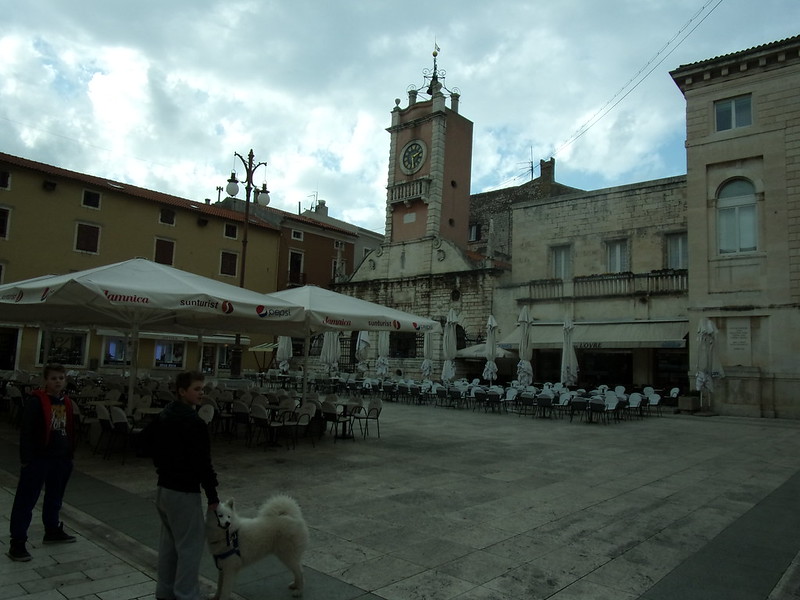 At the very end of January, the museums in Split have an open doors night–you can see everything for free. This is done with the locals in mind. After a summer filled with foreigners it’s a great opportunity for the residents of the city to enjoy the cultural aspects of Split without being jostled by tourists. That said, this was probably the only major event that happened in the city while I was there. During the summer many surrounding towns host all sorts of festivals–here’s a comprehensive list of them. Zadar, pictured above, hosts an especially well-known theater festival.

You Can Go Swimming 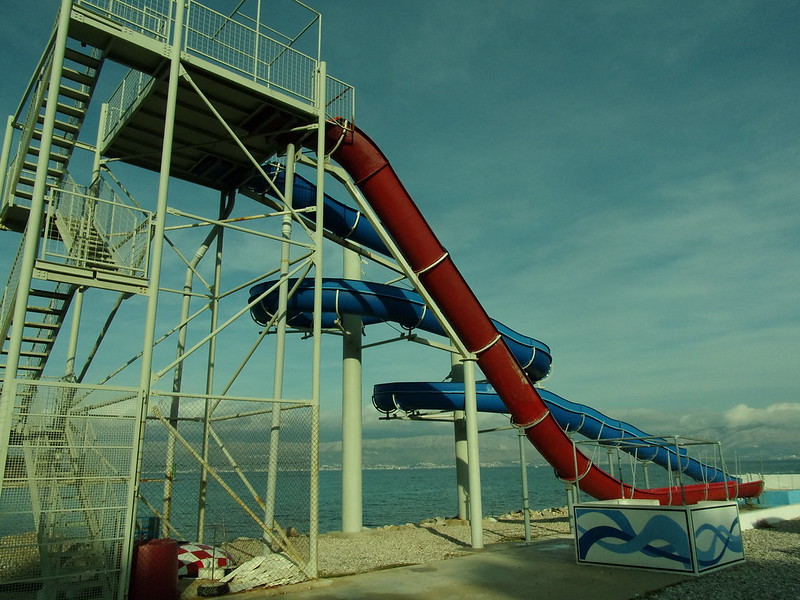 The Adriatic Sea is a little too chilly for a swim during the winter time, but summer is a different story. This water slide in Supetar probably sees a lot of action in June, but none at all in January. 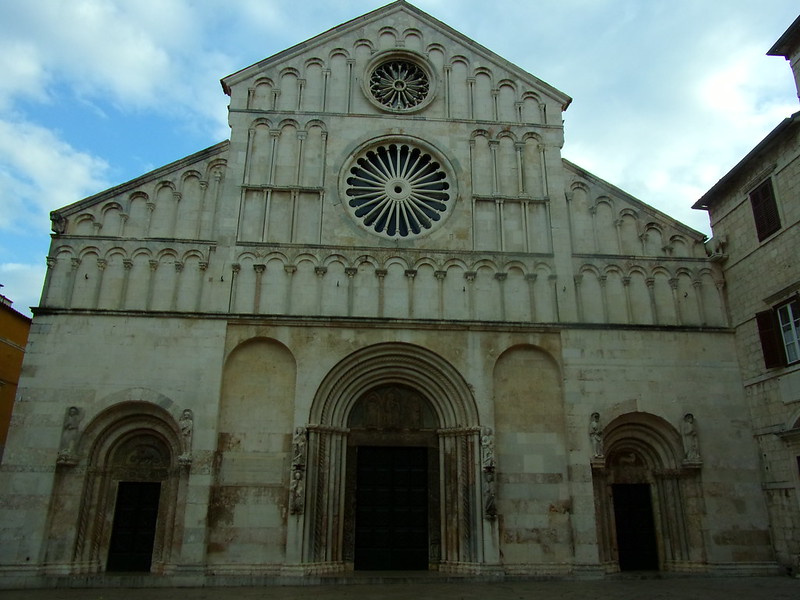 This is St. Anastasia Cathedral in Zadar. It features a unique blend of Romanesque and Gothic style imported straight from Venice, and sadly for me it was closed when I visited. 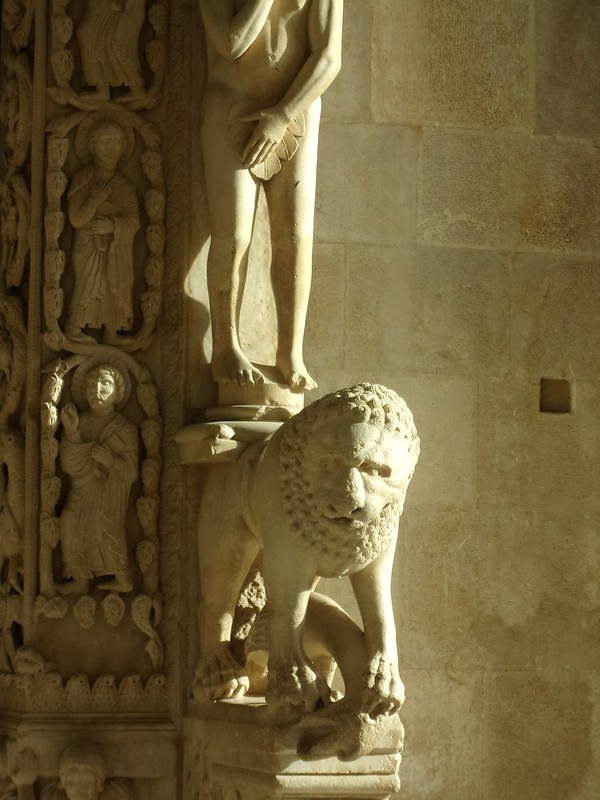 St. Lawrence Cathedral in Trogir has one of the best-preserved and most intricate Romanesque portals I have ever seen, but I had to photograph it from behind the bars of a gate, because it too was closed. I asked around and was told I had to go to the town priest to have it opened–not surprisingly, he wasn’t there. Visiting hours for museums and other places of interest are much longer during the summer months. Summer is your best bet for getting to see all the attractions you’re interested in.