This post was featured in an online magazine called Clapway. If you wish to help me make a little extra money by clicking this link and reading the article on their site, I would really appreciate it! If not, you can read it here.

I realized they were having sex when John’s snoring stopped.

Barely discernible at first, the wet squeak of fingers on self-lubricating flesh filled the silent room like an uncomfortably loud fart in a quiet elevator.

Not long after the squeaking began, a quivering sigh escaped Skylar’s mouth.

Am I really going to lie here while they’re boning? I wondered to myself. The seconds crept slowly by.

12 hours before John and Skylar were getting it on within 10 feet of my bed, I had just arrived in Zagreb from Split. It was Sunday and a soupy mist clogged the empty boulevards and coated the metal tram rails with dew. I trudged down the main street in the center of town and found my hostel almost as empty as the rest of the city.

Skylar was sitting on her bed when I came in, iPad in hand. A brief hello, nothing more—I set my pack down and she kept tapping away. I went downstairs to the bar, intending to ask what was worth seeing on my brief stop in the city, and was waylaid by two local students. After a few shots of rakija, a tobacco-heavy blunt, and a beer I glided back upstairs and saw John sitting on the bed opposite Skylar.

Instead of going out to see rainy Zagreb, I spent the day inside the dorm, talking with my two new roommates. John was a vagabond electrician from Queensland, Australia and was a walking Australian backpacker stereotype. His humongous pack was covered in patches representing all the countries he had visited—many of them in Latin America, although despite his immersion in Mexico and Panama his Spanish seemed limited to una cerveza por favor. He knew a fair amount about beer and had a number of stories to tell involving inebriation, and he carried a skateboard—easy transportation in warm weather and more usefully, a great way to impress chicks. He also had a messy beard that looked like something out of a third-rate pirate movie, but he claimed that it made him resemble Tom Hardy. 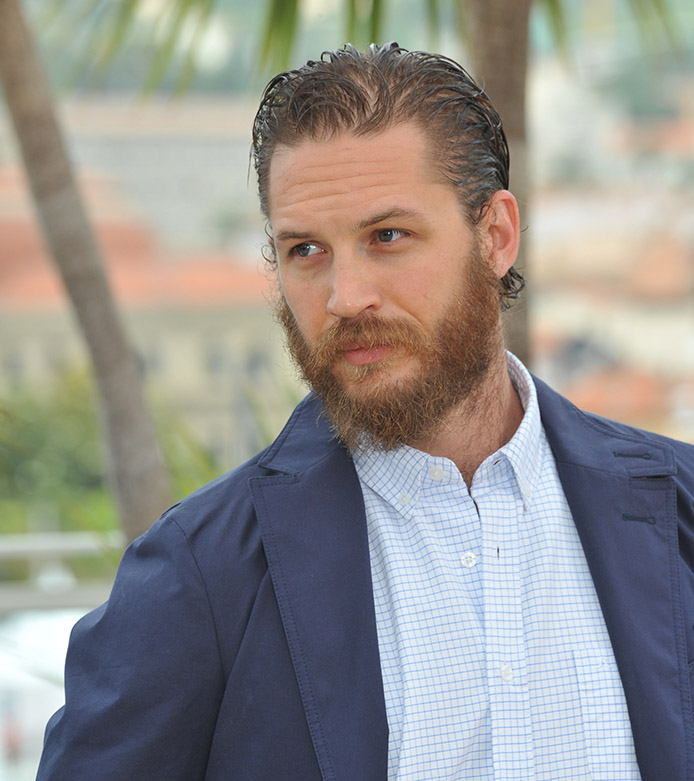 Ladies, I promise he didn’t look anything like the read Tom Hardy.

Skylar hailed from a rural town in Central California and had spent the past three years managing a winery tasting room, finally quitting her job in order to travel. She was two months into her open-ended trip around Europe, and so far had enjoyed Barcelona, Lisbon and Porto while getting wasted with people she met in hostels. Apart from going on walking tours in the places she had been to and getting robbed in Barcelona, it didn’t seem like she had so much to share about her travels. Her red hair was tied into a long ponytail and she had rather alluring green eyes, but she had quite the beer gut going—alcohol was clearly getting the best of her. Skylar was pretty much having your run-of-the-mill Eurotrip, sending postcards home to her niece, which was thoughtful of her.

We went out for Indian, a welcome change for me after meat-heavy Balkan cuisine the past two months. Beer was consumed with dinner, along with several more beers after we came back to the hostel, and around midnight I passed out. I was woken up not long after by John, who decided my ear was the perfect receptacle for his wet finger. I was drunk and sleepy enough not to care, and fell back asleep.

Around six in the morning, I was woken up by a French girl who was also staying in our room. She spent about fifteen minutes shuffling around and making an obnoxious amount of noise while her bedside lamp shone brightly in my face.

While she was being as inconsiderate as possible, I decided to go to the bathroom, and when I got up I noticed that John was sleeping in Skylar’s bed. Good for them, I thought—I hadn’t heard them getting at it earlier, so no harm, no foul.

The French girl tramped out the room and I concentrated on falling back asleep for a few more hours before I left Zagreb for Budapest.

Unfortunately, this was when I became the unwilling third wheel in John and Skylar’s tete-a-tete. The longer it went on without me saying anything, the less I wanted to interrupt them. The rational part of my brain asked what harm it was that they were having sex, albeit not more than a few steps away from me.

It’s not like I’m five years old. They’re not my parents (ugh!). Also, is sex really that traumatizing? Maybe neither of them have gotten laid for a few months. I don’t want to be a cockblock.

I resigned myself to a resolute silence, figuring it wouldn’t take that long for them to finish—John didn’t seem like the marathon type, despite his Australian swagger. Predictably, about five minutes later he let out a deep sigh, and the squeaking stopped.

Then John found a second wind, and the squeaking started less than ten minutes after it stopped.

At this point, I didn’t care so much about them having sex—I just wanted some peace and quiet. It was time to take a stand (figuratively, of course—I didn’t dare peek out from the bed covers, because seeing the two of them f*cking was infinitely worse than just hearing them).

The squeaking stopped. An uncomfortable silence took its place.

“Listen, I get where you’re coming from and I’ve been there myself (I lied—I’ve hooked up in hostels before but have never been piggish enough to f*ck in the same room as other people) but I’d like to sleep now.”

My ordeal was over. I heard John shifting in bed, perhaps cursing me for leaving him at half mast without a hole to plug, and I finally fell asleep. An hour later, I was up again, grateful for their sleep—feigned or otherwise—and left Zagreb with nothing to say about the city itself, but with this story to tell.