We woke up early in the morning, worried that we would be stuck yet again until the Swiss people came driving along. By 8 AM we were standing with our thumbs out, waiting for a sign of life. I paced up and down the pavement, walking along the empty road for 100 yards, then doubling back.

An hour later and two cars had passed us by. I wondered if it would be smarter for me to hitch the 230 km back to Isafjordur and then fly by to Reykjavik, or else risk being stuck in the Westfjords just a day before my flight left from Iceland to Copenhagen.

I decided to hitch whichever came first: a ride to Holmavik, completing our circuit of the Westfjords, or else one doubling back to Isafjordur. The Universe was intent on showing me how absurd my attempts to plan were, because almost immediately a truck came roaring down the road in the direction of Isafjordur and it stopped right in front of me. This was the first time I had ever had a truck stop for me, and I was a bit surprised. To my disappointment, the driver was only going another 10 km, to Reykjanes. I decided to wait for a better ride.

Not more than 30 seconds later, we saw headlights coming to us from the opposite direction, and a small white bus stopped for us—two rides in the span of a minute, after an hour of nothing. Like London buses, this is how hitch-hiking works.

The driver of the bus was going to Reykjavik, but he wanted to charge for our trip. To be clear, this bus was a private tour bus, and the man was only delivering it there, so it wasn’t like he had to make us pay. That said, we didn’t want to stay in the same place any longer, so I negotiated $6 for both of us to ride 80 km to Holmavik.

Perhaps because he was bitter I didn’t pay more for the ride, our driver wasn’t very talkative. Apart from when he ran over a sheep in the middle of the road—“whoops, that doesn’t happen too often”—he didn’t have much to say. He dropped us off in Holmavik, asked if I was willing to pay $45 to go the rest of the distance to Reykjavik (I laughed at his greed and declined) and then the rain began to fall.

Holmavik had a grocery store, which was good news since my shrooms-inspired munchies binge the night before left me out of food. There was also a museum of Icelandic Sorcery in Holmavik, and they had wifi to boot. Johannes and I said our goodbyes, and I spent the next six hours catching up on internet things, eating, and learning how to use Icelandic runes to become invisible.

There was a bus leaving Holmavik just past 7 PM that would take me to Borgranes, and in between waiting I went to the sorcery museum, caught up on four days’ worth of backed up emails and facebook updates, and then waited outside for the bus. It never came—or so I thought. I was expecting a big yellow bus, like the ones in Reykjavik, but I was told by the clerk in the grocery store that it was a small white one instead. Oops.

I was 225 km from Reykjavik and didn’t want to have to hitch it all the next day. So as the last light seeped out of the sky, I hauled my stuff back to the main road and waited for a ride to come.

Not more than 15 minutes had passed when a compact 4 door car already brimming with camping gear pulled over. Three people were squashed inside, but they motioned for me to join them. After a Tetris-like game of shifting around backpacks and assorted junk, there was just enough space for me to sit down with my pack on my lap.

My 11th hour Samaritans were from Poland; two guys and a girl, all students, on a weeklong road trip around the country. They were on a very tight budget and camped out in a tent suitable for two people. After two hours of driving we made it down to the main road leading to Reykjavik in one direction and Akureyri in the other. We set up camp in a field and crowded into their tent and cooked noodles, sausage, and powdered spaghetti sauce on their camping stove, then were lulled to sleep by the steady sound of rain falling. 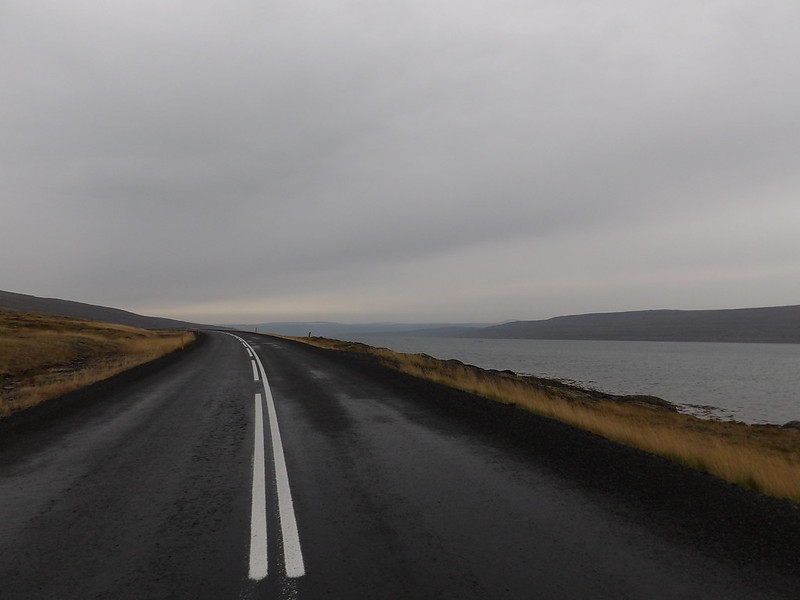 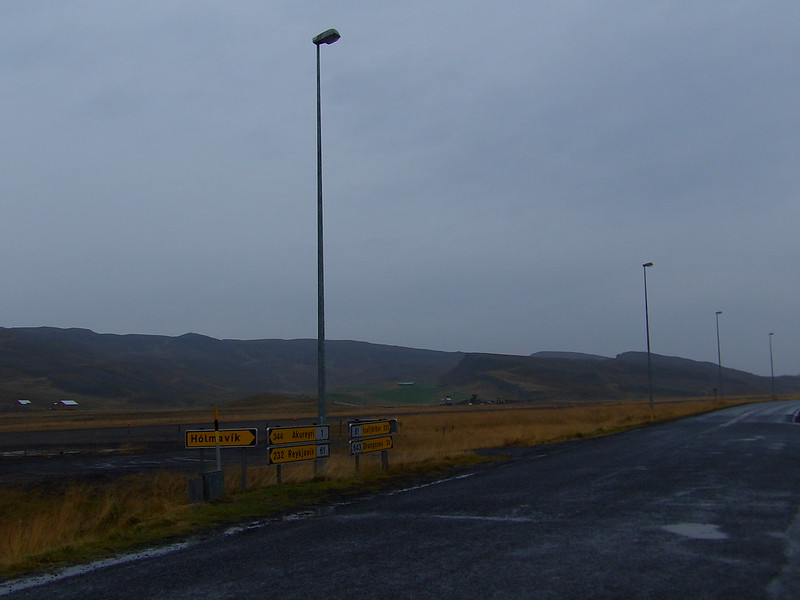 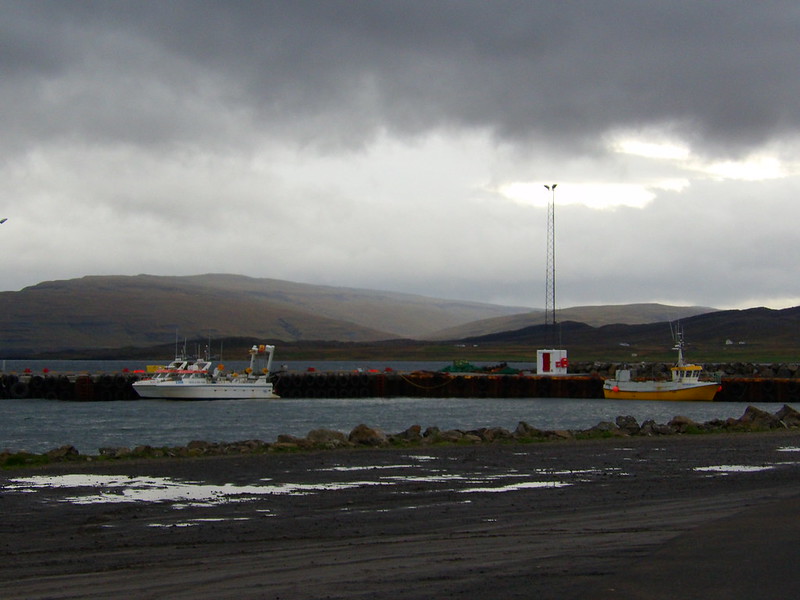 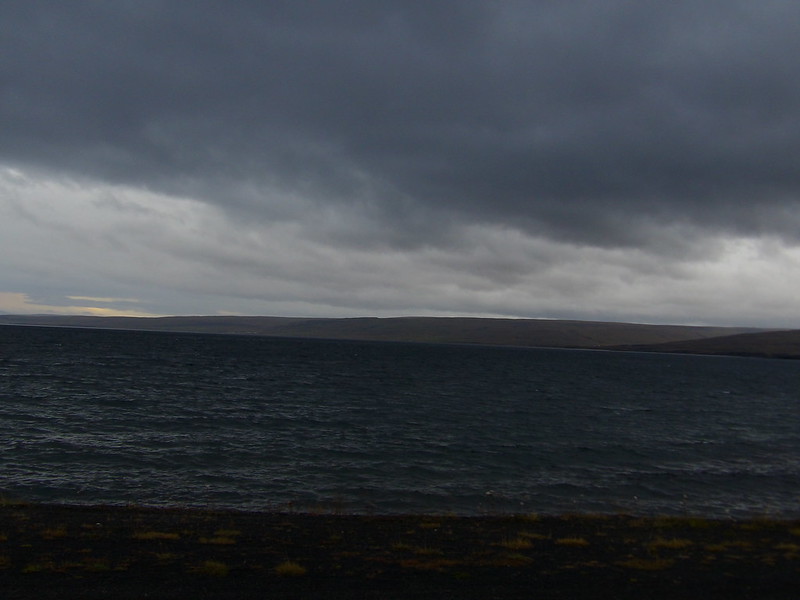 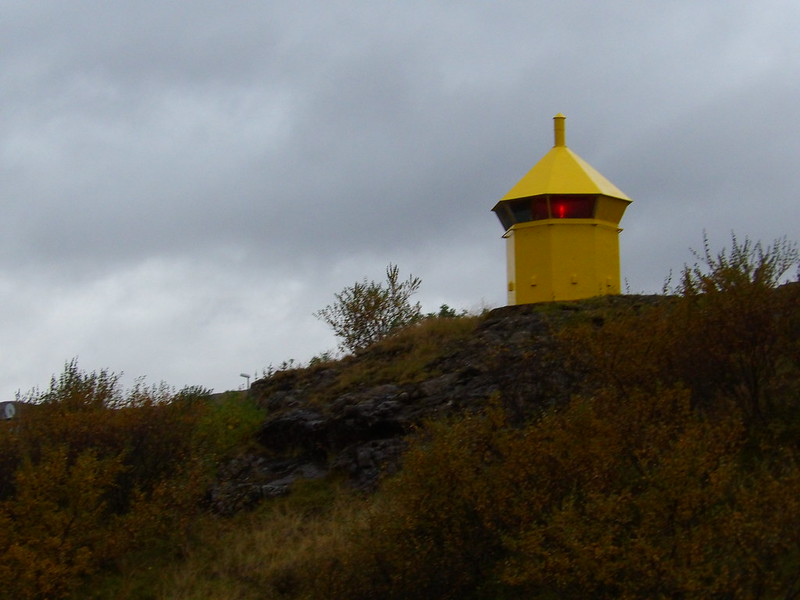