When we woke up in Olafsvik, Johannes and I smelled freshly baked bread; there is nothing more soothing after a damp night in a tent than a warm roll. That, and a hot shower in the empty house where we had camped, and I felt great (apologies to whoever owns that house; I didn’t intend to flood your bathroom).

We caught a short ride with a guy who fished and farmed for a living; he dropped us off in the middle of the road and went back to his farm.

Clouds set in and Johannes and I scanned the road; we had a great view of the fjord and could see for miles, but there wasn’t a car in sight.

After about ten minutes we saw headlights coming our way and hope surged inside us, but the car passed us without slowing down. Another twenty minutes or so, and one more car passed us by, but finally a white SUV driven by a blonde woman pulled over.

Our driver was an Icelandic woman on her way to catch a flight to Chicago to join her husband on a business trip. She told us that she normally didn’t pull over for hitch-hikers, but since we were in an isolated area it didn’t seem right to leave us by the side of the road.

We were deposited in Brogranes and soon got a ride with a handicapped woman driving all the way to Akureyri, a “big” city on the north coast. I considered staying with her, but then realized that would mean skipping the Westfjords, one of the prettiest regions in the country. She dropped us off at the main road leading into the Westfjords, the most desolate part of Iceland besides the literally uninhabitable central Highlands.

A light rain was falling (there was always a light rain falling) and after the first thirty minutes went by at least five cars passed us without stopping. I decided it was time to bust out the magic hitch-hiking dance, which involved me waving my arms up and down, jumping, making funny faces, and generally looking like an idiot. Not surprisingly, the next few cars drove by us despite my best efforts to elicit a laugh. Finally a middle-aged bearded guy driving a pickup pulled over.

Our driver’s name was Kristjan and he lived in Reykjavik with his wife and daughters, but they had a second cottage in the mountains here, along with some sheep. Seemingly every Icelander, rich or poor, owns sheep.

Out of all the times I hitched in Iceland, Kristjan was the best one. He took us to his cottage, lit a fire and fed us skyr—a type of yogurt—bread and cheese, and made us coffee. We spent well over an hour talking about politics, travel—particularly Berlin, where he lived when the wall fell and the crazy decade that followed—and he gave us recommendations for some places to see in the Westfjords.

The hitch-hiking gods smiled on us, and when Kristjan dropped us off at a service station along the main route, a Canadian woman named Carmen asked us if we needed a ride. Yes, we replied—where was she going?
For the next few hours Carmen drove us in her 4×4 along mostly gravel road, skirting cliffs, climbing mountains, descending into steep ravines.

Finally, as night came we reached our destination. It was a small village at the end of the road called Bildadalur. For most of the ride we’d had some great conversations with Carmen and our chemistry was good, and in a place this out of the way we knew we wouldn’t have too many other rides offered to us.

Carmen checked into her hostel while Johannes and I went to the municipal hall, where a party for the local government workers was being held. Most of them were middle-aged women and all but two of them were grossly overweight; they were staggeringly drunk and besides themselves that two foreigners were camping for the night in their village. Two or three of them played with Johannes’ hair, while another with hideously bad cigarette breath tried cozying up next to me. Despite the flirtatious advances of Bildadur’s finest, we chose to stick to our tents for the night. 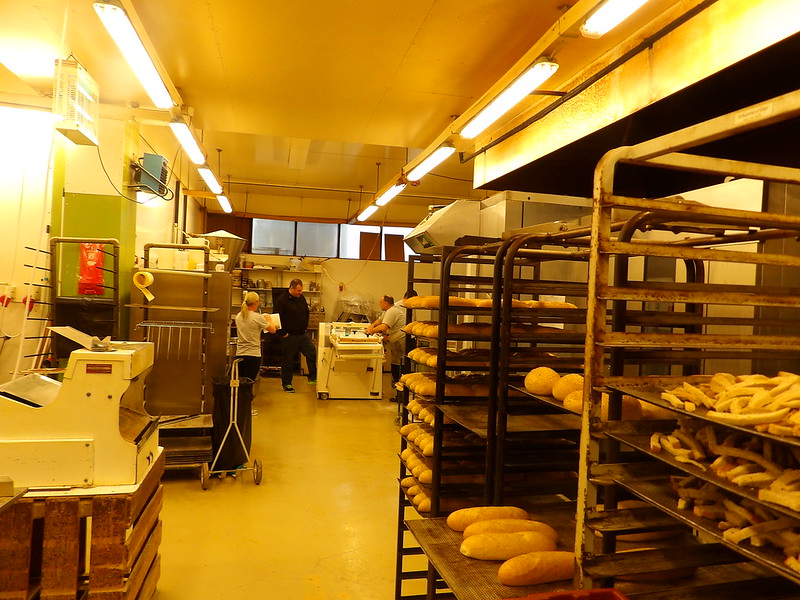 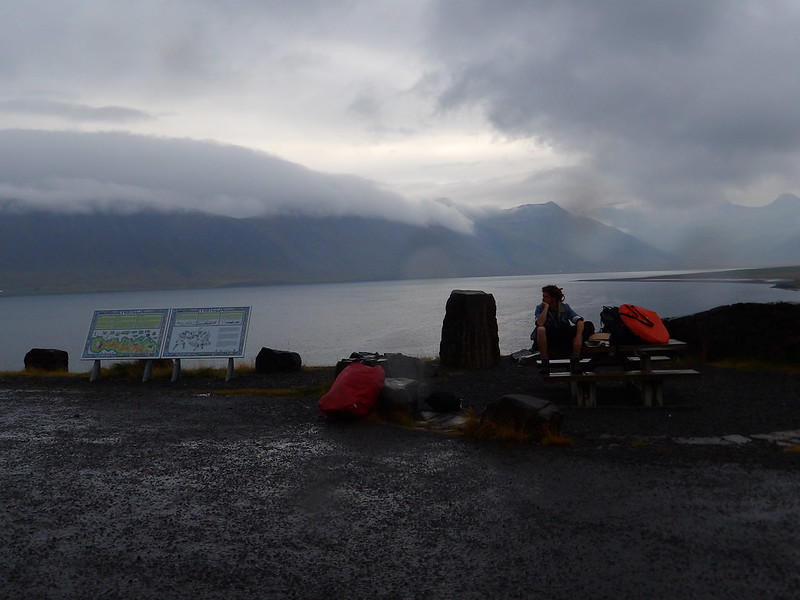 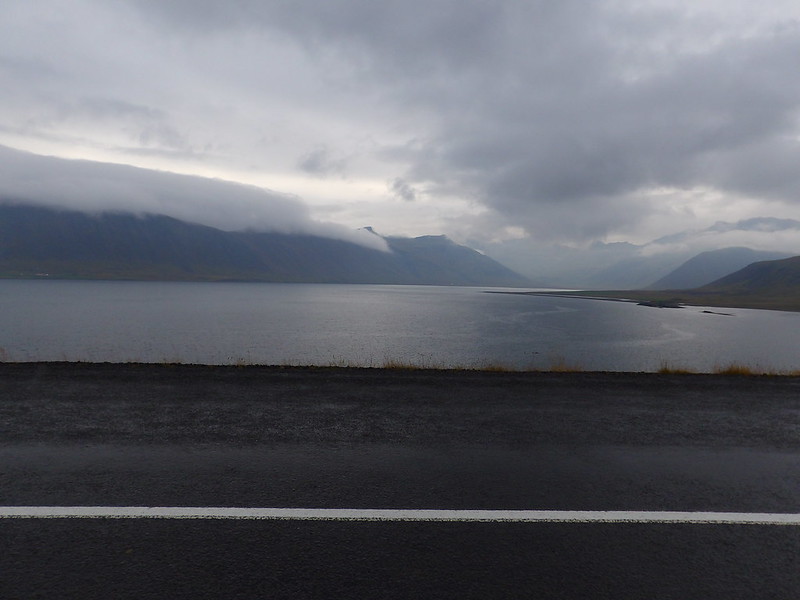 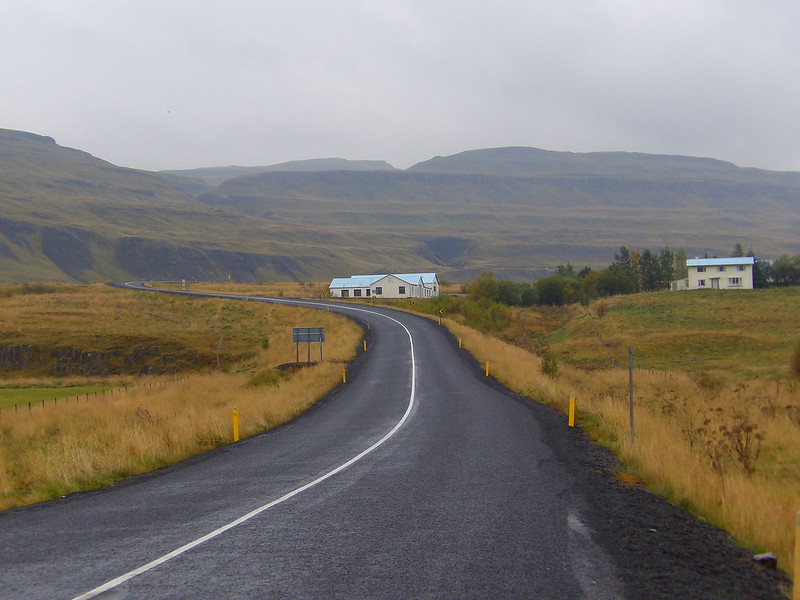 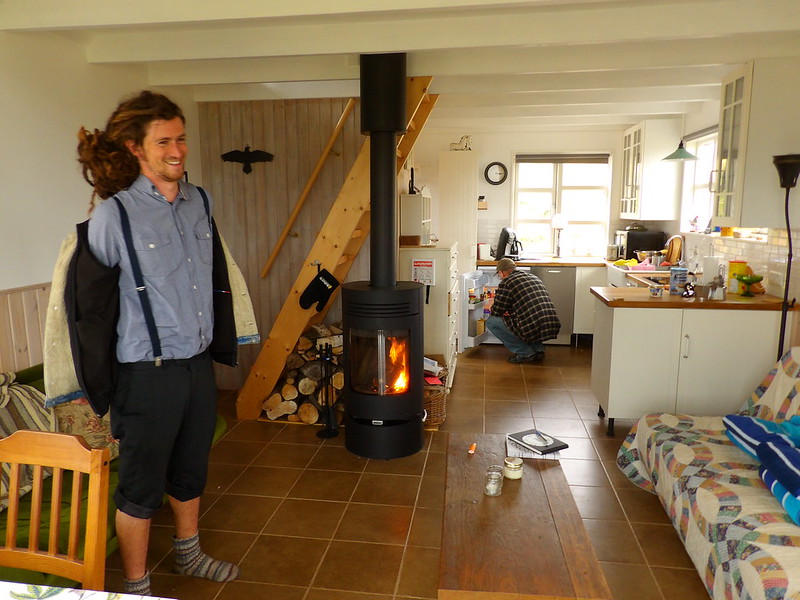 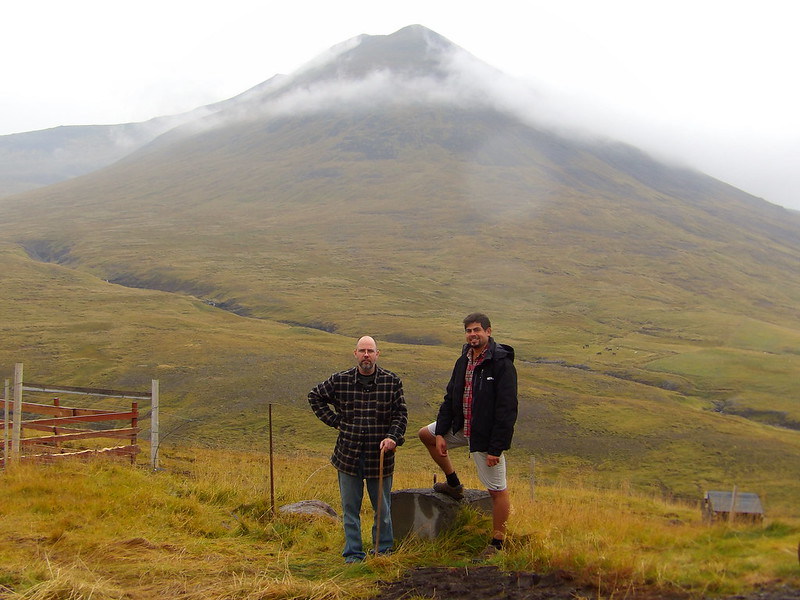 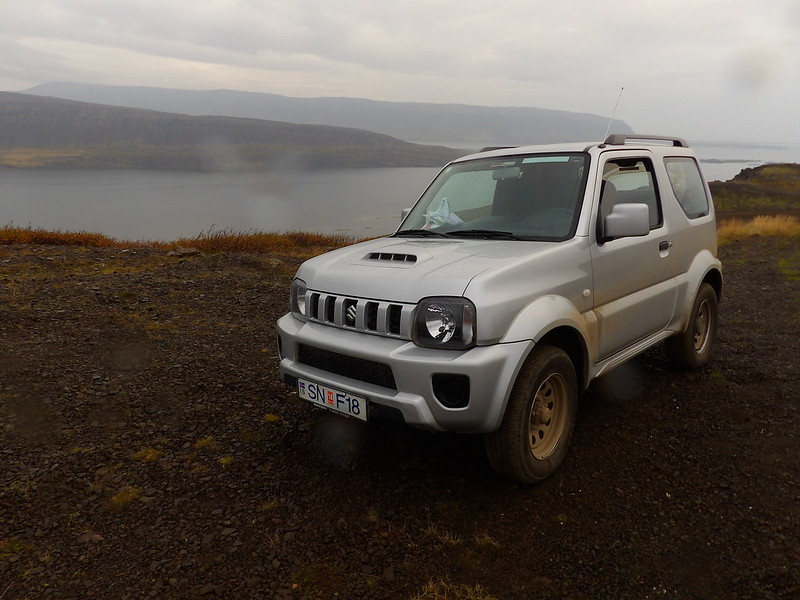 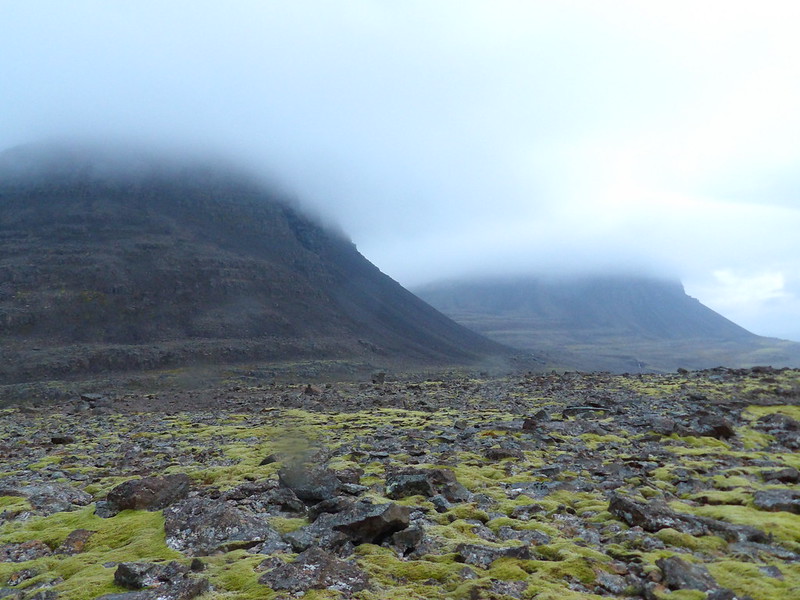 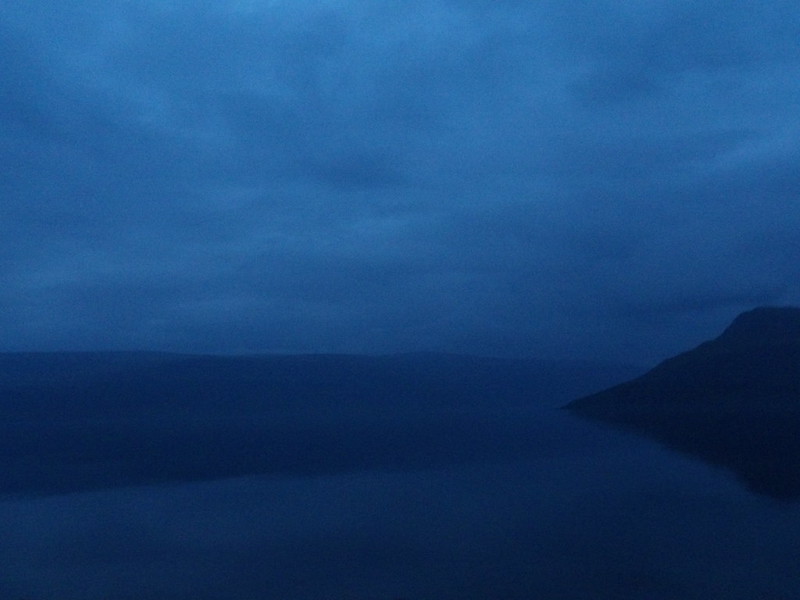