How did I find myself in Scotland, eating Haggis? I blame these two ladies. 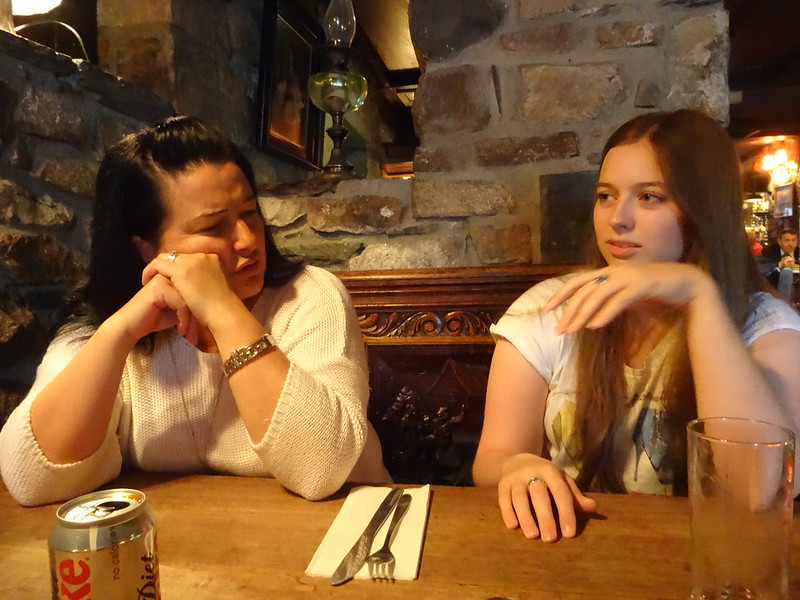 Way back in December I met that in Glasgow at an Olafur Arnalds concert (it was excellent, thanks for asking). We hit it off and they offered to have me visit them should I ever grace fair Scotland’s shores again. It took me half a year but I made it back! Part of my visit to Arrochar, a lakeside village about an hour north of Glasgow, involved trying Haggis for the first time. 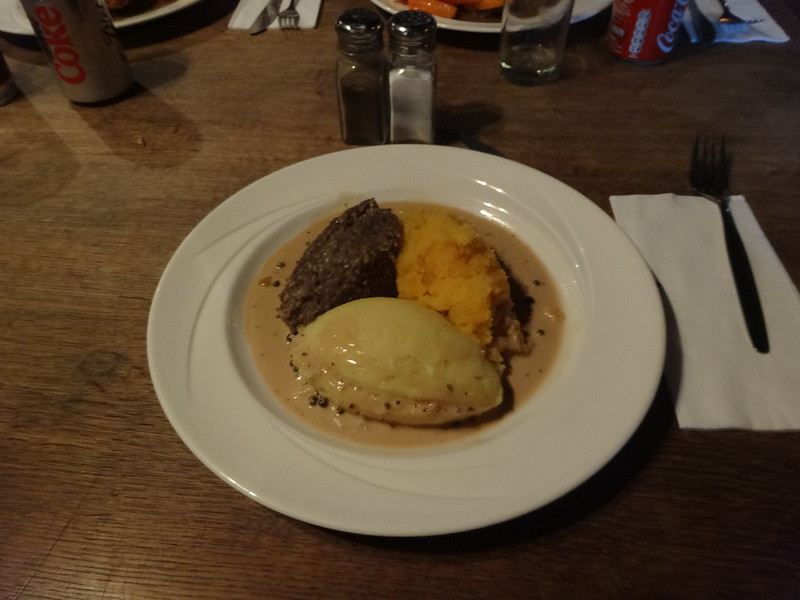 Haggis appears to look like ground beef. In case you’ve never heard of it, it’s actually ground sheep’s stomach (or intestine, I forget exactly which), rolled in oats and spiced up. It has the consistency of mincemeat and tastes alright, but it’s not nearly as good as the mashed ‘nips (turnips) and tatties (potatoes), which are drenched in butter and sit much better in the stomach. I’d say it’s a one-off type of dish. 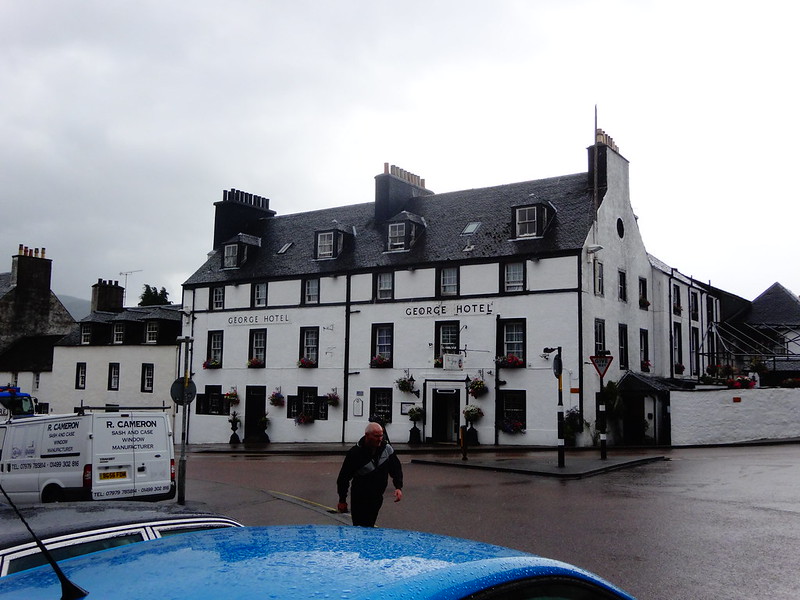 On a very wet and rainy day we drove to a town called Inverary, where the buildings were painted in black and white. The place had a bit of a Wicker Man vibe. While this Nic cage clip is hilarious, it’s the highlight of the remake. Watch the original instead! 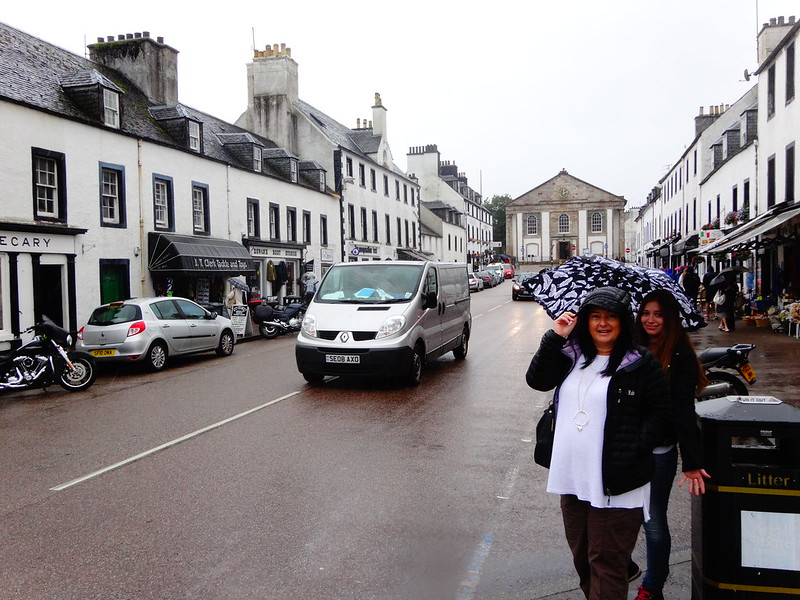 After I tried Haggis–the ladies went with the more conventional steak pie–and had a chance to let the leaden food digest, we paid a visit to the old jail, which featured some of the creepiest mannequins I have ever seen. 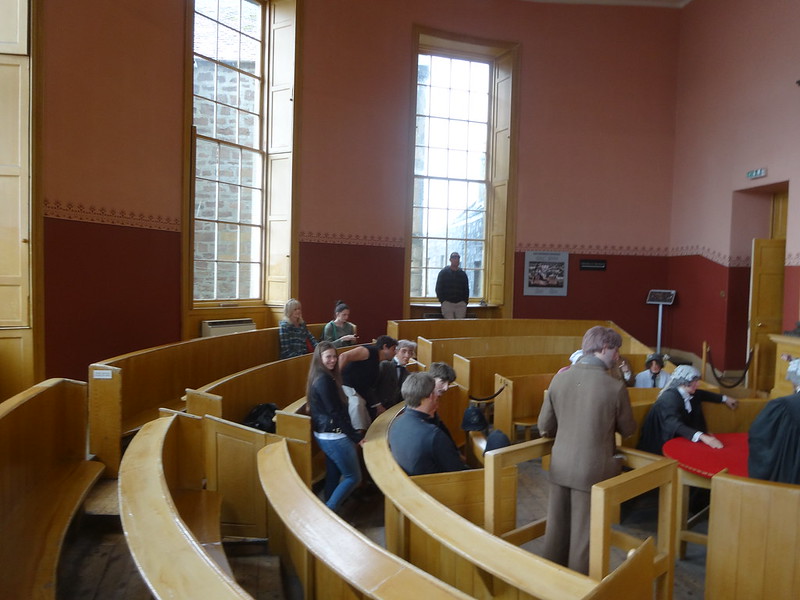 If the town of Inverary itself reminded me of the Wicker Man, the jail made me think of Shutter Island. 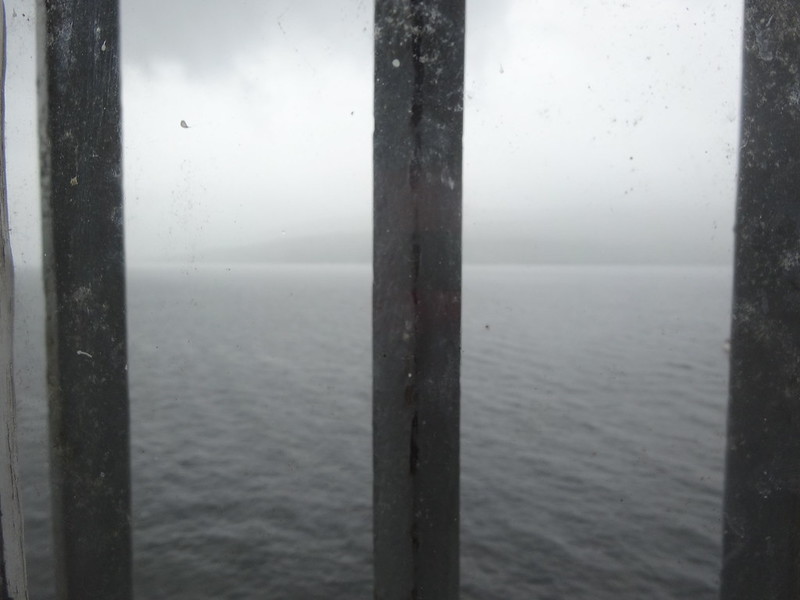 Luckily, most of Scotland is much less creepy than that. 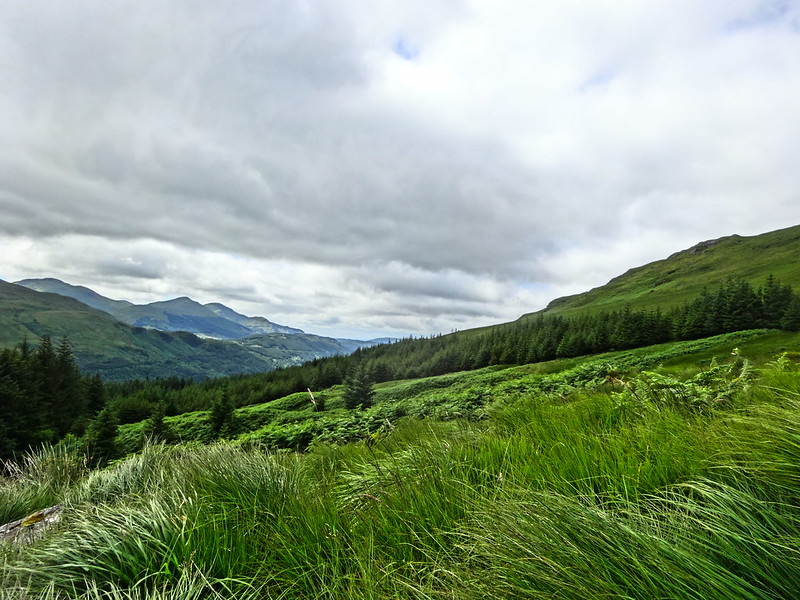 In fact, it’s downright beautiful–if the weather is with you, of course. 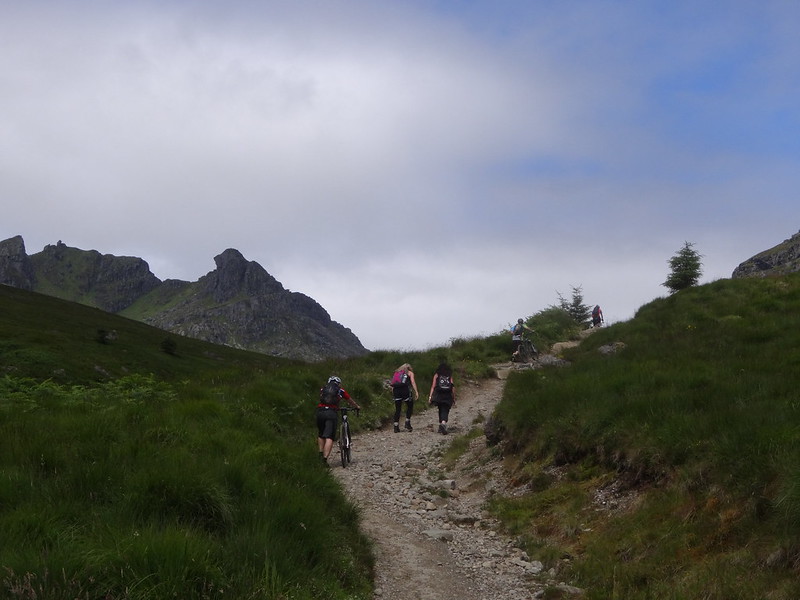 Just across the lake from where Morag, Mhairi, and Kenny (Morag’s boyfriend) live is a nice mountain trail. 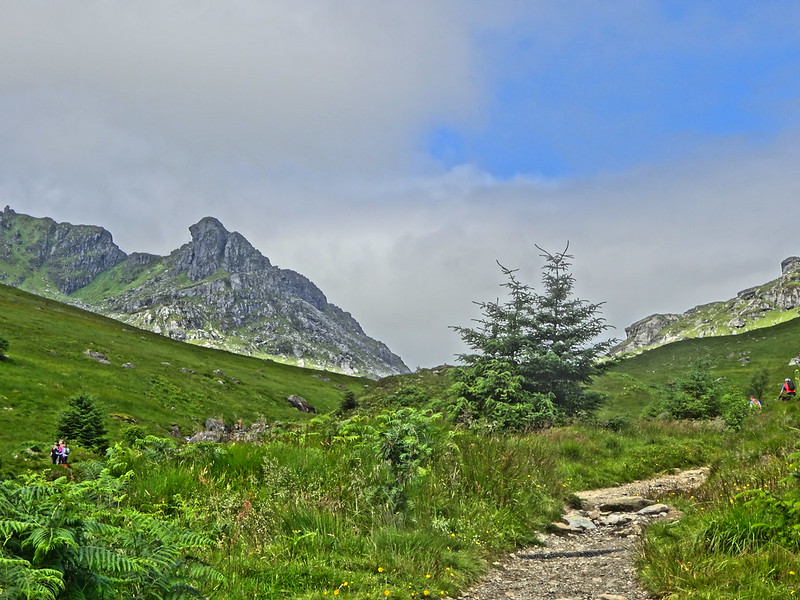 Mhairi and I picked the one good day out of the five I was there to go for a hike. 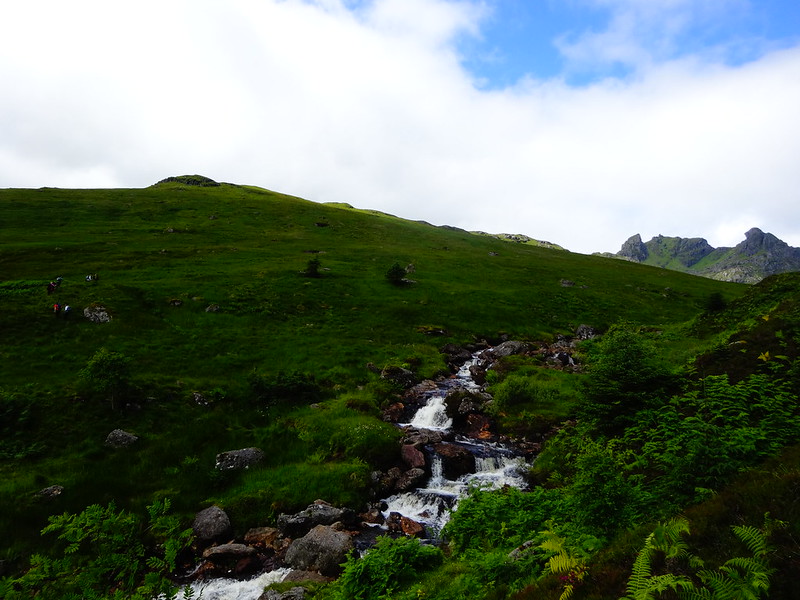 Halfway up the trail a stream emptied into a small reservoir; at this point we diverged off the trail and tramped through tall grass to reach the top. 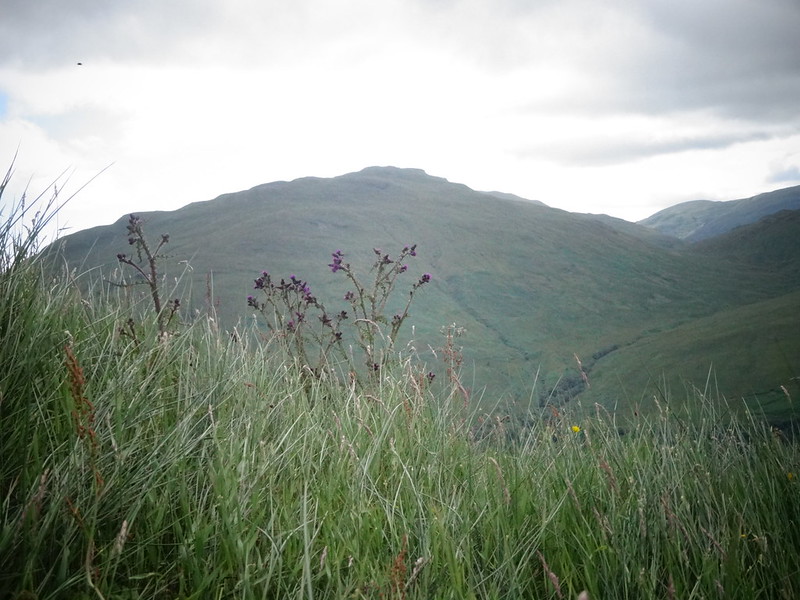 We clambered over small boulders and stomped over thick tufts of lichen and moss. 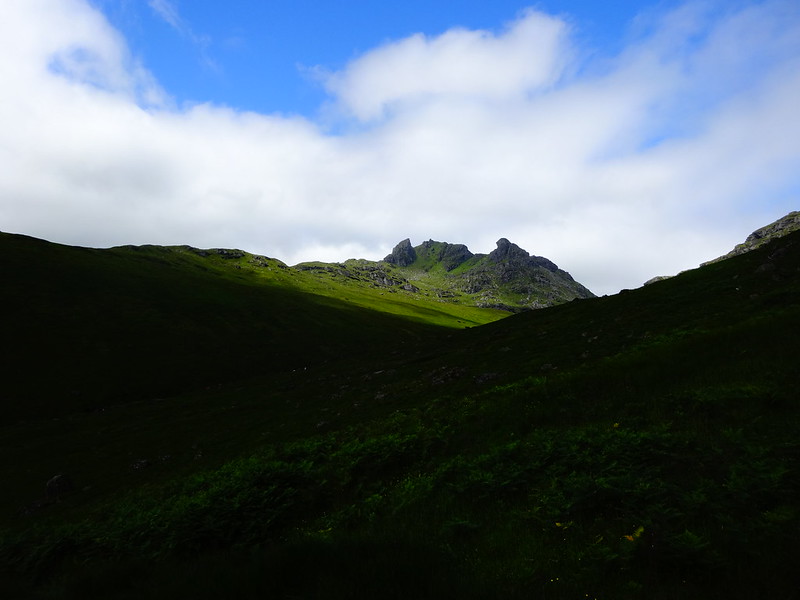 Once or twice I stepped into icy snowmelt running downslope, obscured by the thick trusses of hardy weeds and thistles that call the wind-beaten mountainside their home. 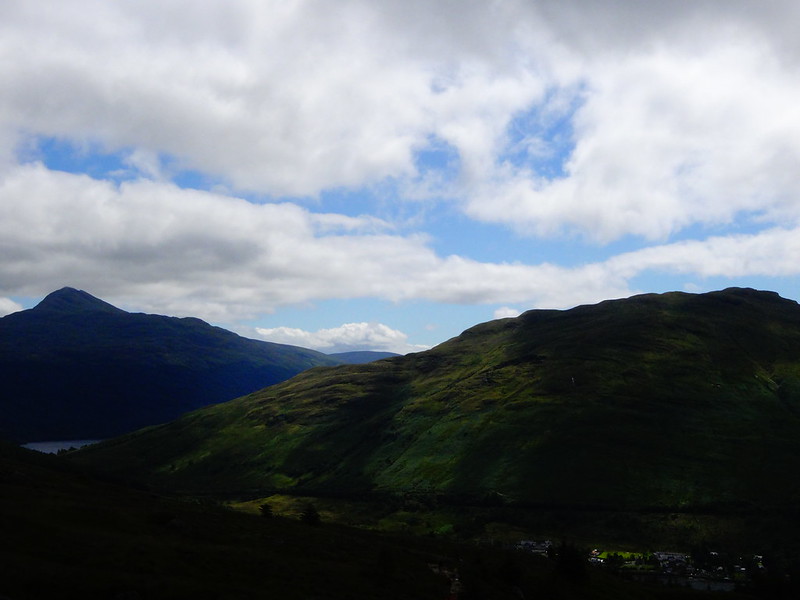 We came to a rest on top of a large flat-topped boulder that looked out over Arrochar and the lake below. 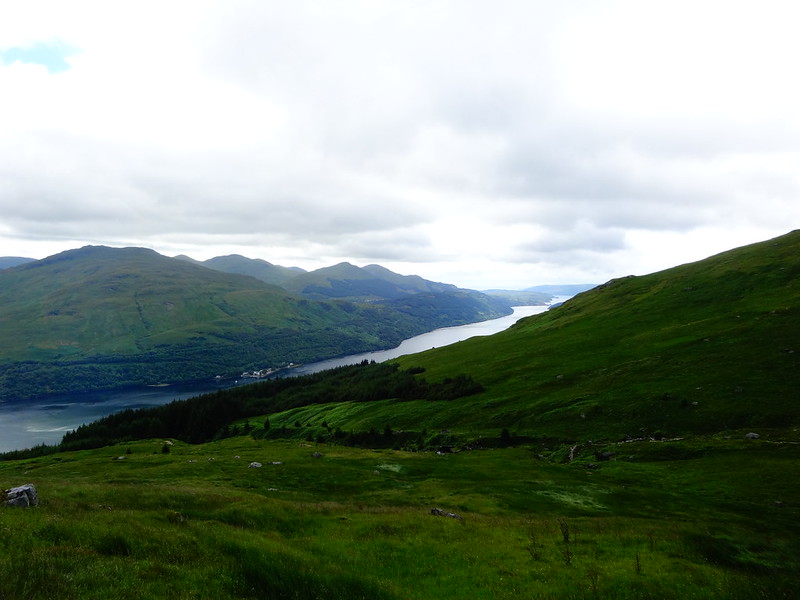 On the way back down the trail we ate wild raspberries. 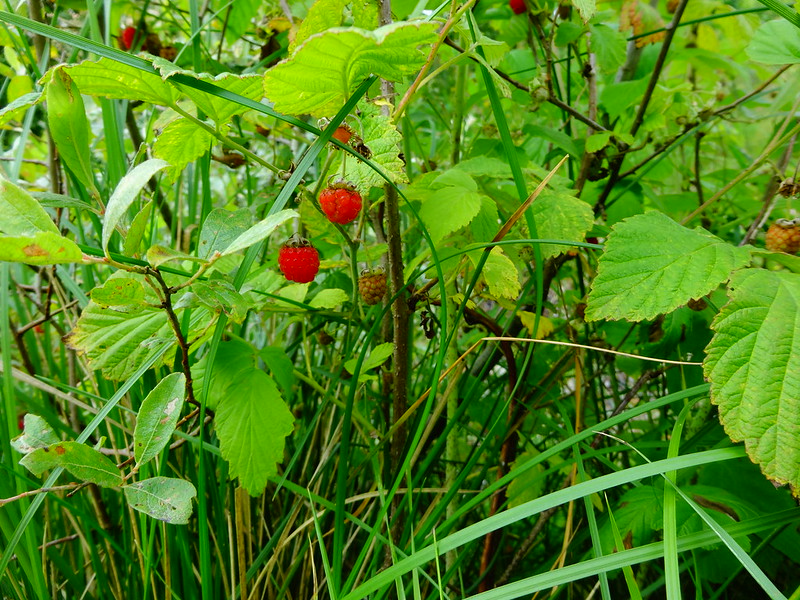 And at the bottom of the trail, the lake, and home. It was a peaceful and quiet five days. 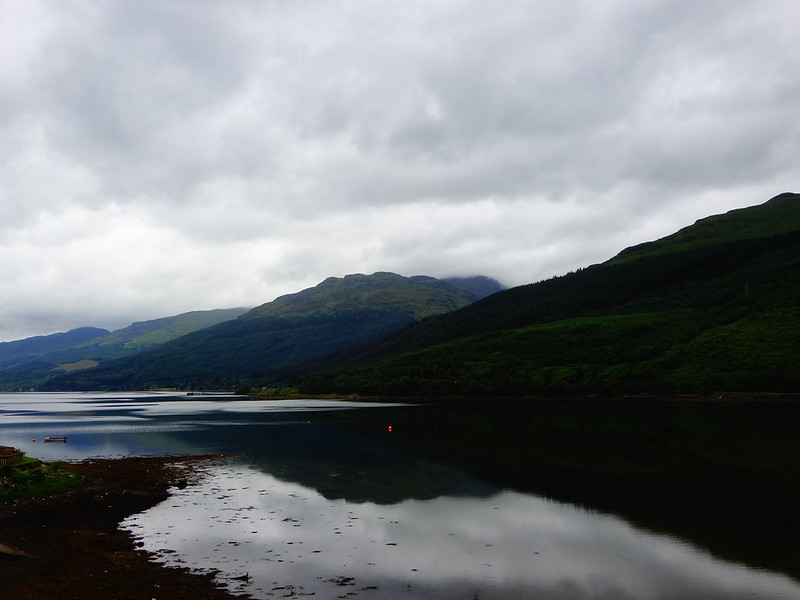 Have a thing for strange animal delicacies? You should check out the pigs’ ear I ate in San Sebastian. More into mountains and stunning views from the top, without having to walk up yourself? The Pyrenees look amazing at sunrise. If this is your first time here, thanks for coming by! Don’t forget you can receive free email updates by clicking the button up top.

2 thoughts on “There’s More To Scotland Than Haggis”