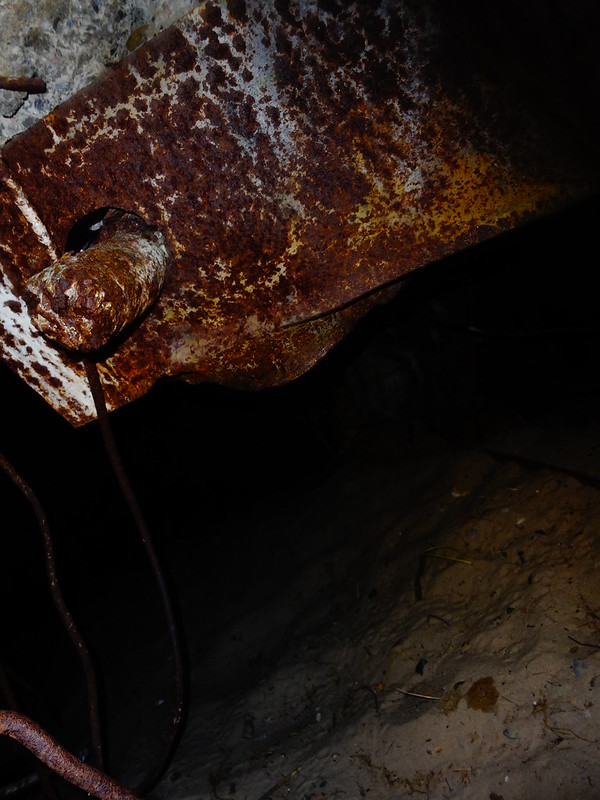 There was a spindly-legged cave spider not much smaller than my palm only inches away from hand and untold legions of creepy crawlies awaiting me in the darkness beyond. Only moments before I strode through semi-forested marshland with João and Mario, my two Portuguese friends living in Skagen. 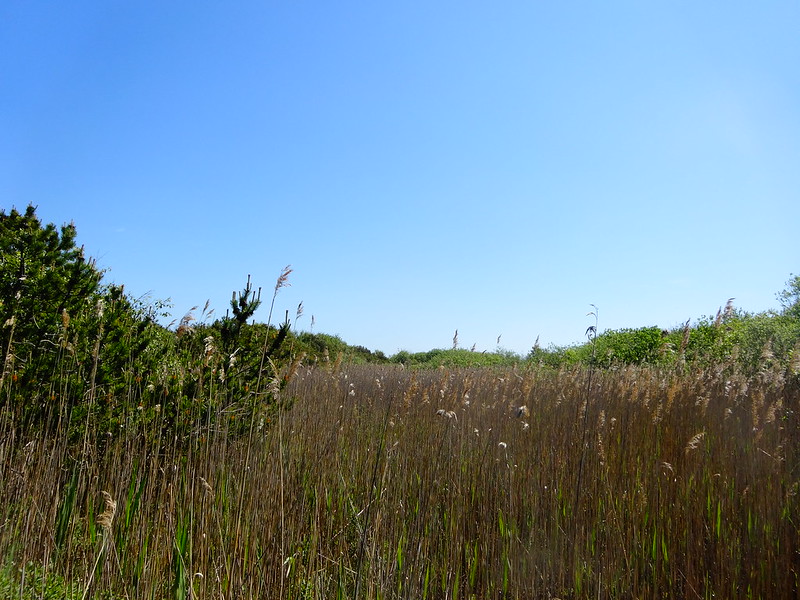 The path was sunlit, the air was warm, the mosquitoes were buzzing, and the grass rippled in sync with the oceanic breeze. Last summer João spent some time working up in Skagen and got to know the area quite well; there’s only so much to do in town and the surrounding marshland makes for good hiking. 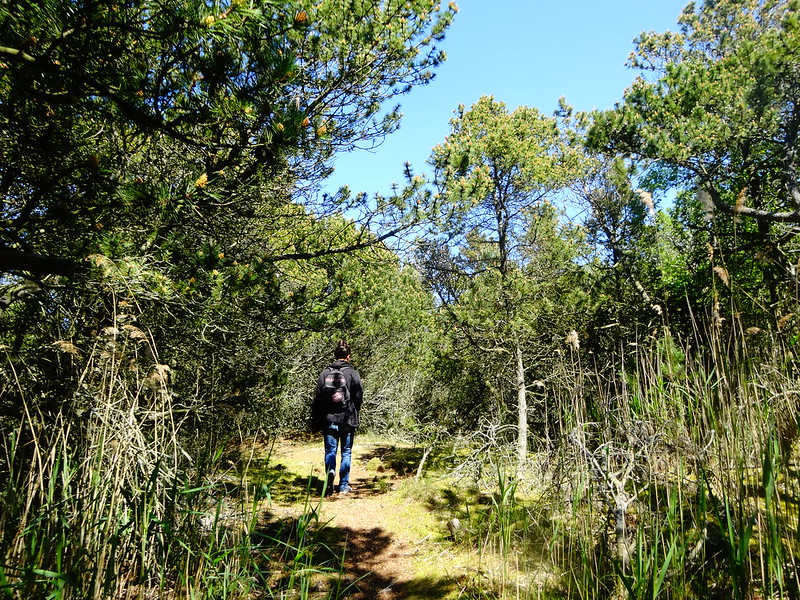 That’s how Mario and I found ourselves following João–who is a musician by trade–across paths encrusted with dead pine needles and squishy swampland redolent of sweet grass and fresh mud. 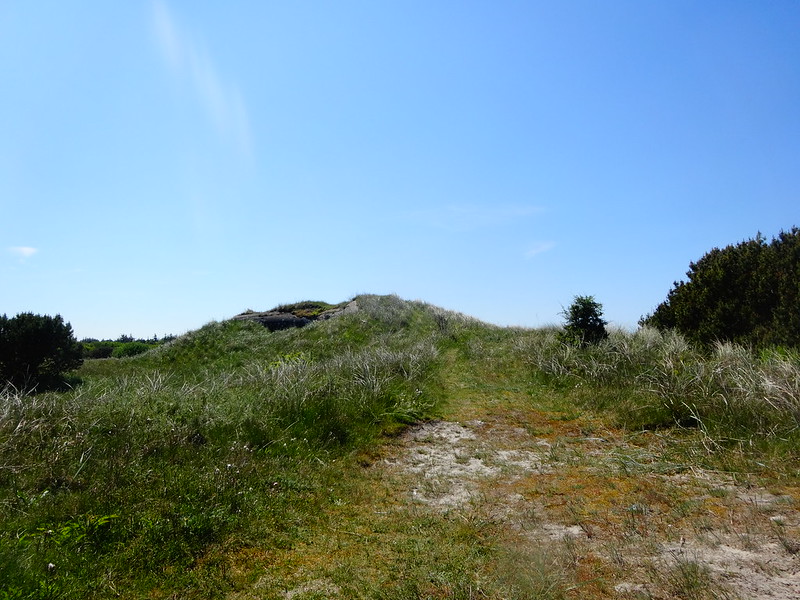 After walking for a quarter of an hour the path abruptly opened into a meadow with a hill in the middle. At least, it seemed like a hill, until you walked around part of the way and realized it was actually a bunker built by the Nazis when they occupied Denmark during WWII. 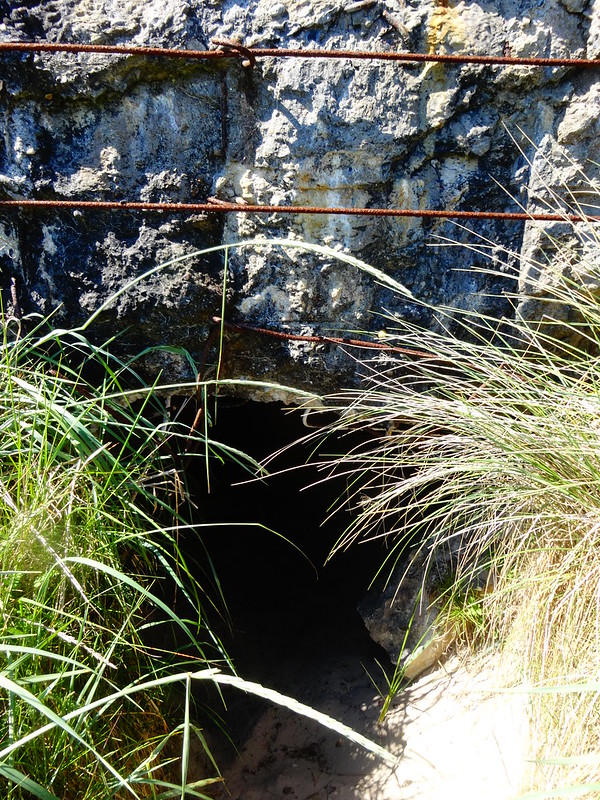 Rusted steel rods poked out of the crawlspace-sized entrance and countless more tetanus-inducing projectiles awaited us; naturally, we entered the bunker without the slightest hesitation. 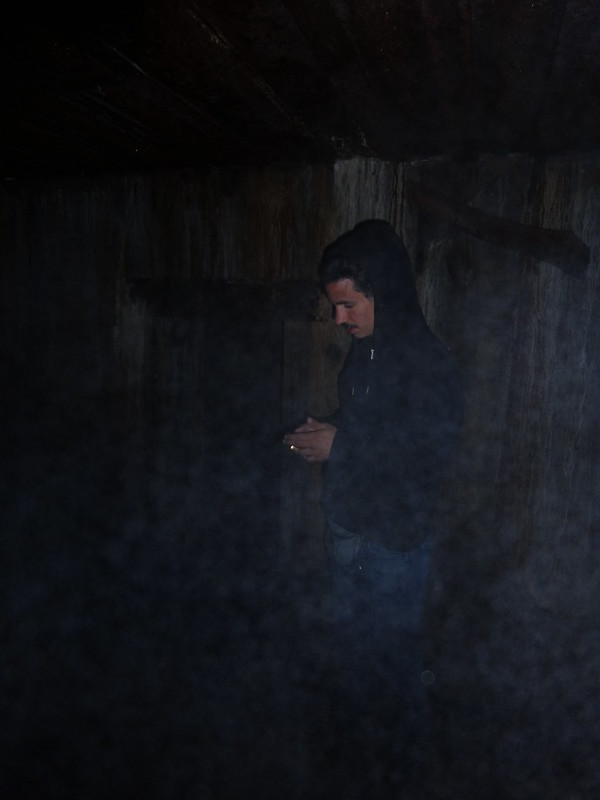 Since we left our spelunking gear at home none of us had a proper flashlight. João and Mario used their phone screens for torches and I kept taking flash photos with my camera. 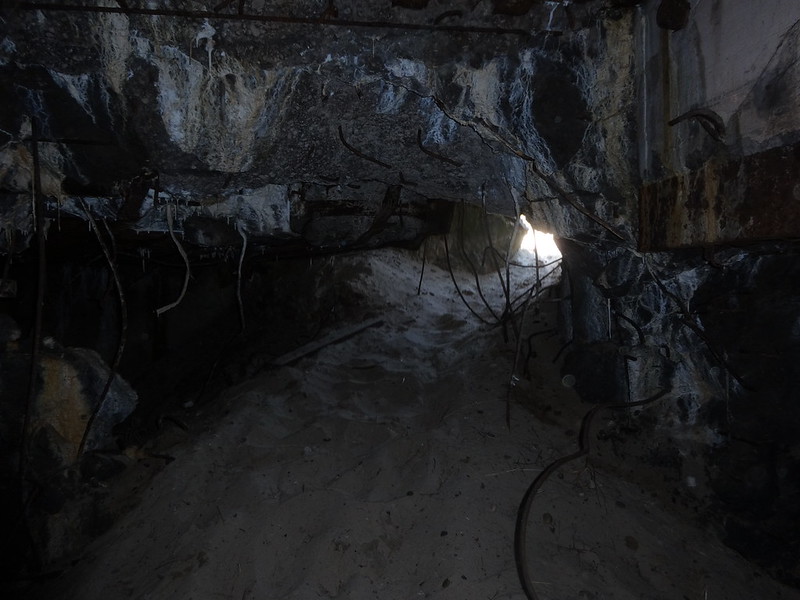 Although the bunker wasn’t huge, barely any light filtered through from the entrance. Certainly it wasn’t the place for a claustrophobe to crawl into. 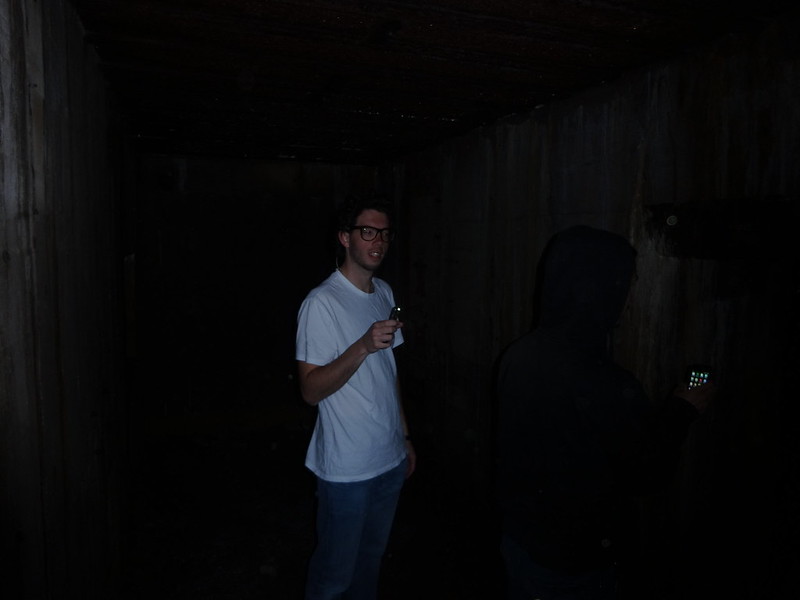 I began wondering when the ravenous centipedes/Nazi zombies would materialize from nowhere and devour us. 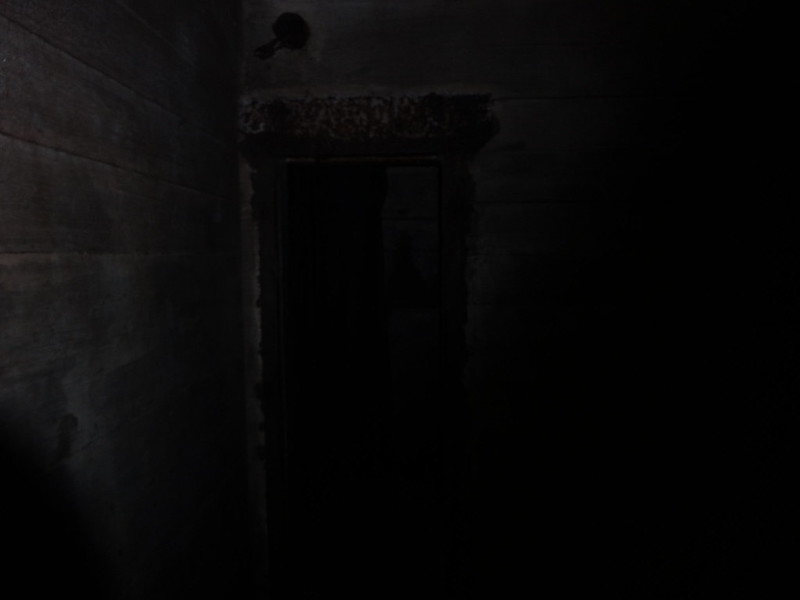 There were several rooms leading off the main chamber and when we saw the curtain over the door my mind flashed to every cheesy slasher flick in the history of horror movies: DON’T GO IN THERE! Perhaps if we had a blonde bimbo in heels with us we should have been more worried, but “3 dudes explore a Nazi bunker” doesn’t have the same cache, and the Universe didn’t go all Freddy Krueger on us. 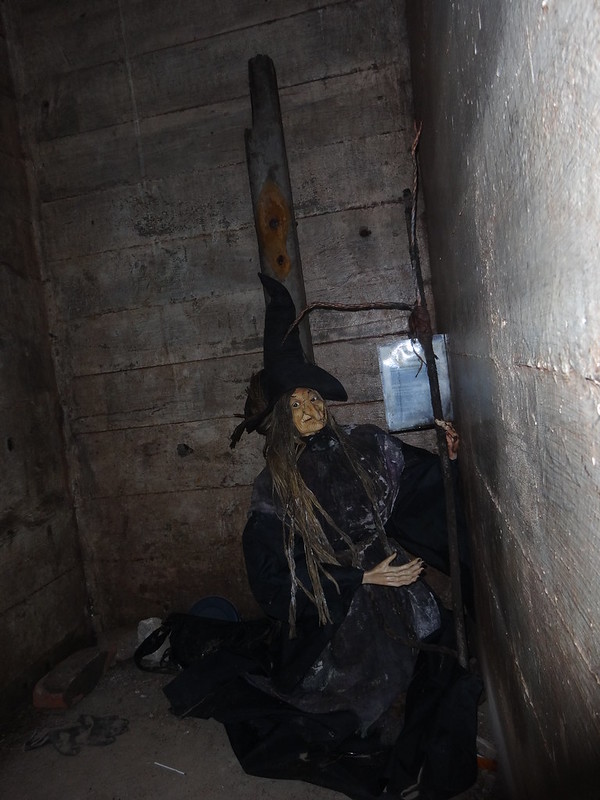 Still, it wasn’t like a friendly unicorn was waiting in the next room. The flash spoils the creepiness, but imagine seeing the outline of a spindly figure in the dark first? I shouldn’t have gone in there. 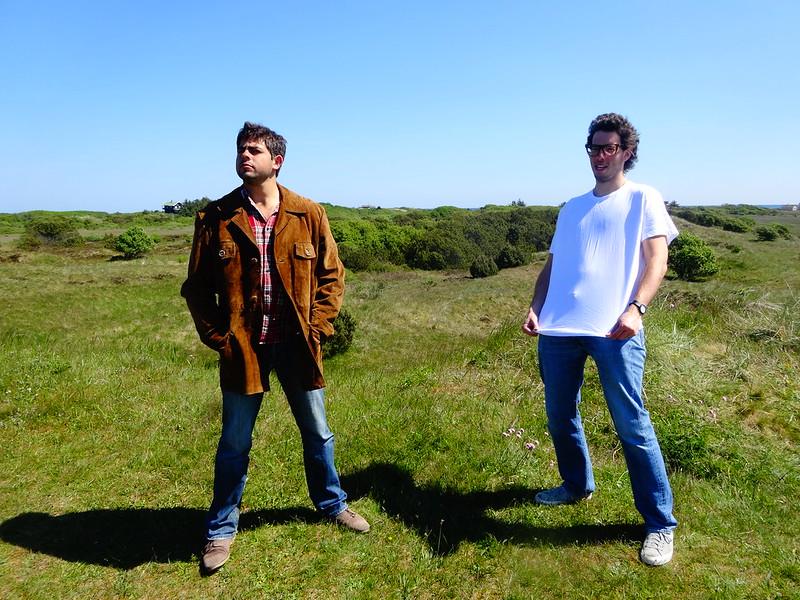 Following our encounter with the world’s only Nazi witch–HAUNTING OF THE NAZI WITCH seems like the next terrible Hollywood B-movie horror film waiting to happen–comic relief was necessary. 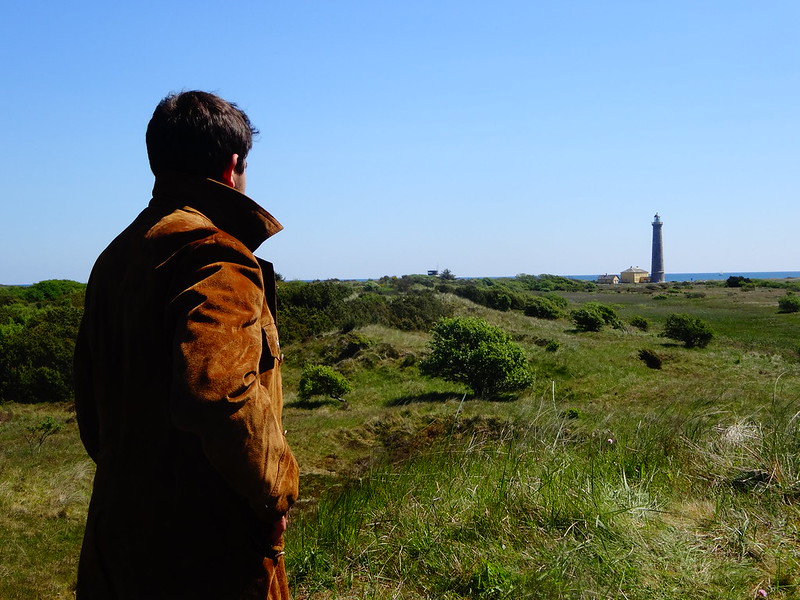 I must say I cut quite a figure in this leather jacket. 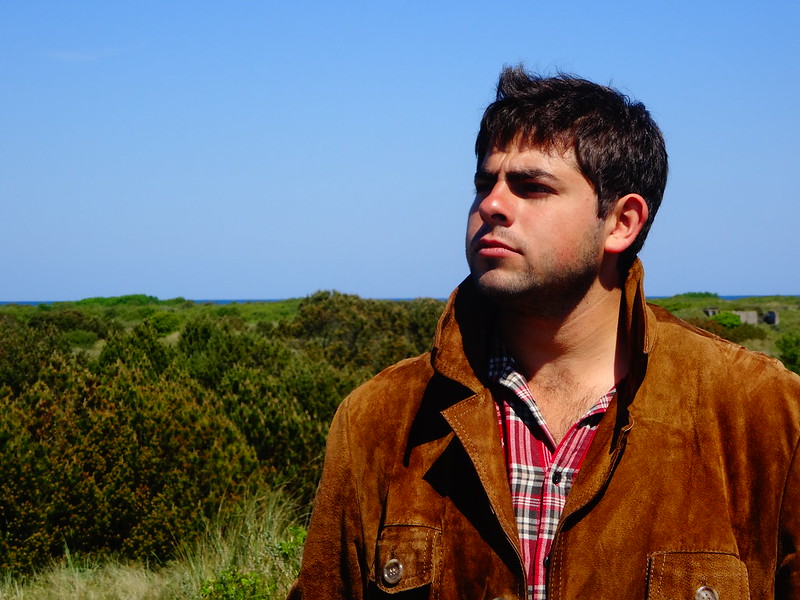 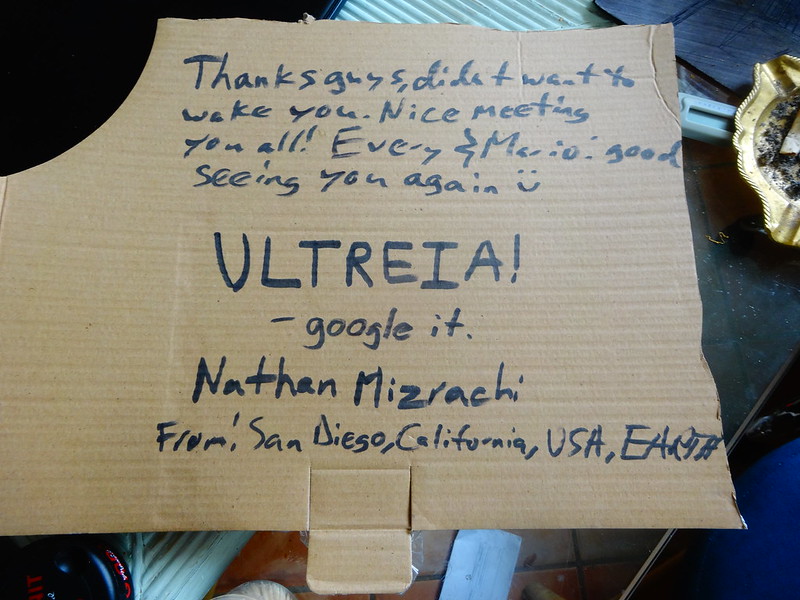 Two days and one final beach trip later I left Skagen, my buddies, and the Nazi witch behind and hitch-hiked south to a small cabin in the woods outside of Aarhus. Sounds like the basis for another cheesy slasher flick, doesn’t it?

So, there probably won’t be any crappy Nazi witch movies coming out lately, but if you like the idea and decide to run with it, be sure to put a blurb in the producer section of the credits. If Nazi witches aren’t really your cup of tea, then you’re not alone. Maybe exploring Nazi bunkers or other exotic places is? In that case, you can subscribe to my blog by clicking the “Follow!” button in the upper-right hand corner of the page.