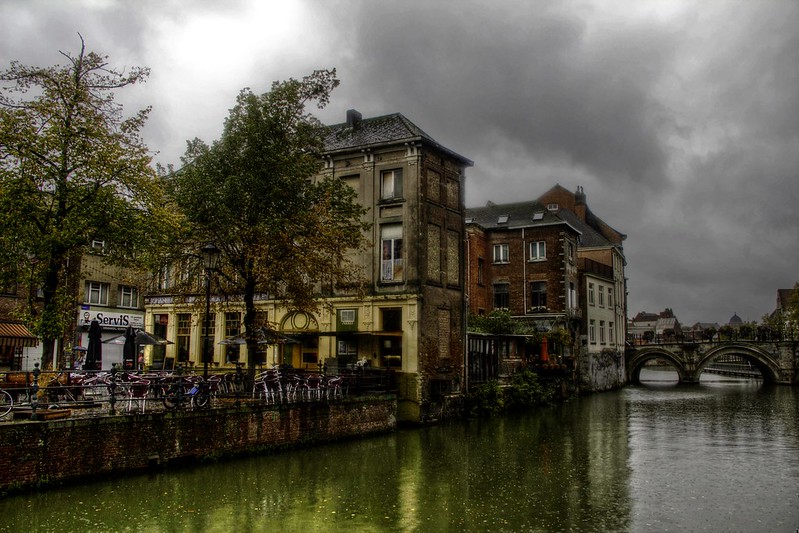 After a few days in Amsterdam to learn about my step-grandmother’s escape from the Gestapo, my family piled into a rental car and drove south to the quiet town of Mechelen, about 15 minutes outside of Antwerp. Any mention of Antwerp, or Belgium in general, recalls Mr. X, my excitable drug-dealing, coke-snorting, and womanizing host when I was there for New Year’s Eve. This visit was the antithesis of the first one, and I will admit more to my liking. 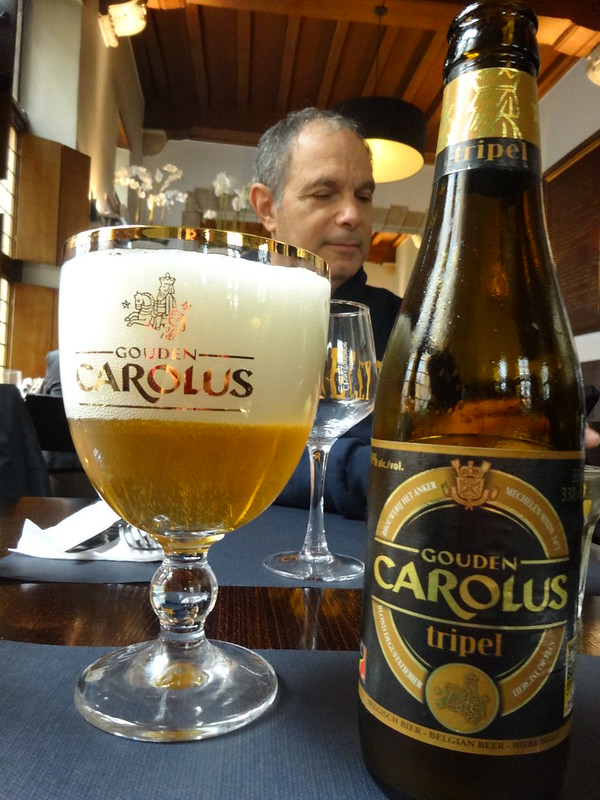 The first thing we did after dropping our things off at our Airbnb crashpad—apart from marveling at having a tastefully designed three bedroom house to ourselves for about the same cost as a decent hotel room—was drive the short distance into the town center with the intent of exploring. We were starving, so first we had lunch (and a locally brewed beer for me) at a brasserie not far from the main square. 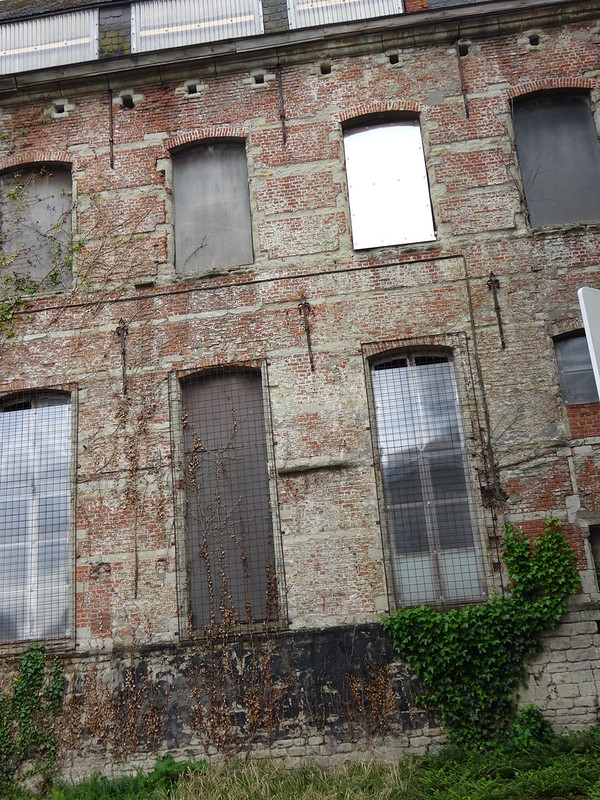 Our intention was to eat and then explore, but the weather proved to be uncooperative, so we dropped my stepmother and step-grandmother back at the house and my dad and I braved the rain to see Mechelen. 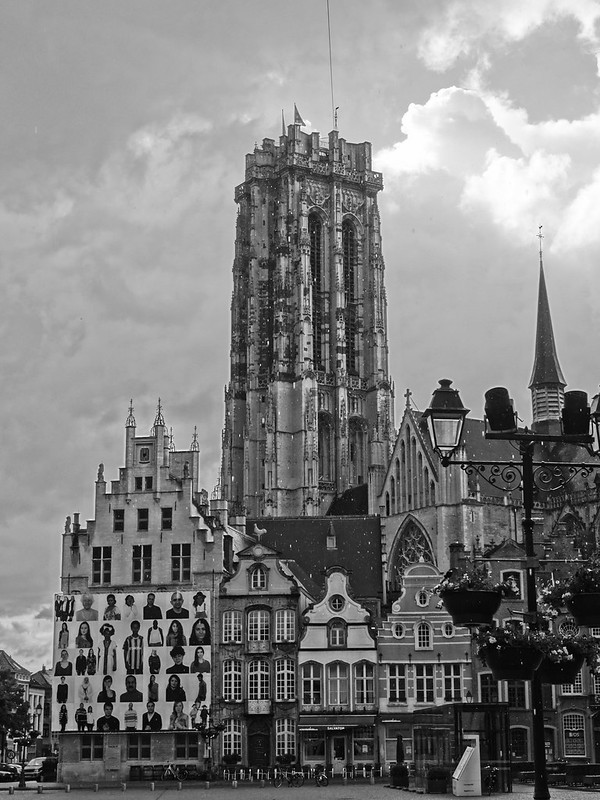 Mechelen’s main square is your typical Flemish arrangement, but just as charming as anywhere else in Belgium: there’s a Gothic town hall with layer upon layer of trefoil arches and silken tracery. Cafes and bars dot the square, their gables a mass of misanthropic volutes, false pediments, blind windows, and anticlimactically drab red bricks. Towering over the square is the great cathedral tower, built almost 700 years ago and completely stripped of all ornamentation, in keeping with the iconoclastic purge that happened during the Protestant reformation. 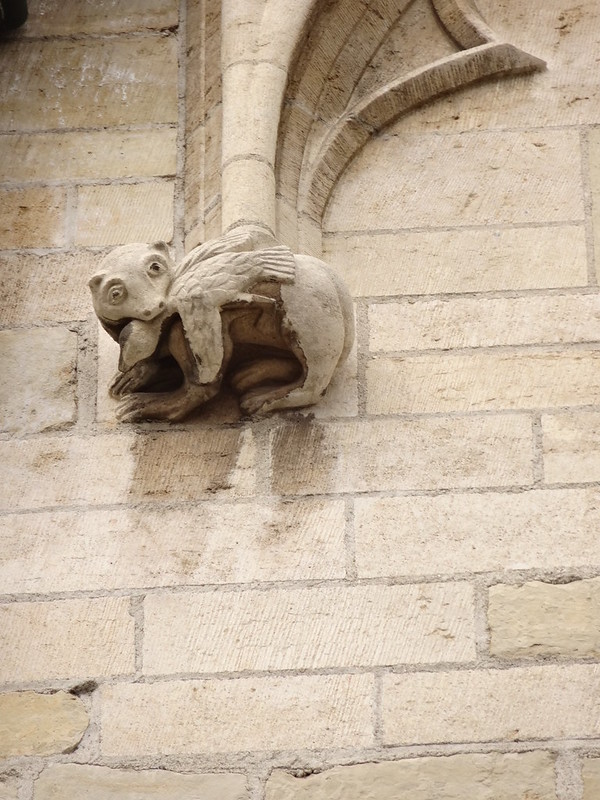 After taking the obligatory photo of my dad in front of the town hall, we noticed a series of small late Gothic sculptures ringing a blind arcade at the top of a fortress-like building next to the main hall. 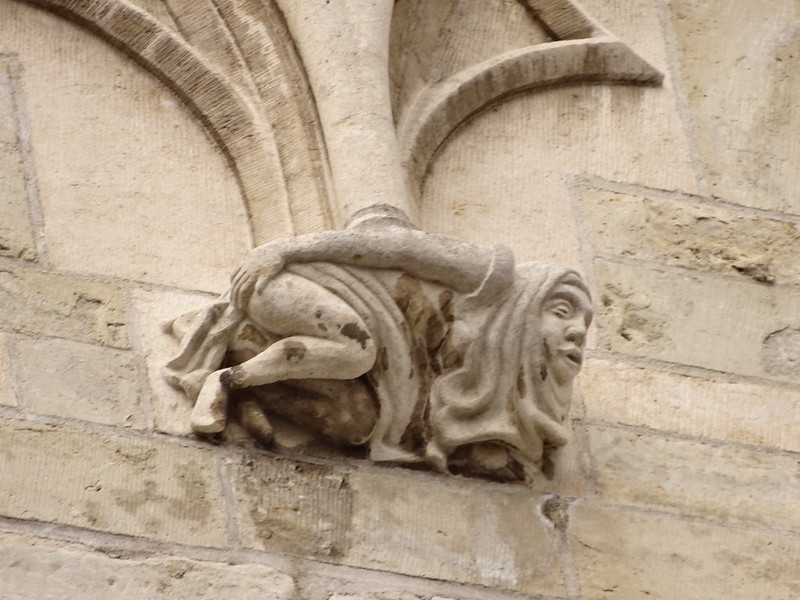 Whoever had been tasked with the job of decorating the municipal center had great skill to carve animals frolicking and great humor to etch out of stone what appears to be a man spreading his cheeks and breaking wind with such force as to propel his coat behind him. 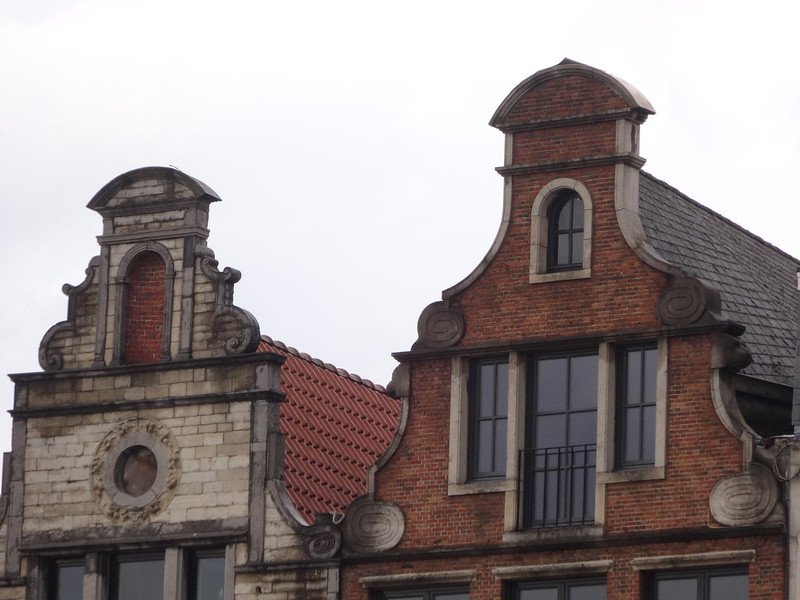 As my dad and I walked out of the square, we noted the paucity of tourists around us. Our suspicion that we were the only non-Mechelenites in town was confirmed when we chanced a glance at a nearby restaurant menu and discovered that it was written entirely in the native tongue, without a single translation into English. 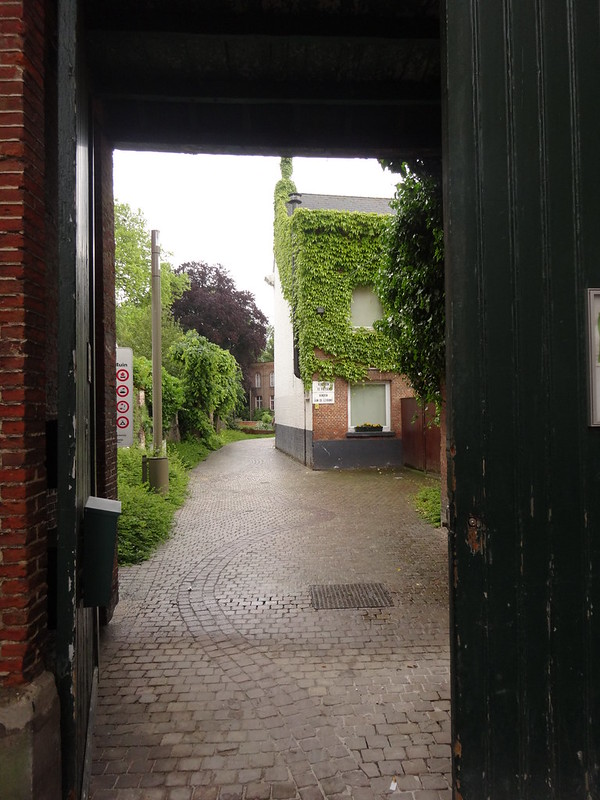 Despite being relatively untouched by hordes of tourists that swarm nearby Bruges, Mechelen still had the usual assortment of big chain stores like H&M and Hema, a Dutch discount chain not unlike IKEA but without the furniture. After we passed down the main avenue we noticed an ivy-covered portal on a side street; curiosity dictated we enter it, and it led us into a neatly-trimmed garden that opened into a park that was green and slick from the rain. 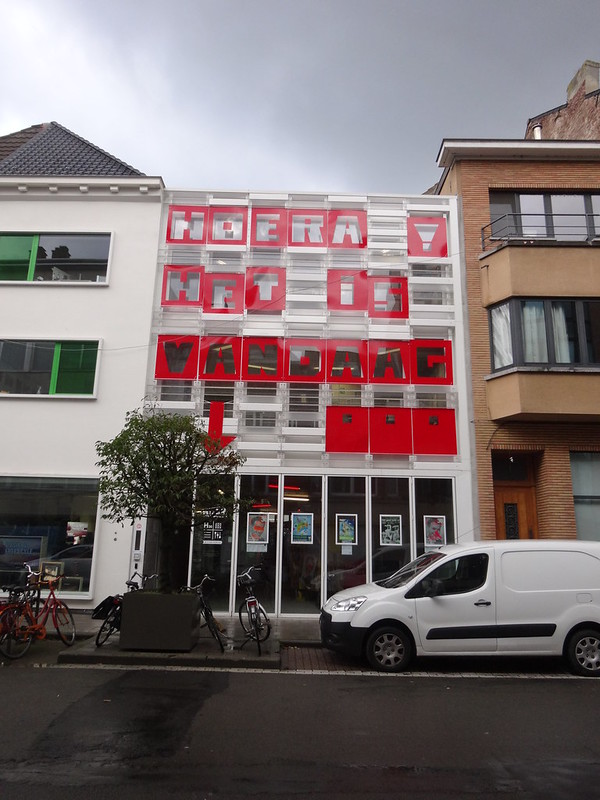 Two teenage girls ahead of us shared a joint of something that wasn’t tobacco and we turned back so as not to offend my father’s law-abiding (or olfactory) sensibilities. Instead of following the same route back to the main square we diverted to the left and eventually arrived in front of Cultuurcentrum Mechelen, a local center for the arts. 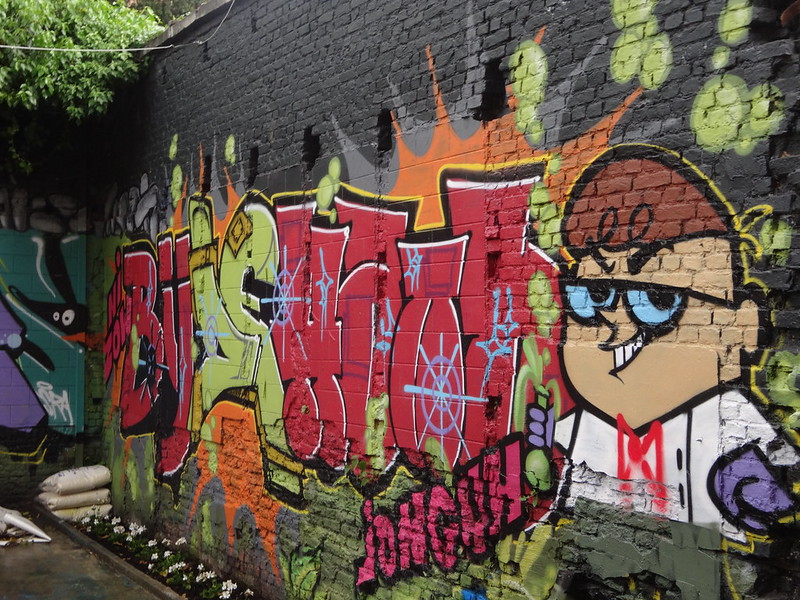 The modern facade was the only one on a street full of reserved-looking belle époque buildings, and inside the center was a courtyard bearing graffiti of Dexter, one of my favorite cartoon characters from when I was still in grade school. It’s funny seeing a reference to an American TV show—one from over ten years ago, no less—here in this small Belgian town and imagining random particles of Americana floating like loose feathers across the Atlantic. 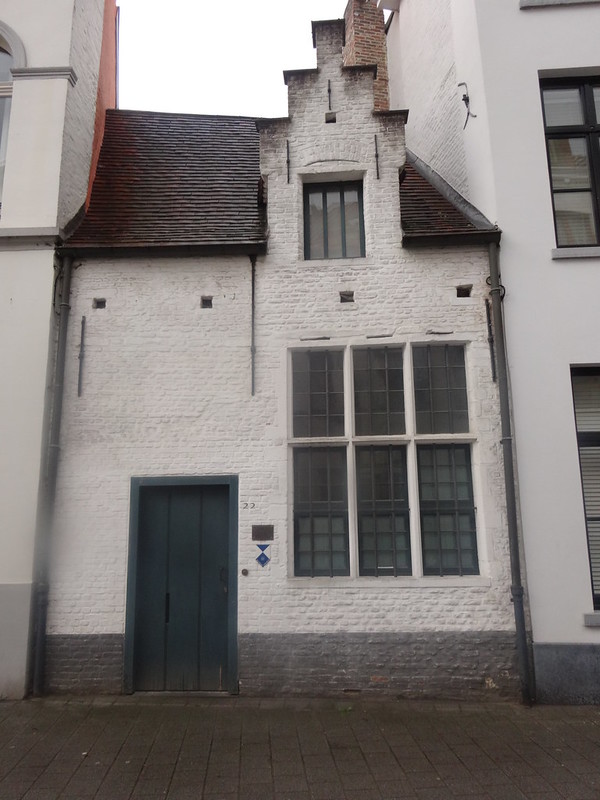 Just as we left the Cultuurcentrum Mechelen the rain came down with a vengeance and we sought shelter beneath the scaffolding of a domed neighborhood church undergoing renovation. The rain finally abated and we walked down the slick cobblestoned streets, father and son striding through a small town that for a few days we called home.

Interested in small Belgian towns that aren’t flooded with tourists? Do you have a hankering to spend your vacation sipping craft beer in the warm confines of a brasserie, with a menu written only in Flemish? Maybe you should follow my blog–it’s free, you won’t get any ridiculous spam, and you might learn something, to boot.

Just as we left the Cultuurcentrum Mechelen the rain came down with a vengeance and we sought shelter beneath the scaffolding of a domed neighborhood church undergoing renovation. The rain finally abated and we walked down the slick cobblestoned streets, father and son striding through a small town that for a few days we called home.

One thought on “No Tourists In Mechelen But Us”