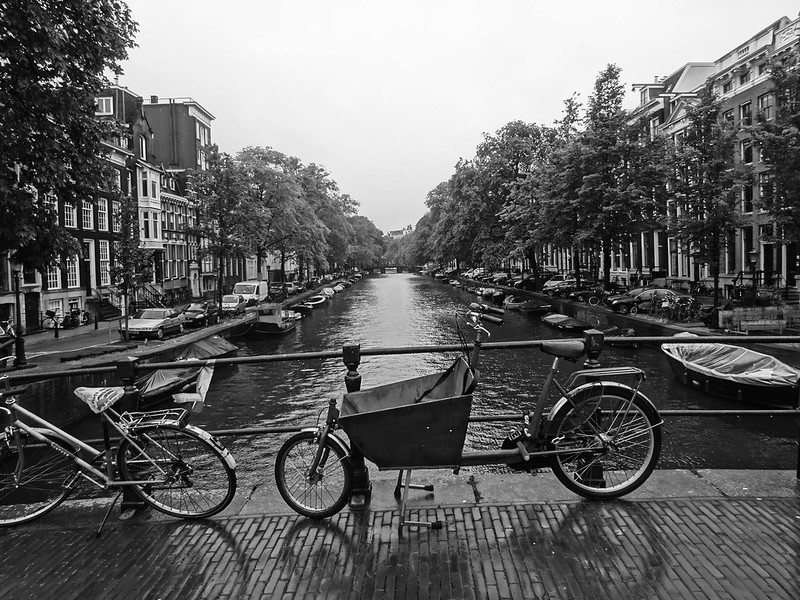 Yesterday was our last full day in Amsterdam, and it was a stormy one. Rain came down for most of the early afternoon that we were out, and the wind tore apart our umbrellas. Despite the unpleasant weather we–my parents, uncle and aunt, step-grandmother, and I–braved the elements to visit the neighborhood where my step-grandmother Elly lived as a young girl from 1936 to 1942. 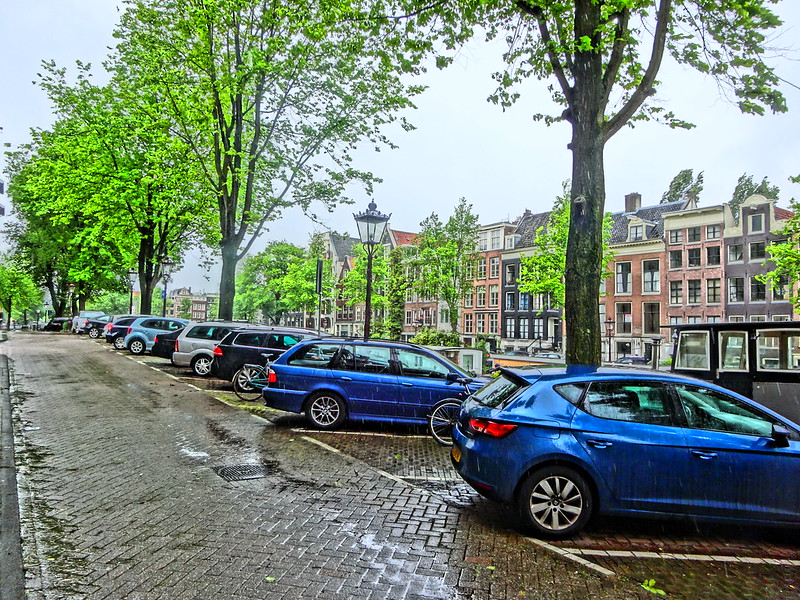 Not too far from the candle-lit Portuguese Synagogue Elly–the youngest of four children and the only girl–and her parents lived on Nieuwe Prinsengracht, a well-heeled street lined with shade trees. Her family was originally German, but had gone first to Amsterdam after Hitler’s election in 1933 and then on a short-lived trip to Brazil for a year in search of work. Her father was a burly coal miner who was able-bodied and capable of manual labor, but failed to find work there. After a year the family returned to Amsterdam and settled in the mostly Jewish neighborhood not too far from the synagogue. 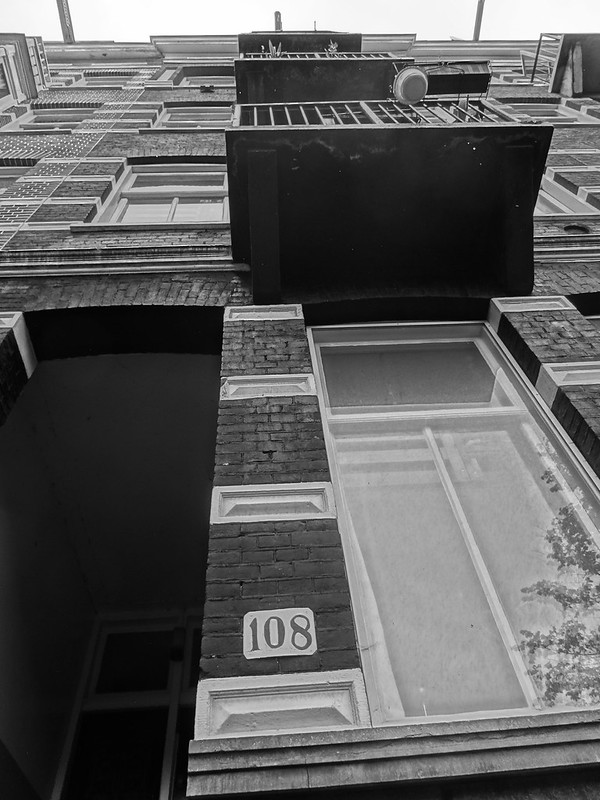 They moved into an apartment in #108, across from the old Jewish hospital, when she was about 6 years old. A Jewish school with about 150 students was only a few blocks down, and Elly attended classes there while her three older brothers and her father resold bread from a local bakery out along the streets of the city. She remembers that the elderly couple living in the basement of her building were both blind, and that her father used to walk down the street to a small Russian synagogue for services. The synagogue is now a private residence, but the Star of David in the window remains; I wonder if the people who live there now are conscious of the despairing past which this building played a part in? 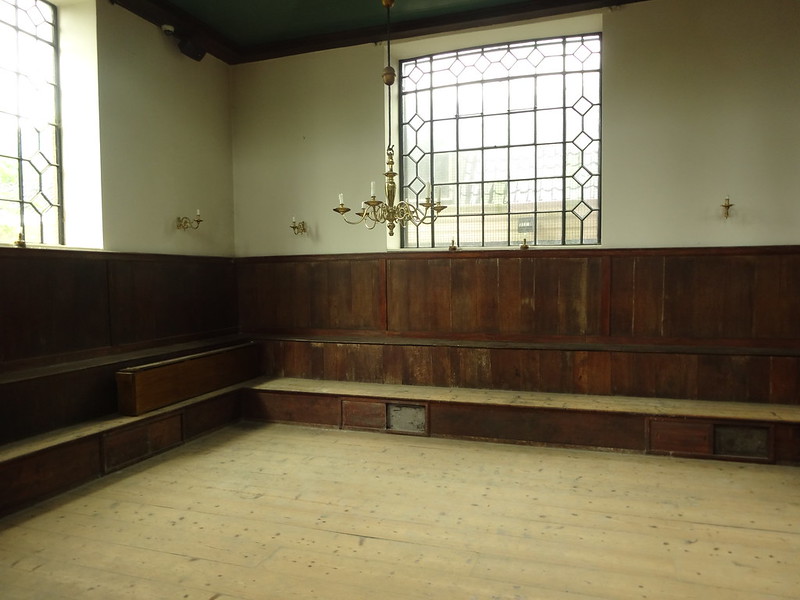 Once the war started and the Nazis took control of Holland, the Jewish population of Niuewe Prinsengracht was subject to frequent harassment that culminated in roundups. Elly remembers having a small backpack with basic belongings with her almost all the time, in case the Nazis came to take her and her family away, or else in case they tried to escape. Thanks to the Brazilian visas in their passports–minus a “stateless” stamp which her father ripped out of them–Elly’s family was able to survive in Amsterdam a year longer than most others. 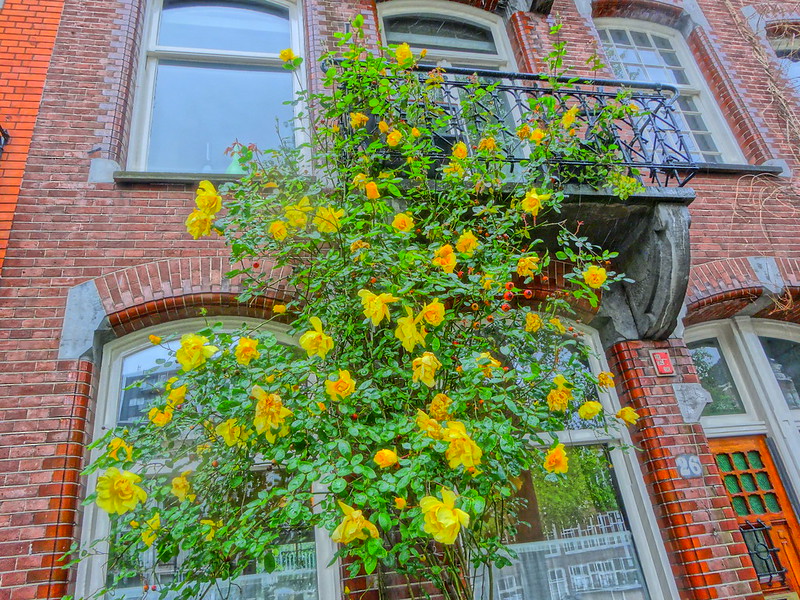 It was only a matter of time before they were corralled by the Germans, and one day in 1943 when the flowers were in bloom an assortment of Jews in Elly’s neighborhood were told to gather their belongings on very short notice. Elly and her mother stood in line with other people, waiting to board the notorious cattle cars to concentration camps in the east. As they were walking down the street with the others they passed by their apartment and happened to see Leo, one of her brothers, watching them from a balcony. Quick thinking sprang Elly’s mother into action, and she faked a seizure on the sidewalk. Leo was a member of the Dutch resistance and one way or another commandeered an ambulance to transport Elly and her mother to the nearest hospital. Elly says that the medic cheekily advised her mother to produce a little more spittle around her mouth, and her “condition” was serious enough to keep her in the hospital for a few days. Not long after, Elly was smuggled south near the Belgian border and hid on a farm for the duration of the war. Her parents were interned in the concentration camps for two years before being liberated, and her brothers survived the war despite risking their lives in the underground resistance. Supposedly hers is one of only two Jewish families in Holland to survive the Shoah intact.

5 thoughts on ““We Escaped The Gestapo By Ambulance””