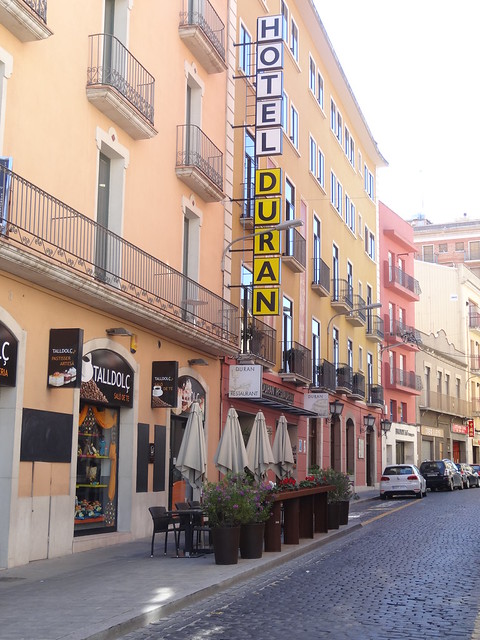 The heart of Figueres is dominated by mostly mid-20th century concrete buildings. In Spain, a city center devoid of 500+ year old edifices usually means that the Civil War left its bloody mark, and in the case of Figueres, three weeks of heavy bombardment in 1939 slaughtered hundreds and leveled many homes and businesses in this Republican and separatist stronghold. 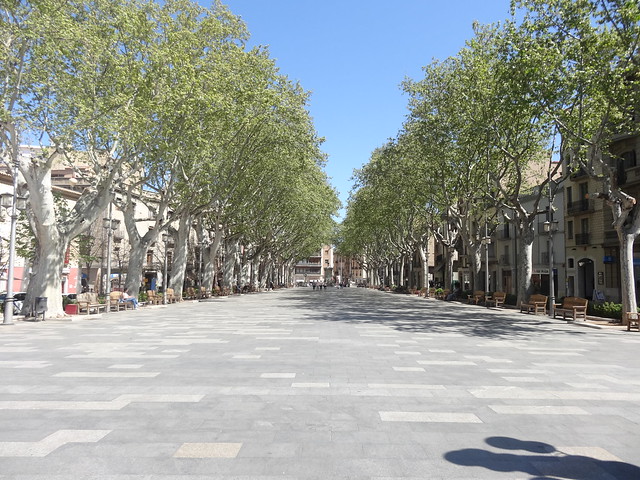 The graceful and arboreal Rambla that runs through Figueres seems far removed from the violence that scarred this community of about 40,000. It is lined with cafes and restaurants that fill with tourists and locals who come for coffee in the morning and tapas and wine at night. When an unusually blunt Barcelona failed to find the crucial goal versus Atletico Madrid and were knocked out of the Champions League last night, the many bars in the area filled with the groans of suffering Catalan supporters. 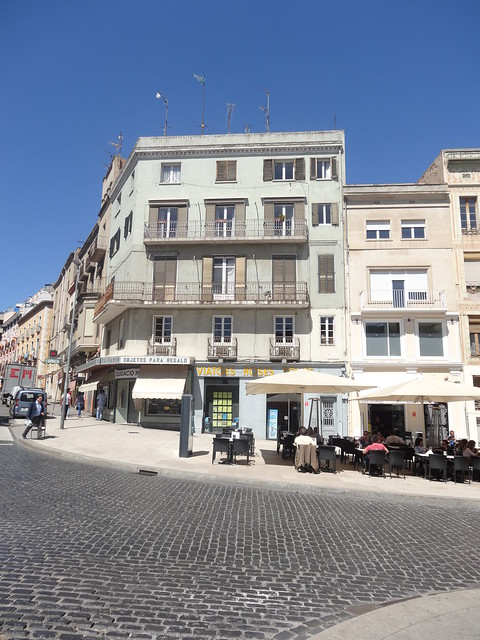 From the balcony of my couchsurfing hostess’s flat overlooking the Rambla I fell briefly into the relaxed pace of normalcy here in Figueres, helped especially by a visit to a luxury spa courtesy of my hostess. 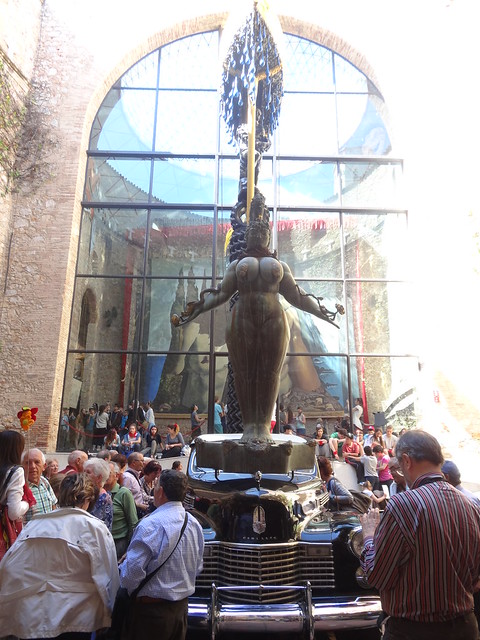 Leave it to Salvador Dalí, native son of Figueres, to shake me out of routine. The Teatro-Museo Dalí, only 2 minutes’ walk from the flat I stayed in, is basically the world’s largest Surrealist artwork. Despite an immense flood of tourists, it captures the enigmatic artist’s brilliant and bizarre imagination. 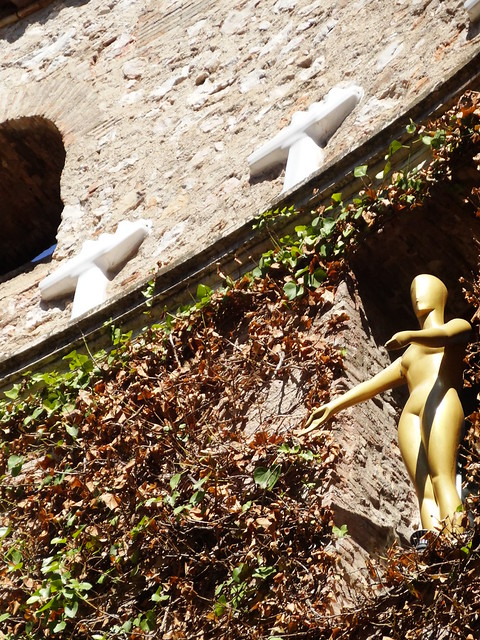 The atrium which first greets visitors is open directly to the sky and is lined with gilded figures in various poses; some of them appear to be on the verge of falling off the edge and into the crowd below. What seem at first to be angels with wings outstretched but are more likely to be bomber planes grace the upper level of the courtyard. 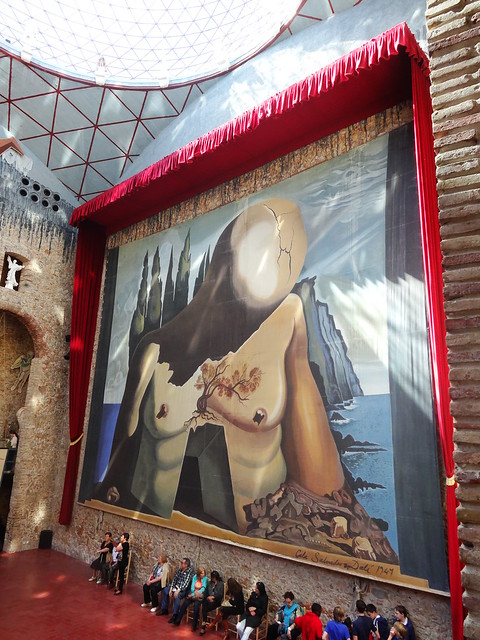 Separated by a wall of glass is a separate gallery, crowned by a massive transparent dome and framed by this huge faceless torso. This is where I started to notice that Dalí was sprinkling blatant references to Michelangelo beneath the dome. 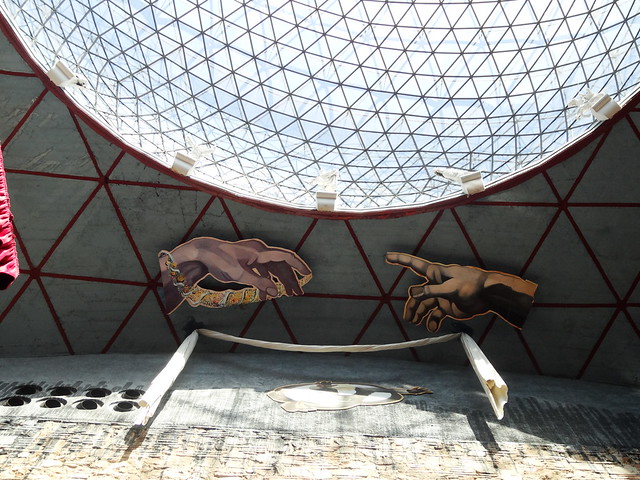 First is this copy of the Hand of God, taken straight from the center of the Sistine Ceiling and with a floral garnish around Adam’s hand on the left–a bit of swag courtesy of Dalí. 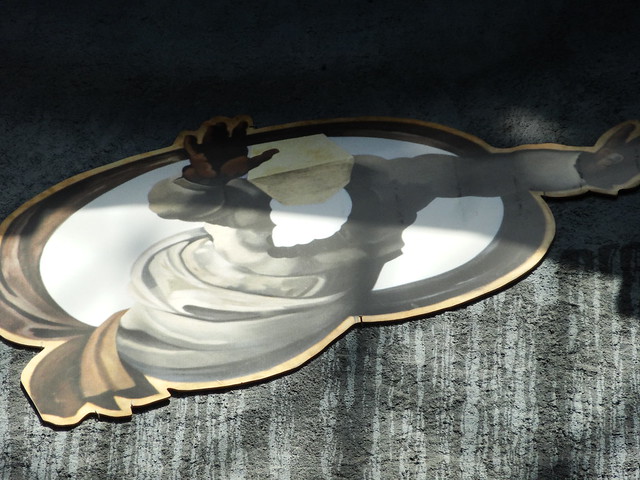 Just below the blown-up hands of God and Adam is another image ripped straight off the Sistine Ceiling. If you look a bit further down the photo of the ceiling you’ll notice a figure just like the charcoal-colored one Dalí placed in his museum; the difference is Michelangelo’s is robed in pink and is flanked by angels. Oh yeah, and Michelangelo’s God has a face, not just a beard topped with a cube. 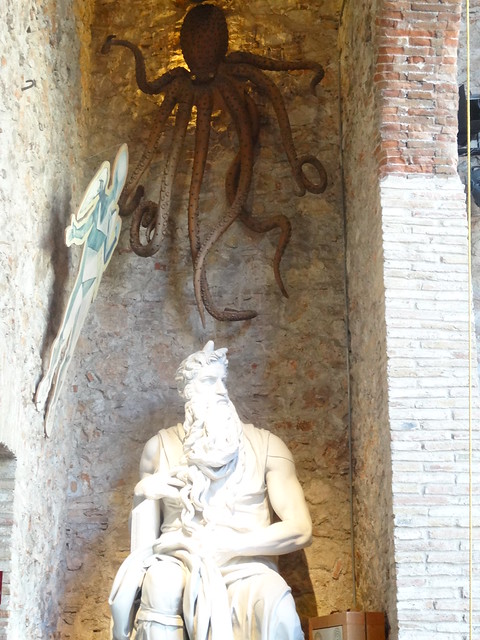 Wrapping up Dalí’s Surrealistic homage–pastiche? burlesque? who knows?–to the Renaissance master is this replica of Moses with an octopus dangling its tentacles uncomfortably close to the prophet’s face. I have no idea what any of it means but I’d be curious to hear your opinion. 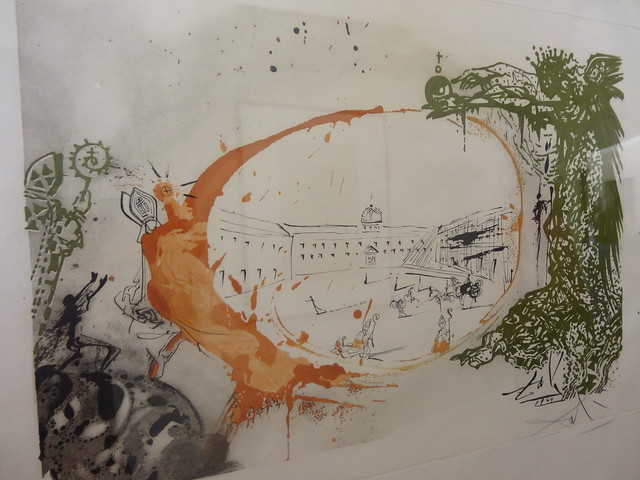 Like Whitman, Dalí contains multitudes, and his museum is not limited to bizarre Michelangelo motifs. His museum covers the length and breadth of bizarre, period. This watercolor/drawing with some cartoon-like Catholic figures–note the crozier and two mitre-clad figures present–was almost charming. 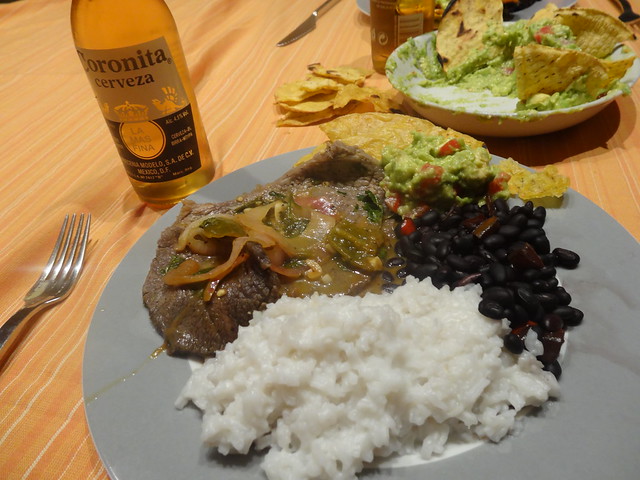 After spending an hour or so in the museum my mind felt a bit warped and so it was a welcome relief to return to the mundane streets of Figueres and enjoy a Mexican dinner of carne asada, guacamole, rice, black beans and corn tortillas to restore a sense of normalcy. Mexican food is about the closest thing to home that I have on this side of the world, and as such it’s also the best way for me to feel something close to normal, whatever that might mean. All Surrealist encounters aside, after 8 months of traveling I’m really not so sure what normal means anyways, but I’m pretty OK with that, especially if there’s guacamole involved.

Do you occasionally find yourself confronted by Surrealist art and think, “hmm, some guacamole would really help everything make sense right now?” Clearly, we’re kindred spirits. Maybe you should follow my blog! It’s free, and I don’t believe in spam–click on the “Follow!” button up there on the right for updates on my travels, all things Dalí (I must admit he is a rarity on this blog) and inspiration for the next time you go somewhere new!

3 thoughts on “The Mundane, Michelangelo, And The Surreal In Dalí’s Birthplace”