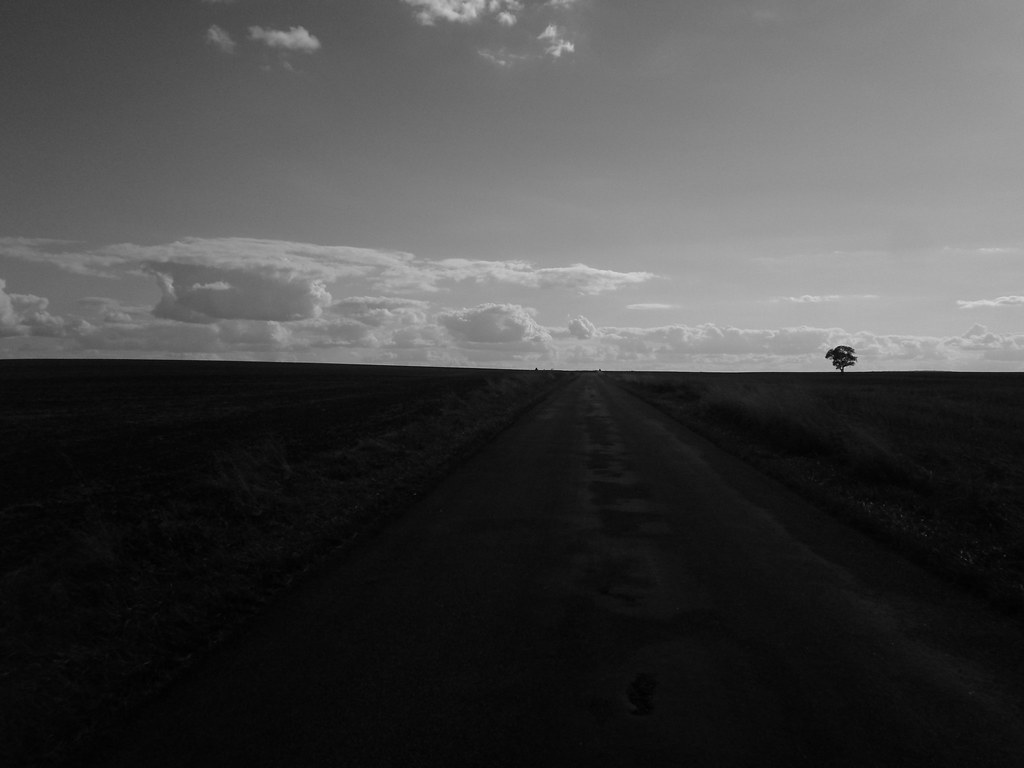 For a while, the road was all I wanted or needed.

Exactly five years ago I boarded a flight for Iceland and began a wandering, meandering backpacking trip with no final destination or real purpose. I was gone from home for two years.

Along the way I walked the Camino de Santiago; I relied on the hospitality and kindness of strangers who welcomed me into their homes or picked me up while hitch-hiking in the middle of nowhere. I escaped the toil and anxiety of my old life in America by enriching myself in the culture and history of places I had always wanted to see. I lost myself in passionate yet brief encounters with strangers who I tried so hard to convince myself were friends when in reality we shared a few days or weeks together before passing each other by.

I was a happy-go-lucky passenger as the financial crisis bottomed out all over Europe. I volunteered at a refugee transit center in Croatia and came face-to-face with the human victims of wars in Syria, Afghanistan, and Iraq. I was in the UK just a couple weeks after Brexit and witnessed the foreshadowing of our own faux-populist right-wing takeover of political discourse in the USA.

Simultaneously, I stumbled upon a childhood trauma buried in my subconscious and began to come to terms with my unhappy upbringing in a religious household, made worse by my parents’ toxic marriage — in the words of Harville Hendrix, PhD, theirs was an invisible divorce. I slowly realized that the distant relationship I had with my brother mirrored the relationships my parents had with their respective siblings: fractured, characterized by bullying in adolescence and emotional distance during adulthood. Most importantly, there was never an acknowledgement of trauma inflicted or an attempt to mend old wounds.

Would it surprise you to learn that Nathan circa 2015– despite being well-traveled and sharing amazing stories from places most people only dream of visiting — was a very depressed, confused, and angry 25 year-old?

In the midst of all this, something remarkable happened. An old Jewish man from Brooklyn ran for President of the United States of America. His name was Bernie Sanders and he openly identified as a socialist.

I had never considered activism until his campaign. After seeing firsthand the benefits of a social safety net in countries like Spain and Sweden; after learning how the financial elite caused a crisis we are still reeling from; after seeing the destructive effects of an interventionist US foreign policy dictated by weapons manufacturers rather than the benefit of humanity; after reading books by James Baldwin and Eduardo Galeano and seeing them chronicle capitalist exploitation  over and over and over and over for hundreds of years, everything clicked. 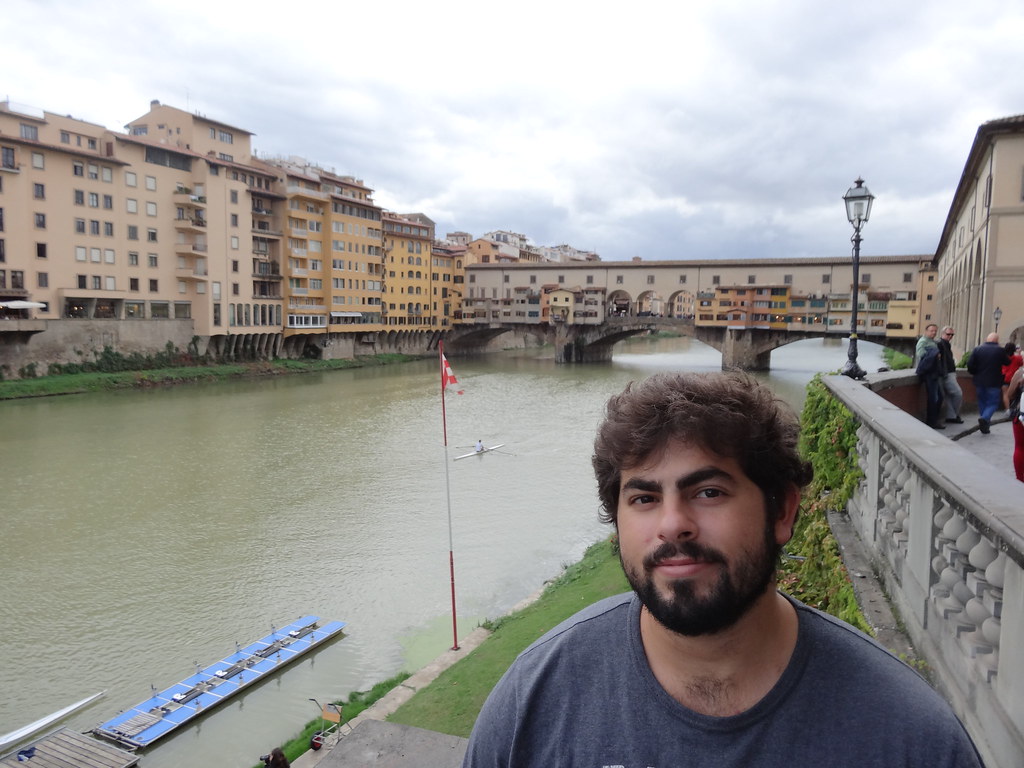 I spent my early twenties trying to find happiness by traveling to new places and meeting new people. While I couldn’t see it at the time, it was a self-centered, inherently meaningless quest — the experience of journeying from one place to another was in itself the end goal. That was exhilarating for a while. But each place I went to made me want to go somewhere else. And making potential life-long friends, only to say goodbye after a week, was emotionally exhausting. Like all pursuits in life, eventually you have to find a new reason or end goal. Walk the Camino? Great, now visit Florence and eat your heart out. Find that one quiet island in Thailand that no other backpackers go to and brag about how in-tune with Thai culture you are the next hostel you stay at. Meet your potential soulmate and share one brilliant week together, and then drift apart.

Travel blogging at this point has become dominated by people who’ve been in the game for ten years or more. What’s interesting is that many people who formerly blogged for a living share a common thread: getting worn out with this life, and looking for something else to find meaning.

Anthony Bourdain’s suicide was perhaps the clearest signal of all that you can live at the apex of every travel blogger’s dream and still want to kill yourself. First, because depression is a chemical illness that requires medication and/or therapy; and second, because travel in and of itself does not equal happiness. There’s got to be something more to life.

A sizeable chunk of people I met while traveling seem to have found meaning from wellness trends. I can’t tell you how many white people of European descent I’ve met who told me they tried Ayahuasca or other substances that originated in cultures and places that have been colonized. I can’t count how many people I know are into yoga — another Eastern practice that has been commodified and appropriated by white people wearing $100 leggings.

It seems to me that there’s a general desire to hide from the abyss — of death and aging, of the hurt we feel from childhood; of the damaged relationships with our parents or siblings or cousins or oldest childhood friends; of the fascist takeover of government happening in the USA and abroad. When given the choice, it’s easier to hide from pain and fear rather than confront it; we’re biologically hardwired that way.

So when I think about who I was a few years ago and the motivating factors that drove me to travel, it’s a bit surprising that I didn’t take the Zodiac seriously, take up yoga or 5 Rhythms as a lifestyle (although for about a year I did the latter on a regular basis), or turn to any number of remedies or spiritual paths that came from colonized or exploited indigenous people in the Global South. I was lonely as hell at some points, and yet I moved forward. But eventually, for the sake of my sanity I had to find a purpose for myself.

What I did for a living — work as a freelance copywriter and content marketer — was challenging and put my talents to good use. And it certainly paid well. But that didn’t imbue my life with meaning.

When I have Big Serious Thoughts, I like to pay a visit to the sea and piece them all together.

Where I first found a reason to live was in my relationships. In 2016 when I was back home in San Diego for a few months I began dating and fell in love with a beautiful, kind, and loving human being. I reached out to my brother and had the most important conversation of my life about our childhood. I talked to my parents and tried to meet them where they were emotionally, with varying success (it’s worth noting that every personal relationship is a constant work in progress — it cannot and will not stop until we die). And on a macrocosmic scale, I considered my relationship to the world at large.

I am Jewish, although I do not practice. I am a male who identifies with the gender given to me at birth, and I’ve never had a romantic or serious physical interest in other men. I’m quite dark skinned so I pass as a local in basically any Mediterranean country, yet benefit from having an American passport and speak English as a first language with a clear California accent. Most importantly I was born into wealth, and went to an embarrassingly expensive liberal arts college without having to take out a dime in loans. Basically, I am a walking definition of privilege.

Contextualize that privilege with my travels and the books I have read, my understanding of my childhood as a victim of both a strained marriage and a fundamentalist religious schooling at a vulnerable age. I took out these underlying frustrations and anxieties on my brother, creating a rift that we are only now working through — and it paralleled the world I see at large, where justice has so often been absent and grievances buried instead of brought out into the light.

It’s no surprise that my ideology, like anyone’s, is deeply intertwined with personal experience. My personal experience and the context it lies in leads me to believe that we should make a sincere attempt at reparations for slavery — to African-American descendants as as well as the lands where they were stolen from. Same for Native Americans. I believe that if I have children of my own one day, I want them to breathe clean air and have access to clean water regardless of whether they live in Flint or Beverly Hills. I believe that gender is a mostly social construct and that homophobia or any act of protecting the “sacred” binary is the action of people who feel so small within their own sexuality that they must impose their insecurities on others. Ditto the right for a woman to control her own body. I believe that men can and should be powerful healers and nurturers. I believe that Israel can be a nation-state with separate laws and privileges for Jews, or it can be a democracy. It cannot be both. Lastly, I believe that large multinational corporations such as Nestle, Unilever, Exxon, and Coca Cola will ever be anything other than predators feasting on the resources and labor for their own narrow and selfish gains. There can be no  rainbow” capitalism or “representative” capitalism or “green” capitalism. Capitalism under any name is ultimately barbarism. Here’s a partial list of atrocities committed by the US government, in case you want to learn more or disagree with my assertion.

In the process of trying to make myself a better, happier person, I stumbled on a part of my past that was buried by shame, anxiety, and guilt. It was through this lens that I began to view the world in a similar way. There is so much history that is not discussed. There is so much pain and injustice in this world that, from the perspective of a relatively prosperous person like me, is invisible. Poverty, it turns out, is the silent genocide. No one notices; no one pays attention; the victims are too busy struggling for their survival to speak out. And that affects me. I lose sleep over it. I don’t need to experience it personally for it to be real. Likewise, I feel the pain of refugees. I feel the fear of women walking home at night on unlit streets. I feel the unease of a black person in America every time they see a cop.

I don’t believe in an afterlife. I don’t believe in spiritual redemption or salvation or reincarnation or metaphysical healing. I don’t believe we will fly off into space and colonize Mars. Earth — our pale blue dot — is the only home we will ever have. I am, first and foremost, an Earthling. I want our biosphere to thrive. I want our species to thrive — all of us, not just some of us. When I am long gone I hope my body replenishes a small piece of ground so that a tree may grow and become a giver of nourishment and oxygen.

As Galeano said: “Many small people in small places, doing small things, can change the world.” I would like to think that having a better relationship with the people I truly care about is one small way that I can make the world a better place. Together we can create a more just world, a loving world, a place of reconciliation and peace. And that once I am gone, the people I leave behind, and that legacy, will have a life of its own. That’s meaningful enough for me.

18 thoughts on “What are you escaping from? What is hurting you? What are you fighting for?”