Rising out of the chaotic, endless cityscape of Amman is an abandoned theme park.

It’s Amman’s answer to the Ukranian town of Pripyat, which was abandoned after the Chernobyl disaster.

Thankfully there has never been a nuclear reactor meltdown in the vicinity of Amman, so the park’s closure was not related to public health and safety (that we know of, at least).

Somewhere in the 3rd circle—like the arrondissments of Paris or the districts of Budapest, Amman is divided numerically—there is a massif of concrete terraces and rusty chain-link fences. 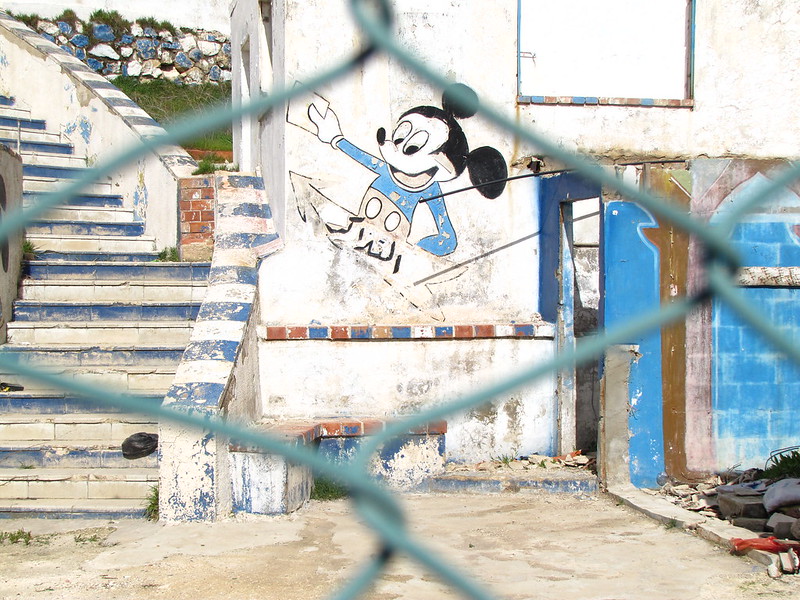 The walls of this place are decorated with faded bootleg approximations of Disney characters, most of which are probably grounds for a copyright violation lawsuit—if the Disney corporation knew, cared, or had anyone to sue.

A set of weed-ridden stairs leads up to an amphitheater, clearly used for animal shows or theatrical performances but now jarringly empty. Bizarrely, there are planters shaped like bears ringing the seats.

Opposite the amphitheater is a rusted gate with a heavily oxidized metal chain, barring entry to a ghostly swing ride. When the wind gusts up the hill, the chairs tilt slightly, as if phantasmal children are rocking with excitement before being shuttled around in circles.

At the top of the hill, a sign with faded Arabic characters points to the right, and when you follow the short path around a bunker-like building you emerge onto a raised cable car platform. 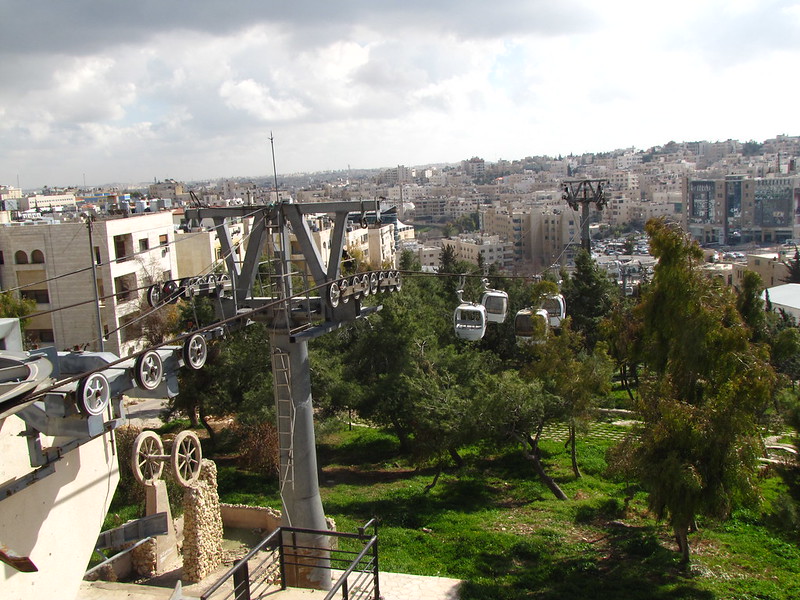 There are Mediterranean pines and olive trees dotting the hill, and an old gondola line passes between the stands of trees.

The wind blasts through the empty cars, rustles trees in its wake, and stirs up loose debris. It swirls upwards on invisible eddies of air, cast into the undulating concrete forest of urban sprawl.

6 thoughts on “Postcard From Amman: An Abandoned Amusement Park”