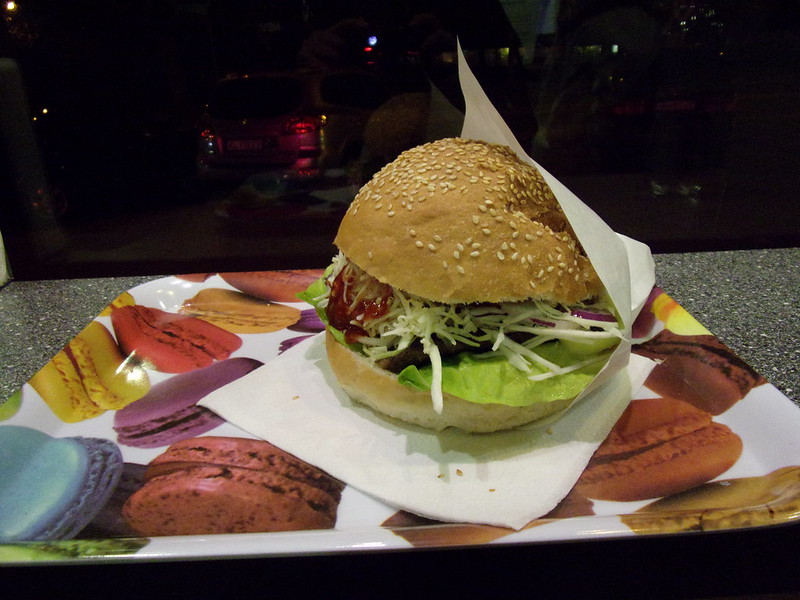 It was about 10 PM when I arrived in Kiskunhalas, somewhere near the border with Serbia. The overnight train to Novi Sad wasn’t due for a few hours and the station was empty so I walked into town. Here and there a light shone through the veil of bare trees that stood between tidy houses and the street.

My stomach growled, a reminder that I hadn’t eaten since noon, when I left Pécs and hitched east to Szeged.

A faint glow coming from farther up the road caught my eye and I walked briskly towards it. An enormous inflatable hamburger crowned a shop that said SZUPERBURGER. The broad glass windows and yellow lighting reminded me of Hopper’s Nighthawks. I entered.
Three ladies were working behind the counter. I arrived towards the end of service, and there were only four other people inside. Two teenage girls lounged in the corner and mashed at their phones. A bored couple stood waiting at the counter for their order.
The menu was an indecipherable mess of Hungarian. I deduced that a place called Szuperburger probably had a namesake sandwich and asked for one. The girls in the corner looked up from their phones and stared unabashedly at me. I tilted my head in their direction and smirked. They giggled and began whispering at breakneck speed.
My Szuperburger arrived on a tray and I tucked in. I faced the window and saw the girls’ reflection behind me; they were making no effort to look away. I was tempted to ask if they had seen an American before, but realized they wouldn’t understand anything I said. So I contented myself with their attention and ate.
I stayed inside after the other patrons left and asked the women at the counter if any Americans ever came to visit Kiskunhalas. Not surprisingly, the answer was no. I bade them good night and walked back to the station, accompanied by the horn of a freight train passing through. 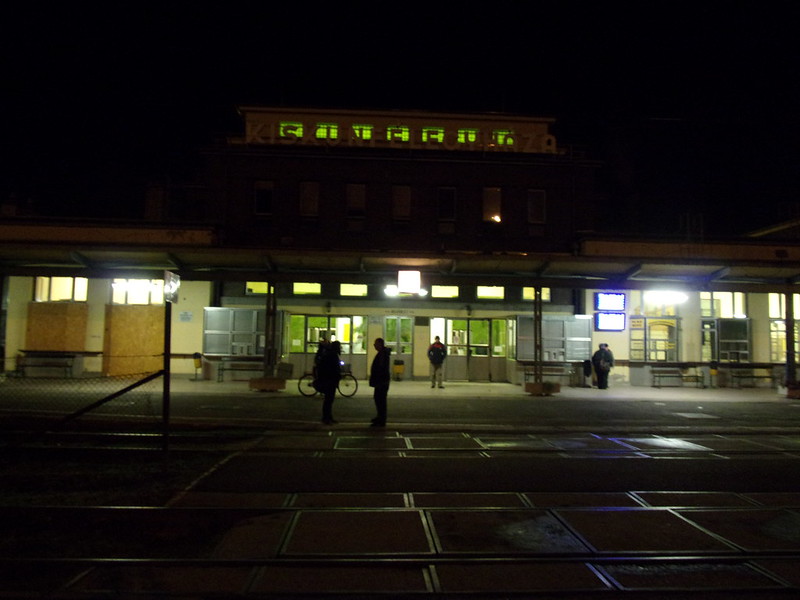 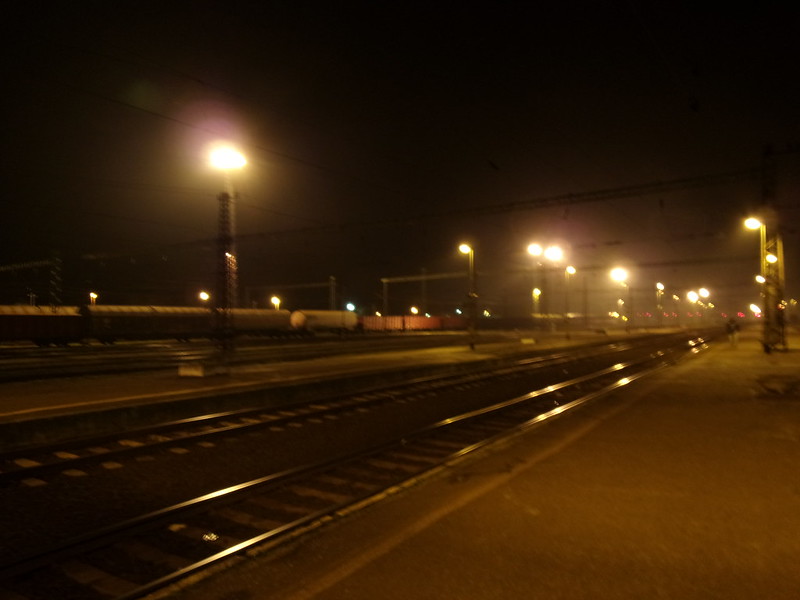