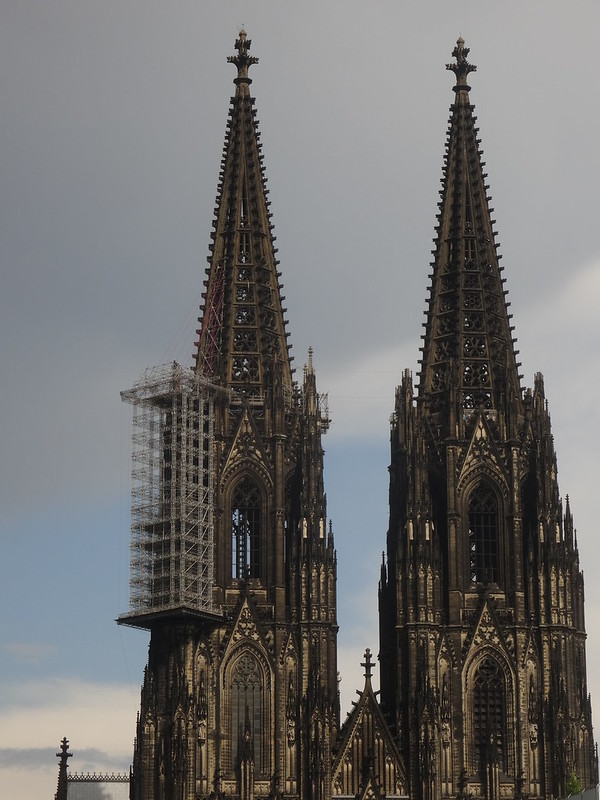 Cologne (Köln–unpronounceable to English speakers everywhere) is a city on the massive Rhine river in West Germany. 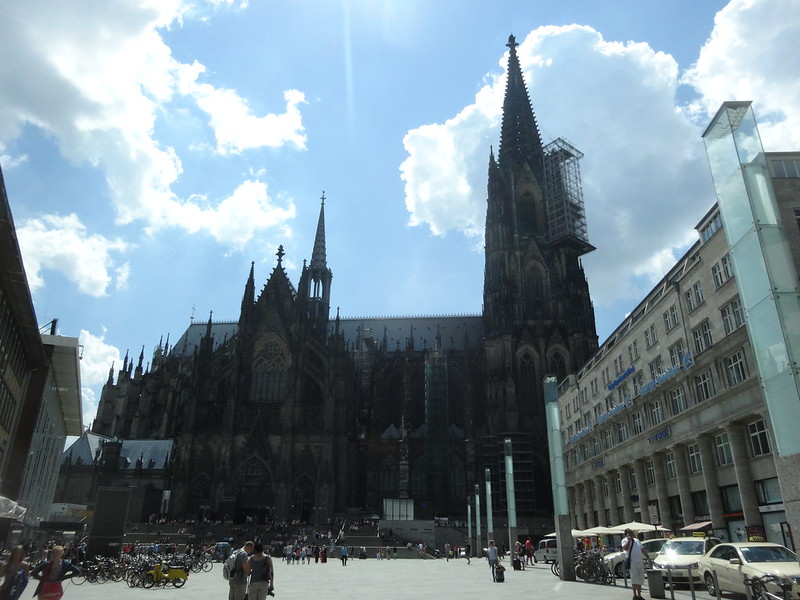 It’s best known for the huge cathedral that lies adjacent to the left bank of the Rhine–you can see it for miles away in just about any direction. 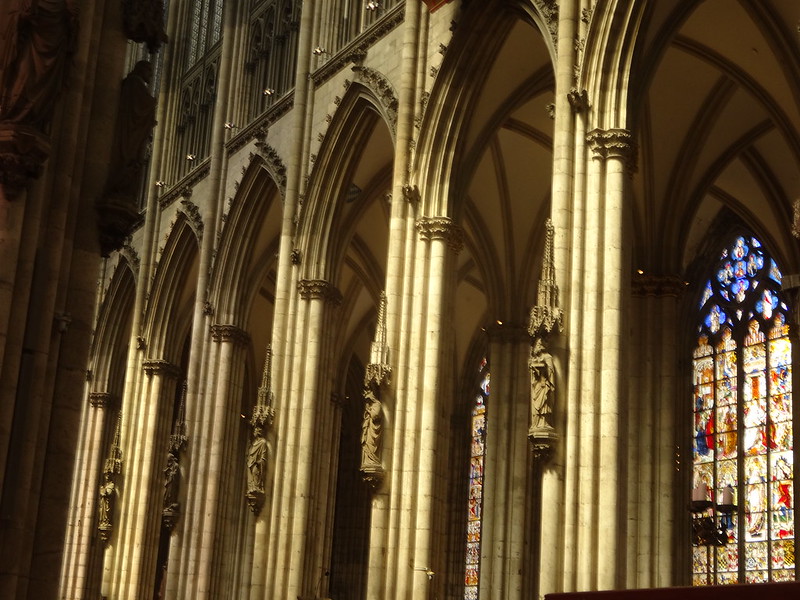 Whereas many cathedrals in Europe, were completed within 100 years of beginning construction–Bourges is a notably fast example of it being done in less than 40–a series of factors delayed the final completion of Cologne Cathedral until the mid-19th century, six centuries after construction began. 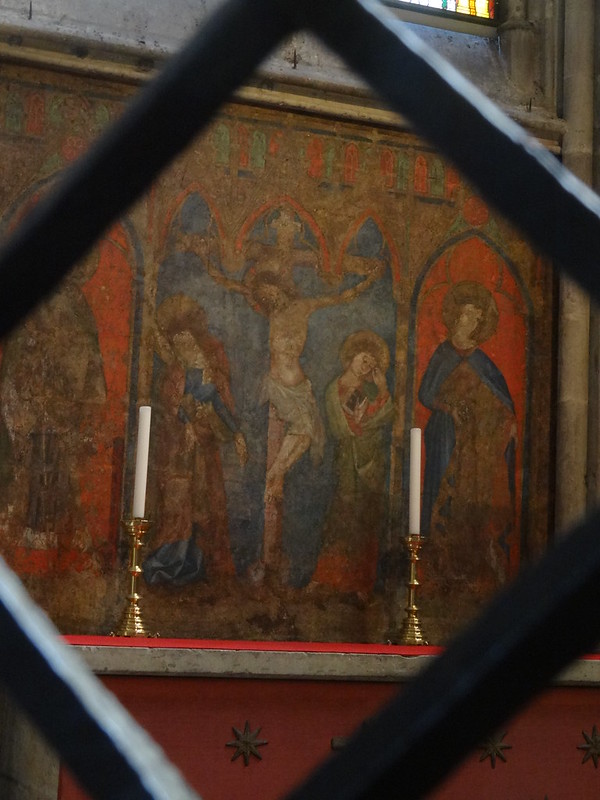 The earliest incarnations of the cathedral here go back to the 4th century, with several structures built in the intervening 900 years before the present one was started. Due to its strategic location on the Rhine, Cologne was a thriving trading center during the High Middle Ages, and with a population of about 50,000 was the center of clerical power in the Rhine, although a local municipal council held control over many facets of city governance. 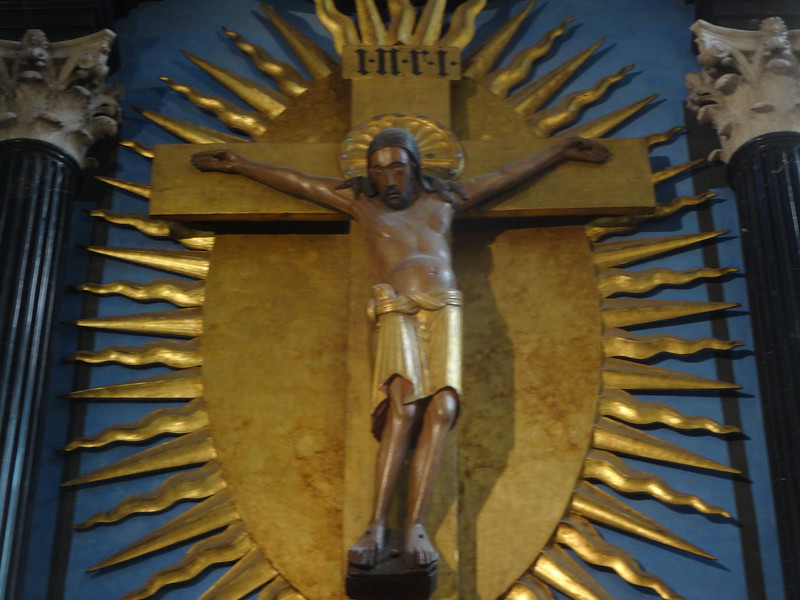 As always the case with a confluence of power and wealth in the Middle Ages, a grand church was built to convey the city’s strength. The famous Gero Crucifix–the oldest surviving monumental sculpture of Christ north of the Alps–demonstrates Cologne’s rise to prominence as early as the second half of the 10th century, when it was carved. 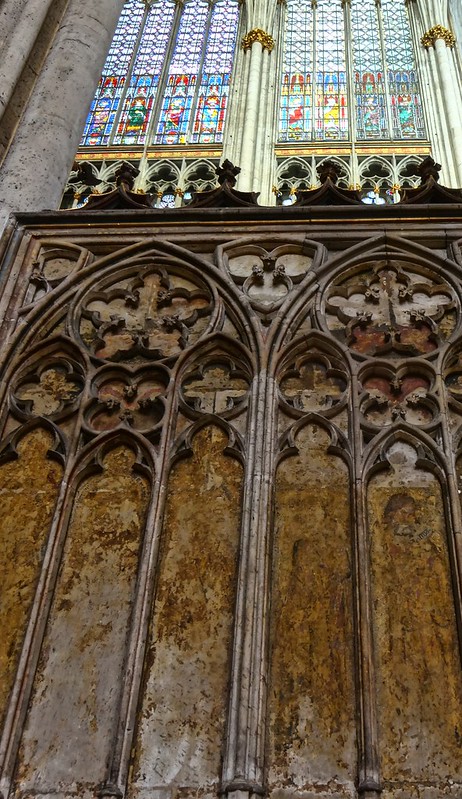 The massive painted wooden choir screen, which is almost as old as the cathedral itself, features a sequence of trefoil and quatrefoil arches that mimic the triforium above. Access to the high altar is cut off to visitors, so I couldn’t include a shot of the majestic gold reliquary of the Three Magi, designed by the goldsmith Nicolas of Verdun. After more than 200 years of work, construction halted in 1473 and stopped for almost 400 years. This photo from 1856 shows what it looked like during the intervening period–a reminder of the glory days of the city, left half-complete. 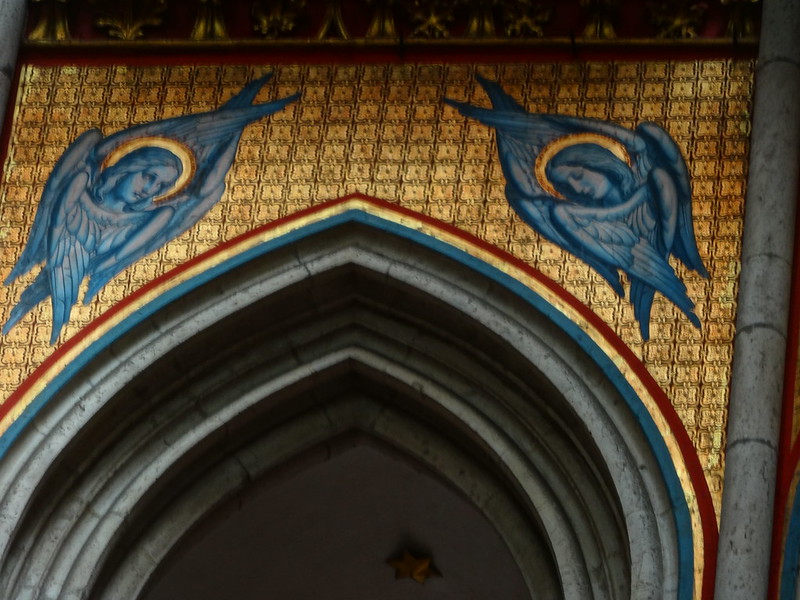 Work to complete the designs of the cathedral resumed at the same time that the new republic of Germany was rising to its feet thanks to the boom of industrialization. The cathedral interior was touched up and repainted, and the western towers were finally completed in 1880. 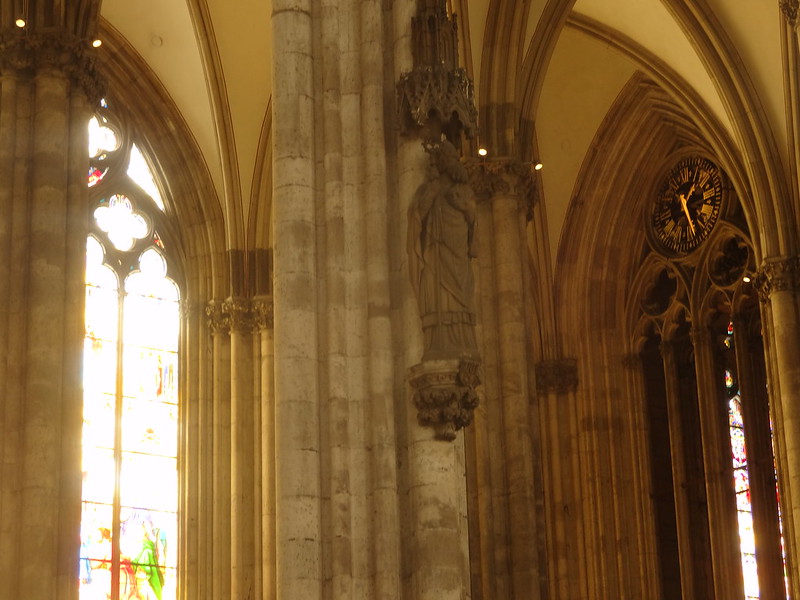 Ensconced in the south aisle of the cathedral is this brass clock–a reminder of sorts that the completion of this mountain of a cathedral, given enough time, was ultimately possible. Sometimes it just takes 600 years.

If you’re interested in other super awesome cathedrals that I’ve visited, check out these posts on Amiens and Chartres–two masterpieces of Gothic architecture that set the style for Cologne and other great cathedrals to follow. You can follow this blog for free and learn about Cologne and other cool places by subscribing at the top of this page.