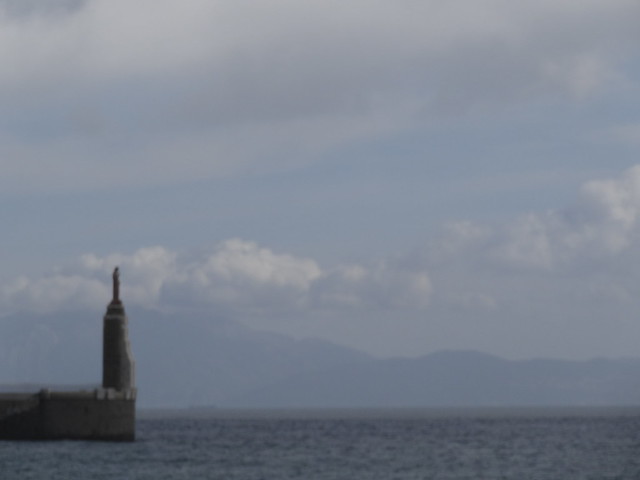 While the good people of Cádiz had a ball during Carnaval, I was taking an extended siesta in Tarifa, a tiny jewel of a city that’s so close to Africa you can see Morocco’s rugged coastline looming up over the harbor. 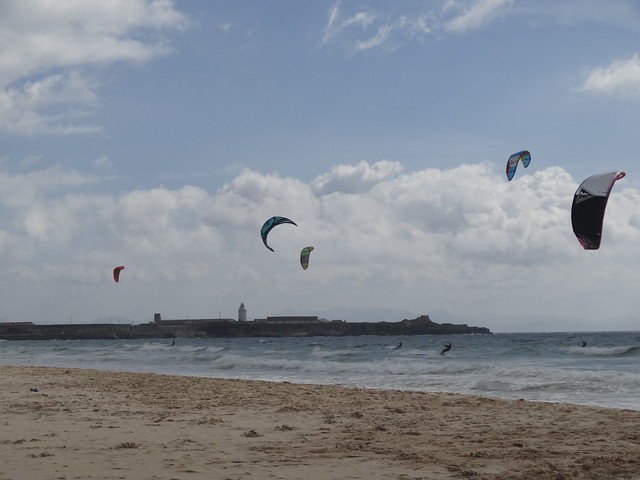 The only other thing of note about Tarifa is that the forecast here always includes wind, and this brings kitesurfers here in droves. Apparently some of them possess levels of balance, flexibility, and courage to do more than just hang on for dear life, but most of them look like clinging to their oversize kites is about all they’re capable of. Between kitesurfing and real surfing, I choose the later, although there’s less standing involved when I surf and usually more falling on my face. 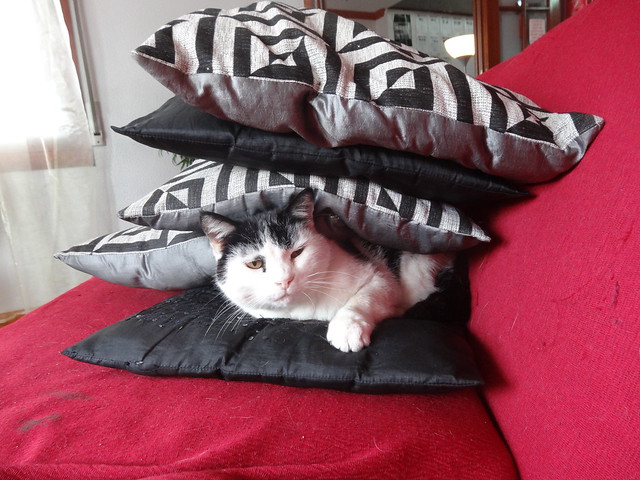 Speaking of good fun and falling on my face, the hostel I stayed at provided most of my entertainment for the duration of my visit, since I was still in no shape to go into the ocean. The resident hostelcat is 13 years old and decidedly less shy than the cats I cohabited with when I spent 2 days with the midwife of Brussels. The cat also displayed a remarkable amount of willingness to be used as a resting place for pillows, and I can confirm that I was in its good graces because not long after stacking the cushions on it the cat decided to use my lap as its own personal pad–a fair trade for all parties involved. 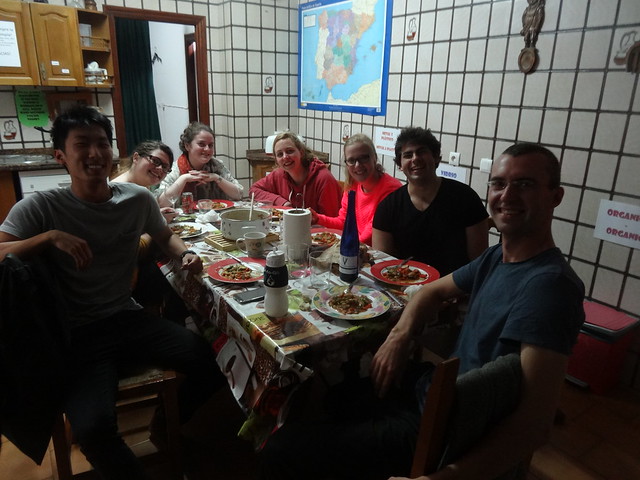 Because no story about a hostel would be complete without a word about the people, I must say this was one of the best dinners I’ve had since I spent Christmas in Belgium. We had an eclectic mix of characters: two German girls who were in Tarifa to kitesurf; two Irish girls who were taking a short vacation while in the midst of teaching English in Cordoba; a really laid back Brazilian-Korean (apparently there are about 40,000 of them in Sao Paolo) dude named David; and Per, a humble Norwegian who walked the Camino de Santiago’s Le Puy route way back in 2007 before it was something cool for middle aged American and Canadian tourists to do. If you want to see photos of his trek, click here.

Since I was the one making dinner, and I know you’re curious, the sauteed Brussels sprouts with lemon, garlic and white wine were an excellent starter. And the ratatouille I made was devoured–not a single plate had a speck of food left on it. We followed dinner with a few hours of chitchat and several bottles of wine to lubricate conversation, and this is where I made my fatal mistake: I was still recovering from a stomach infection but doctor’s prognosis be damned, there was good wine to be had and pretty girls to flirt with!

All was going well til about midnight, when the booze caught up with me. I went to the bathroom and was sick, then promptly excused myself to the folks at the table and went to bed. Not two minutes had passed when Carol, one of the Irish girls, sauntered into the room–which we shared with 6 other people–drunker than me and proposed I make out with her. I was feeling like pure death at this point and told her as much, to which she replied “pussy,” and left.

As momentarily disappointed as I was in turning down an easy opportunity, I was heaving laughter by the time she was gone. The richest man I know once told me that the Universe always provides, and in this case it gave me a double dosage of scathing reality in the form of a heavily upset stomach (needless to say my recovery was set back by a day because of my drinking) and a pass on the easiest hookup I’d been presented with in quite a while. What else could I do besides laugh?

If this is your first time reading my blog, let me know in the comments section below! Wouldn’t it be awesome to see more cool places like this every time you opened your email? Following my blog is free, and I don’t believe in spam–click on the “Follow!” button up there on the right for updates on my travels and inspiration for the next time you go somewhere new!

One thought on “Tarifa: Booze And Sickness Don’t Mix”